Beyond the Beach: A Guide to Cape Cod Museums 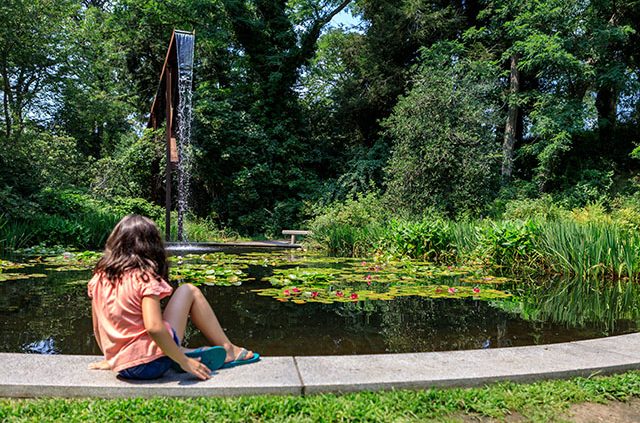 Like many others, for me Cape Cod has always conjured beaches, clam shacks and miniature golf. I spent a couple vacations as a kid in Chatham and waitressed in Harwich Port the summer after college. Then it was off to big cities and real jobs. Serendipity brought me back to Cape Cod, where I’ve lived year-round for 20 years and discovered a host of wonderful things to do at all times of the year and in all types of weather. For summer days when you want a change of pace from the beach, these seven Cape Cod museums can’t be beat.

When I debated buying my house in Sandwich Village, a deciding factor was that I could walk to this 100-acre gem. It should be on everyone’s Cape Cod museums itinerary, especially this summer as Heritage celebrates its half-century mark with “50 for 50: Fifty Years, Fifty Favorites,” a giant scavenger hunt that will captivate young and old. Wending your way by foot or trolley through spectacular gardens and other spots, a map leads you to 50 items spread through the three museum buildings and the grounds.

If you’ve never seen a pristine 1930 Duesenberg, a Korean stewartia tree or Buffalo Bill’s rifle, now’s the time. Celebrate checking all 50 items off your list with a spin on the restored 1908 Looff Carousel with animals like an ostrich, giraffe, frog and zebra vying with the horses for riders.

I logged many rainy-day hours here when my daughter was young, having nearly as much fun watching her explore as she was enjoying the more than 20 interactive exhibits. It’s one very big space with a walk-on pirate ship in the middle, surrounded by activity stations including one with dress-up paraphernalia, a play kitchen and restaurant, a puppet theater, a submarine, a train, a fishing pond and a workbench with tools. Just right for toddlers to 10-year-olds and parents who don’t expect big-city children museum features like multiple floors and an Imax theater.

This 35-year-old museum that sports a new addition to its 18th-century main building just got easier to spot for another reason: several trees out front painted electric blue by artist Konstantin Dimopoulos. It’s part of an ongoing worldwide environmental art installation meant to draw attention to global deforestation and the importance of trees to the planet. It’s also a way to make people aware that there’s contemporary art inside as well as the museum’s well-known historical collections. This summer, “Exquisite Shells: The Art of Sailors Valentines,” an extensive international exhibition in the museum’s new modern wing, traces the fascinating history of the art form from its 19th-century beginnings to the cutting-edge designs of contemporary makers. Some intricate arrangements feature thousands of meticulously placed shells, requiring the supplied magnifying glass to truly appreciate. 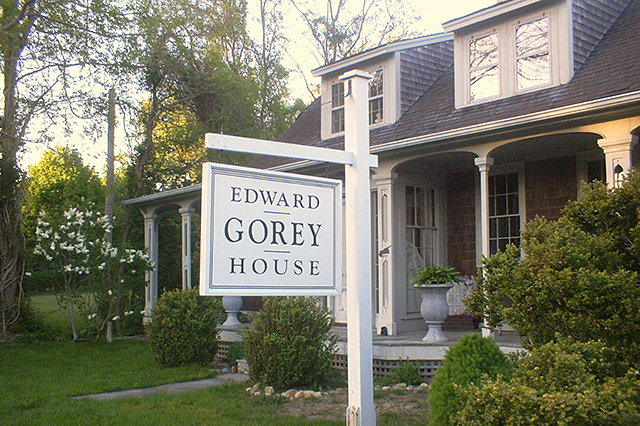 You can explore the witty world of Edward Gorey at his home-turned-museum in Yarmouth, Mass.

Coming face to face with objects from Edward Gorey’s life and work in the 200-year-old sea captain’s home where he lived, you get a delicious taste of just how brilliantly quirky the late author, illustrator, playwright and set and costume designer was. Arguably the most unique of all Cape Cod museums, the collection also honors Gorey’s passion and concern for animals, raising awareness about local and national animal welfare issues. This summer’s exhibition, “Hippity Wippity: Edward Gorey and the Language of Nonsense,” explores imagery and language that is “whimsical and stark, mysterious and beautiful.” Families with young children will want to put Aug. 3 on their calendars. That’s Fantastagorey Day, the museum’s annual children’s summer festival and a day of creative games, activities, storytelling, puppetry and free admission for all.

FIND & BOOK A HOTEL IN CAPE COD WITH AAA

Nestled in a pleasant campus-like setting shared by the funky Cape Cinema and the famous Cape Playhouse, the museum is small but mighty, with an ambition to pay homage to artists past and present with connections to Cape Cod. Through Aug. 25, “Moby Dick: Inspired Visions” by Peter Michael Martin fills, appropriately enough, the ship-hull-ceiling gallery with two dozen unique works of art inspired by the novel, including a life-size kinetic wall sculpture. It’s a monumental, playful and profound tribute to Cape Cod’s whaling culture and to author Herman Melville on the 200th anniversary of his birth. On Thursdays, museum admission is free between 5-8 p.m., and all summer long the museum offers a variety of art classes for kids. AAA members save $1 on general admission with a valid AAA card.

For nature-lovers, this is the go-to of all Cape Cod museums. Exhibits on two floors include the geologic history and archaeology of the area; Bird Alley, with over 200 preserved birds; a whale exhibit; and an aquarium with different species of crustaceans, mollusks, fish, frogs, turtles and snakes. Several interactive displays are geared toward children. Nature film screenings and guided field walks are offered daily, and the museum’s Kid Summer Day Program engages aspiring naturalists from 3 to 15 in the wonders of local flora and fauna. 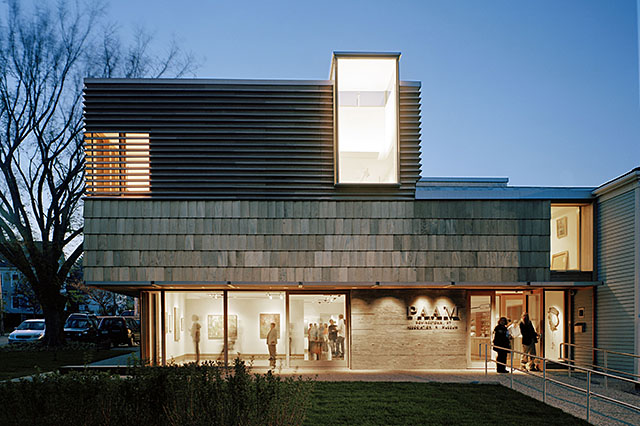 As one might expect in the oldest continuous art colony in America, PAAM is the jewel in the crown of Cape Cod museums. “Our mission is to hold true to the artists who have ties to the Cape and Islands,” said Christine McCarthy, the museum’s executive director whose expertise and enthusiasm have guided the museum’s programming for almost 20 years. She’s excited about this summer because the museum is showcasing several living artists in addition to the esteemed historical collections. “Circa 1945: Abstract Art in the Renee & Chaim Gross Foundation Collection” is an opportunity to see items from a special private collection outside of visiting the foundation in Greenwich Village. Also on view, “Stephen Pace in Provincetown” features both the artist’s abstract and figurative oil paintings and watercolors, and “Selections from the Pat and Nanno de Groot Collection” presents recent acquisitions gifted to PAAM, including works by Pat de Groot, Nanno de Groot, Richard Baker and Paul Bowen, among others. All summer, dozens of one-day to weeklong workshops are offered in printmaking, painting, drawing, performance art and photography.

Discover more fun things to do in Cape Cod.

What are your favorite Cape Cod museums? Share them with us in the comments.