Erin go bragh! Whether you’re Irish or not, you'll receive a hundred thousand welcomes at a St. Patrick’s Day parade in the Northeast. 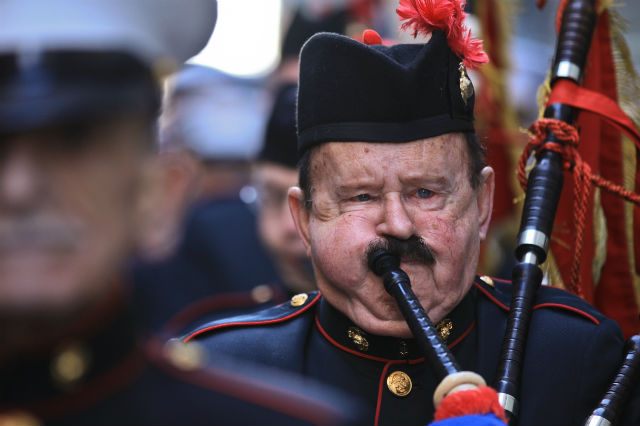 Newport loves St. Patrick’s Day. (It even has a sister city – Kinsale – in the Emerald Isle.) Parade organizers hold a Half-Way to St. Patrick’s Day festival every September to raise money for the March extravaganza.

After the parade, there are several community events. The St. Patrick’s Day Family Celebration, at the Martin Recreation Center, has bagpipers, step dancers, face painting and more. You might even win a prize.

Operating since 1842, the Greater New Haven St. Patrick’s Day Parade is one of the oldest parades in the country. 3,000 people march and around 300,000 spectators attend.

The New York City St. Patrick’s Day Parade is one of the oldest civilian parades in the world. It’s been running since 1762 and gets bigger every year. There are usually 150,000 to 250,000 marchers, and around 2 million spectators decked out in green.

The New York City St. Patrick’s Day Parade marches north along Fifth Avenue, from 44th to 79th Street. Along the way, it passes by St. Patrick’s Cathedral, named after the very same patron saint of Ireland.

There are no floats in this parade, but there are plenty of marching bands, scores of bagpipes, Irish step dancers and local politicians wearing green ties. The parade is led, as always, by the Irish 69th Infantry Regiment, and includes many Emerald societies – organizations for firefighters and police officers of Irish descent.

You can catch this parade from anywhere along Fifth Avenue. Make sure to get to your spot early, though.

St. Patrick’s Day is actually a legal holiday in Boston (and surrounding Suffolk County), thanks to Evacuation Day, the anniversary of the retreat of 3,000 British troops from Boston during the Revolutionary War. The first observance of St. Patrick’s Day in the Colonies was in Boston in 1737. New York City didn’t catch up until 1762.

The  South Boston St. Patrick’s Day Parade snakes around West and East Broadway and ends at Farragut Road. It’s estimated that around 600,000 to 1 million spectators attend.

At the parade, you can expect to see pipe bands from Ireland and the U.S., marching bands, colorful floats and Emerald societies.

If you need a place to stay near one of the St. Patrick’s Day parades, you can get a great deal when you book a hotel with AAA.

So, what are you waiting for? Head out there and celebrate St. Patrick’s Day in the Northeast! We’re sure the road will rise to meet you, and the wind will be at your back.

5 Thoughts on “St. Patrick’s Day Parades in the Northeast”