18 COMMENTS
Hotels & Resorts » The Most Unique Hotels in the USA

If you are a frequent traveler you know that staying in the same types of rooms over and over again can get boring. A run-of-the-mill weekend hotel can look the same no matter where you go. Sometimes, to preserve the enchantment of travel, one must pursue weirder and more unique hotels in the USA.

No list of unique hotels is complete without the Liberty Hotel. Nestled at the foot of Beacon Hill in Boston is a luxury hotel built out of the historic Charles Street Jail. You heard me right: the Liberty Hotel is a AAA Four Diamond Designated establishment where guests can stay in jail. Well, not exactly jail. The accommodations are renovated, posh and roomy. In terms of decoration, the hotel has a running motif of antique keys, iron bars and exposed brick.

The property is replete with themed bars and restaurants. At Alibi, you can enjoy a cocktail in the prison’s former drunk tank, while at Clink., you can dine on fresh seafood, heirloom produce and weekend brunch from behind bars.

The Library Hotel is a literary-themed establishment in New York City. It’s exactly what it says: a hotel that’s also a library. Floors are based on the Dewey Decimal System and rooms are based on different genres, complete with personal books curated for your rooms. The hotel’s reading lounges offer hundreds more books to choose from.

Take a dive – literally – into Jules’ Undersea Lodge. The lodge is a restaurant and hotel inspired by the work of Jules Verne. As a result, it’s five fathoms under the water at Key Largo Undersea Park. To get to the Lodge, you must scuba dive all the way down yourself. If you’re not certified, don’t worry. They have classes. As weird hotels go, it’s one of the weirdest. It claims to be the only underwater hotel in the world.

The Stanley Hotel was the inspiration for Stephen King’s “The Shining,” and the location for the 1997 miniseries adaptation of the book. Embracing its status as one of the spookiest unique hotels, The Stanley offers many King-related experiences, such as a hedge maze, paranormal tours and a ghost adventure package.

The McMenamins Kennedy School invites you to “fall asleep in class” in every meaning of the phrase. The Kennedy School is an old elementary school that has been renovated into one of the most unique hotels. The rooms of the hotel are fashioned from old classrooms and other areas of the school. Some of them still have desks and chalkboards.

The hotel boasts multiple bars and restaurants riffing on the school theme and carved out of restored school rooms. Detention has been turned into a bar where you can drink and smoke cigars with the other rebels. Or you could drink with the nerds in the Honors Bar. The school’s old cafeteria has been transformed into the Courtyard Restaurant, which serves pub food instead of square pizza. Don’t tell the vice principal, but the girls bathroom has been turned into a brewery.

This historic hotel, which opened at the turn of the 20th century, once served as temporary housing for survivors of the Titanic. Its slim rooms are reminiscent of sleeper cars on trains or cabins on ships. No bathrooms, though – they’re down the hall! The aesthetic of the hotel is grounded somewhere in the 1920s, with bellhops dressed in maroon suits and hats and maids dressed in black and white. It looks almost like a Wes Anderson-directed adaptation of the Tower of Terror. These are some of the cheapest and most stylish rooms you’ll find in the city.

The Out’n’About Treesort is a vast network of treehouses strung together by bridges, zip lines and ladders. The treehouses are all different, with unique designs and interiors. Many of them have modern amenities, like running water, toilets and refrigerators. It is a family-run bed and breakfast, with no locks on the treehouse doors.

This quirky and colorful hotel is filled with unique and specialized theme floors, designed with tongue-in-cheek. As you ride up on the elevator, the doors will play a different jingle with every floor they reach, like the “Ghostbusters” music, the “Star Trek” theme or “Margaritaville.” Spend the night in one of the ultra-decorated theme rooms, based on everything from “Talladega Nights” to “I Love Lucy” to knock-knock jokes. The lobby is filled with pop art by local and nationally renowned artists, adding to the technicolor aesthetic of the Curtis Hotel.

The Wigwam Village Motel in Arizona is one of three surviving “wigwam motels” in the United States. It is situated right off Route 66, providing a series of fake teepees to house weary travelers. This ring of concrete teepees (mistakenly referred to as “wigwams”) served as the inspiration for the Cozy Cone Motel in the Pixar film “Cars.” There are also many vintage cars on display year-round in the parking lot.

The Chena Hot Springs Resort in Fairbanks, Alaska, was founded over 100 years ago. At Chena, you can enjoy hot springs and the aurora borealis. It’s also home to the largest year-round ice museum in the world, the Aurora Ice Museum and Ice Bar. Guests have many experiences to choose from, like dog sled rides, healing mineral waters, snow coach tours and skiing. It is a beautiful, remote location filled with Alaskan wildlife and breathtaking views.

The Rainbow Ridge B&B is actually a working farm with crops and livestock. As a guest you can help milk goats, feed baby animals, harvest from the garden and collect eggs. It even has a calendar tracking when the new babies are supposed to be born. At night you can lay your head down in one of the rooms of the 1880s farmhouse. You don’t even need to worry about setting your alarm; that’s the rooster’s job!

The Inn at Christmas Place, Tennessee

This unique hotel is straight out of a Hallmark movie. The Inn at Christmas Place is a AAA Three Diamond Designated hotel in Tennessee across the street from a Christmas-themed shopping center. The inn is open all year-round. It is a tall, formidable presence, with Bavarian architecture and multiple spires. In the lobby, there is a giant glockenspiel which goes off hourly from 9 a.m. to 9 p.m. every day. There is a nightly concert by Singing Santa, who has an acoustic guitar and sings Christmas carols. And finally, the crown jewel: Their phone number is 888-HOLY-NIGHT.

Once a world-class ocean liner, The Queen Mary is now docked permanently in Long Beach, California. This cruise ship, which last sailed in the 1960s, is the pinnacle of weird hotels. Enjoy the art deco architecture, luxury spas and nautical theme, but beware! The RMS Queen Mary is said to be one of the most haunted places in America. You won’t have to encounter the ghosts all alone, though. You can take one of the many paranormal walking tours.

Come stay at the grandfather of unique hotels! Longfellow’s Wayside Inn is the oldest continually operating inn in the United States. With three centuries under its belt, it’s older than America itself. The inn crossed paths with George Washington, the Marquis de Lafayette and Henry David Thoreau. It wasn’t until Henry Wadsworth Longfellow wrote a book based on the inn, entitled “Tales of a Wayside Inn,” that it cemented itself as an American landmark. In 1923, Henry Ford purchased the inn and transformed it into the first living history museum in the United States.

If you could visit any of the unique hotels in the USA, which would it be? Let us know in the comments below!

18 Thoughts on “The Most Unique Hotels in the USA” 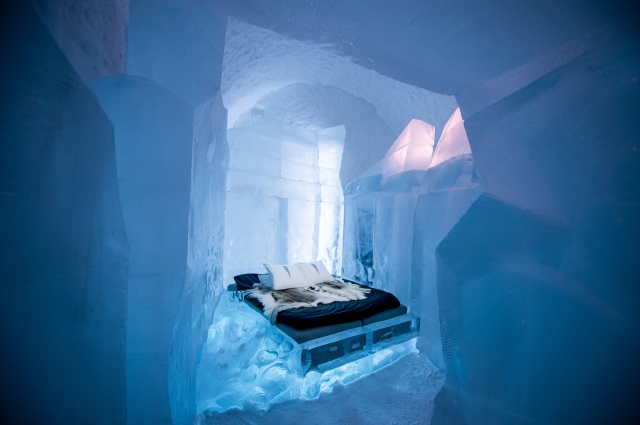 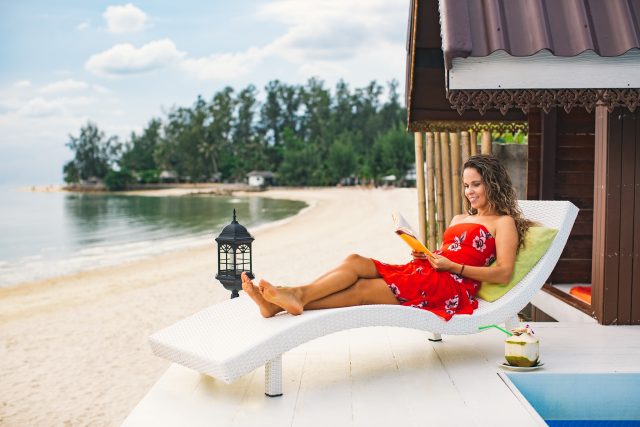 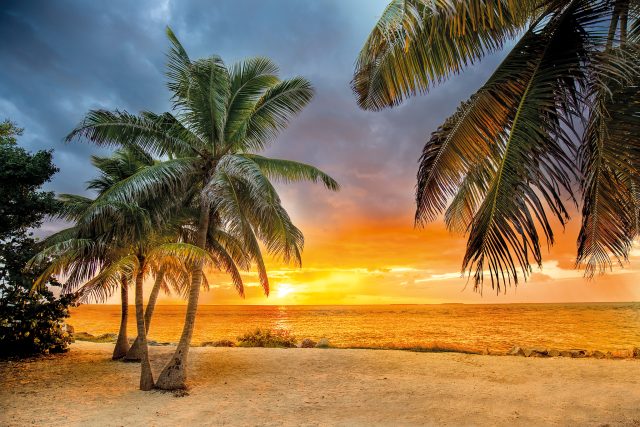 Headed to Florida with the kids? Check out these hotels and destinations that are perfect for the whole family.