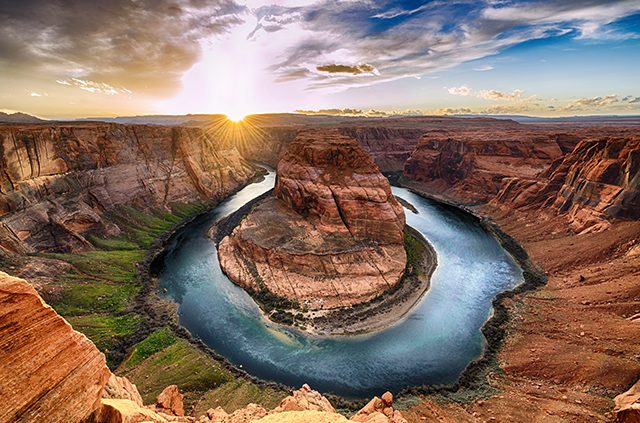 The South Rim of the Grand Canyon National Park is open year-round. The North Rim is open seasonally, from May 15 until Oct. 15.

The Grand Canyon National Park is located in northwestern Arizona. The North and South Rim Villages are approximately 215 miles apart.

Most visitors drive their own cars and campers into the park. Inside the park, various shuttle buses – some free; others requiring a fee – transport visitors around the South Rim Village, between the North and South Rims, and elsewhere. There are also multiple day tours available as part of Grand Canyon vacation packages.

Some of the popular activities in Grand Canyon National Park include: 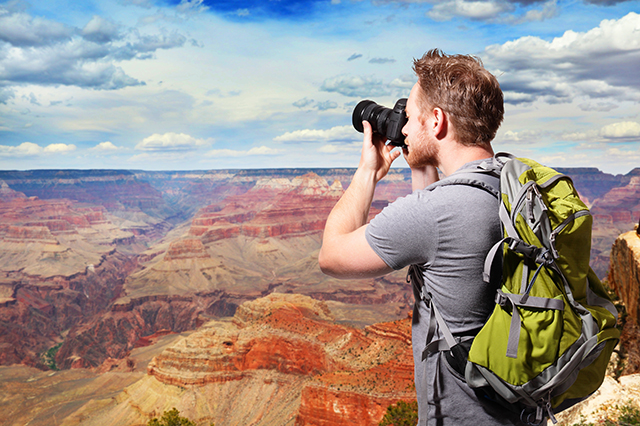 Pets are permitted in limited areas in the park, including named trails above the rim, some campgrounds, and in developed areas. They are not allowed below the rim (on trails), in lodging, or on tour or shuttle buses. The park has a kennel at the South Rim.

All park shuttle buses are wheelchair accessible, and most park facilities (restrooms, lodging, dining) are accessible as well. Some scenic overlooks are accessible, but many trails are not, due to the nature of the terrain at Grand Canyon National Park.

Grand Canyon National Park contains several lodging options. Hotels are available at both the North and South Rims. Reservations must be made well in advance to ensure a room. The Phantom Ranch, at the bottom of the canyon, is available year-round, and beginning in January 2019, a lottery system will be used for reservations. Several campgrounds can be found at both rims, though only the Trailer Village RV campground at the South Rim Village has hookups. Backcountry camping is allowed; a permit is required.

What restaurants are available?

Numerous dining options are available at both rims and at the Phantom Ranch. Choices range from fine dining to quick, grab-and-go options. Several grocery stores are also located in the park.

Have you ever been to Grand Canyon National Park? Is it on your wish list? Tell us in the comments.