Be ready for pretty sights the minute you step off the train in Union Station. Here are our Top 10 things to do in Washington, D.C.

1 COMMENTS
North American Tours » The Top 10 Things to Do in Washington, D.C. 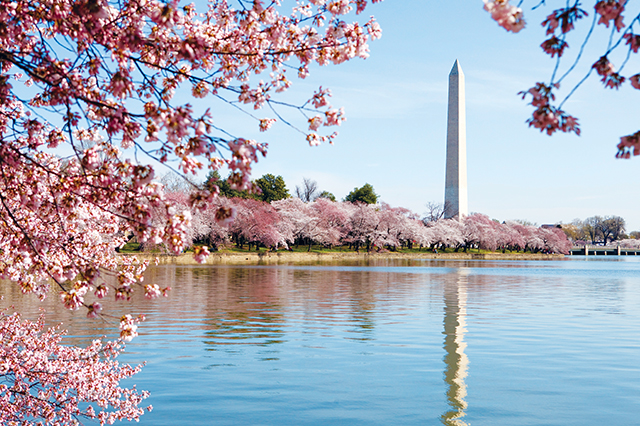 As an ever-evolving repository of American history, our nation’s capital is the place where politics and “we the people” intersect. The city, which straddles the Potomac River bordering Virginia and Maryland, rewards visitors with grand neoclassical architecture and dozens of monuments honoring leadership, heroism and sacrifice. Ongoing downtown revitalization, including a thriving international dining scene, continues to make D.C. more appealing than ever. Here are some can’t-miss things to do in Washington, D.C.

Things to do in Washington, D.C.

The Smithsonian is the world’s largest museum complex, and within its 19 buildings there’s a ton of cool stuff to see. Head to the National Air and Space Museum to check out the planetarium, or marvel at the many aircraft and spacecraft on display. The National Museum of American History is packed with interesting artifacts relating to American culture like Dorothy’s ruby slippers and Julia Child’s kitchen. Or check out the National Museum of African American History and Culture; the most recent addition to the Smithsonian opened in September 2016. A trip to one or several of the museums is among the Washington, D.C., day trips that you simply can’t miss while visiting.

Spending time in Georgetown is one of many fun day trips around Washington, D.C. You’ll be charmed by a stroll through the residential neighborhood dating to 1751 that’s home to great restaurants, the M Street shopping district and the university bearing its name. A few sights to see in the area include the Old Stone House, the oldest house in D.C., and the historic Tudor Place. For a relaxing walk, try the C&O Canal, or for something more lively, The Washington Harbour.

There are just a few zoos in the U.S. where you can see giant pandas, and the National Zoo is one of them. You’ll fall in love with the zoo’s three current panda residents Tian Tian, Mei Xian and Bei Bei, while watching them eat, sleep and roll around. Some other popular animals that the zoo conserves and cares for include elephants and large cats like African lions and Sumatran tigers, but with 1,500 animals from 300 different species to see, you’re sure to discover a few new favorites.

The Tidal Basin is one of Washington’s most photogenic sights, best experienced in early spring when the 3,000 cherry trees that ring it (a gift from Japan in 1912) are in bloom. Every year from late March through early April, the National Cherry Blossom Festival is held to celebrate the beautiful blossoms at their peak. A number of monuments and memorials surround the Tidal Basin. Make your way around the circuit to find the Franklin Delano Roosevelt memorial, the Martin Luther King, Jr. memorial and the Jefferson Memorial.

Monument-hopping is one of the quintessential things to do in Washington, D.C, and one of the most commanding is the Lincoln Memorial. Walking up the 58 steps to the memorial brings you face-to-toe with the 19-foot-tall white marble statue of our 16th president, seated and looking toward the Washington Monument. To the left, the Gettysburg Address is etched, word for word, into the wall.

Every president since John Adams in 1800 has called the White House home – and it’s worth reserving a free tour with your Congressional representative. Requests can be submitted up to three months in advance but give yourself extra time if possible, just to be sure.

Union Station is arguably one of our country’s prettiest train stations. The circa-1907 Main Hall, fresh from a restoration, has an optical-effect coffered ceiling.

The Vietnam Veterans Memorial, which features austere black-granite walls engraved with the names of the more than 58,000 Americans who died during the conflict, is one of Washington’s most-visited and powerful monuments.

Sit in one of the red-velvet banquettes at the Off the Record Bar in the basement of the AAA Four Diamond Rated Hay-Adams Hotel and order a cocktail. It doesn’t get more D.C. insider than this.

Tell us about your favorite things to do in Washington, D.C., in the comments below!

Looking for a variety of great lodging options in the area? Find and book great hotels in Washington, D.C. Call 1-800-873-8283 to speak to a AAA travel counselor today or click here.

One Thought on “The Top 10 Things to Do in Washington, D.C.”