Viking River Cruises are luxurious and all-inclusive. Here’s a closer look at what you can expect from Viking cruises. 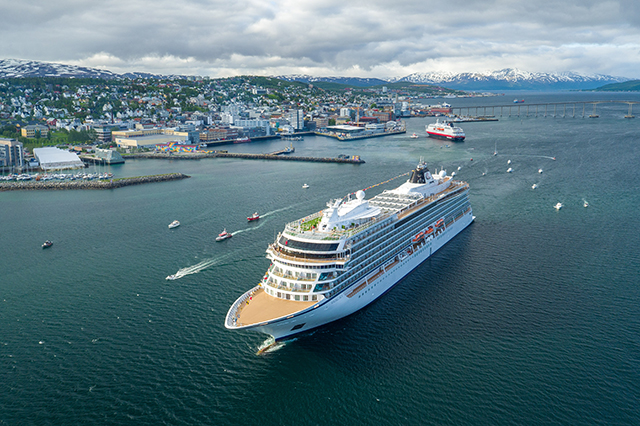 Viking River Cruises, founded in 1997, originally began as a river cruise company, with ships traveling along the great rivers of the world, but in 2015 the company launched small ocean-going vessels. Currently, it has about 60 vessels, with cruises offered in Europe, China, Southeast Asia and Egypt. Regardless of whether you choose a river or ocean cruise, Viking prides itself on offering an intimate experience with a hotel-like atmosphere and all-inclusive pricing.

My daughter and I booked our first Viking cruise in 2016, traveling on the 930-passenger Viking Star on a 10-day trip from Athens, Greece to Venice, Italy with stops in Croatia, Slovenia and Montenegro. By the end of the cruise, we had made friends with several people onboard, even choosing to have dinner with them in various ports and making plans to stay in touch afterwards.

Hand’s down, one of the best things about Viking cruises, whether you are on a river or ocean cruise, is that the fare is all-inclusive, from meals and beverages to shore excursions and even Wi-Fi. Of course, upgrading to things like fine wines at meals and more exclusive tours are available to purchase, but if you want to stick to a budget with no surprises at the end of your cruise, it’s very easy to do so. Even the specialty restaurants onboard are included, as is the excellent Nordic-style spa, where my daughter and I liked to relax almost daily after a long day in port.

The Viking Star’s cabins are more than generous in size, with 270 square feet of space, and better yet, every single one has its own private veranda. Cabins all feature a king-size bed, (which can be split into two beds) separate seating area, complimentary minibar stocked with snacks and soft drinks, and bathrooms have heated floors and large glass-enclosed showers. My daughter and I had more than enough room to move around and we also appreciated the free movies on demand when we wanted some downtime. There are also several suite categories, which offer more space and more perks.

There are plenty of options to choose from on Viking cruises, including the main dining venue, simply called “The Restaurant,” which offers cuisine tied to the locations the ship is traveling to and specialty outlets like Manfredi’s, which serves outstanding Italian fare. The “Chef’s Table” restaurant is a fun concept, where you simply put yourself in the hands of the chef. There’s a set five-course menu, paired with wine, that centers on a particular cuisine or region. There are several other dining options around the ship that serve everything from salads to sandwiches, but hand’s down one of our favorites was Mamsen’s, which serves dishes from the cruise president’s mother’s cookbook. Her waffles are a particular treat, especially when you eat them with Norwegian cheeses or chocolate sauce.

While there are many similar amenities offered on Viking’s river and ocean cruises, the spa is not one of them. The Nordic-style spa on the ocean ships, which is amazingly free for all passengers, is outfitted with a salt-water-filled thermal pool, a hot tub, sauna, four heated loungers, therapeutic showers, and a “Snow Grotto.” This glass-enclosed room literally has snow falling from the ceiling periodically. The idea is for guests to go from hot to cold and back again through the various water features to boost circulation. Truthfully, it’s simply fun to go make a snowball while at sea!

Every cruise includes a variety of free daily shore excursions, which my daughter and I sometimes had a hard time choosing from, because so many were tempting. Viking cruises also offers what it calls a “Culture Curriculum” program onboard, which offers a great overview of the cruise’s next port of call through performances of music and art, cooking demonstrations, port talks and guest lecturers. On land, the excellent local guides were thoroughly professional and engaging, whether we were touring the Parthenon or wandering through Dubrovnik.

Viking’s basic ocean cruises range from 8 to 15 days, with destinations to Scandinavia and the Baltic; the western and eastern Mediterranean; the British Isles; and North America and the Caribbean, as well as combination cruises of those itineraries available ranging from 22 to 50 days. A new ship, the Viking Sun, will spend her maiden season sailing the company’s first-ever world cruise, spanning 141 days and visiting five continents and 35 countries, starting in January 2018. Also in 2018, a fifth ship, the Viking Spirit, is slated to visit the Middle East, Australia, Asia and Alaska.

Have you ever sailed on a Viking Cruise? Tell us about your experience in the comments.