The 11 Most Iconic Baseball Stadium Features

Signature elements and attractions are sites worth seeing at major league ballparks across the country. 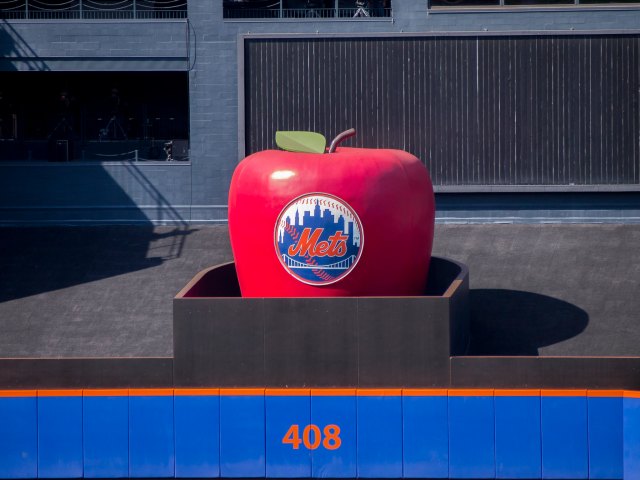 Few experiences are more enjoyable for sports fans than a trip to the ballpark. But the action on the field is not always the biggest draw. Sometimes, it’s the stadium itself that is worth the price of admission.

Whether it’s a signature aesthetic or noteworthy attraction, a century old or recently debuted, you can find these iconic baseball stadium features across the country.

Towering more than 37 feet high, Fenway’s iconic left-field wall is likely the most recognizable stadium feature in all of baseball. Seats were installed atop the Green Monster in 2003, providing lucky fans with a one-of-a-kind view of the game.

With a record number of Hall of Famers as well as countless other greats who have helped win a Major League-best 27 World Series, the Yankees have a plethora of legendary players worth honoring. They do so at Monument Park, located just beyond the center-field fence. The museum is free and open to guests prior to each home game.

Check out our Yankee Stadium guide.

Since 1980, the Home Run Apple has been popping out of its resting place behind the center-field wall every time a Mets player hits a homer. When the team moved into Citi Field in 2009, the original apple was installed just outside the park, while a new, twice as tall apple took its place.

Constructed by the Baltimore and Ohio Railroad, the 1,000-foot-long warehouse has been standing in its place since 1905. When Camden Yards opened next door in 1992, the red-brick building became a signature feature of the stadium’s trendsetting retro-style aesthetic.

The Roberto Clemente Bridge, named after the Pirates Hall of Famer, is an unofficial yet unmissable part of PNC Park. Spectators have an unimpeded view of the bright-yellow overpass that spans the nearby Alleghany River. The bridge is closed to cars during Pirates’ home games, giving fans a pedestrian path to the stadium.

Boston ivy has adorned the outfield wall of Wrigley Field since the 1930s. Installed to help make the stadium more of a destination, the foliage remains one of the most iconic baseball stadium features to this day.

The 322-foot-wide water spectacular, consisting of waterfalls and fountains, has been entertaining Kansas City fans for decades. Upon opening, it was largest privately funded fountain in the world.

Part attraction, part educational exhibit, the touch tank is the 10,000-gallon home of a fever of cownose stingrays, the same species found in the waters of Tampa Bay. The animals are cared for by staff from the Florida Aquarium. Fans can visit the tank throughout the game.

In the thin air of Coors Field’s upper deck, you’ll find a distinctively painted row of purple seats. This row is 5,280 feet above sea level, exactly a mile high.

Cool off in the desert with a dip in Chase Field’s swimming pool. The 8,500-gallon tank, located just beyond the right-field fence, has been a staple of the Arizona ballpark since it opened in 1998.

The unofficial name of San Francisco Bay located just over Oracle Park’s right-field wall, McCovey Cove is named after former Giants’ great Willie McCovey. On game days, the water is filled with boaters and kayakers waiting for a chance to scoop up a home run ball.

For more tips and recommendations on things to see, do and eat in and around all three Northeast Major League Baseball stadiums, be sure to check out our full Northeast Baseball Guide at AAA.com/Baseball.

Tell us about your favorite iconic baseball stadium in the comments.

4 Thoughts on “The 11 Most Iconic Baseball Stadium Features”