The Most Stunning Scenic Locations in the Northeast 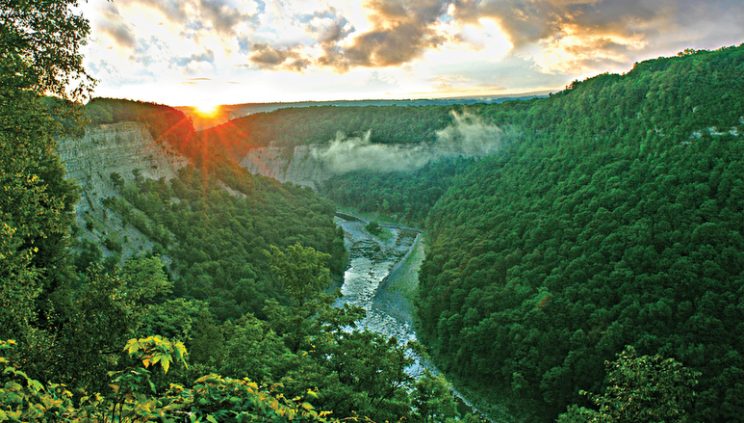 As we continue to ease back into the idea of traveling, one thing we’re all likely looking for are wide-open spaces. That, of course, means the great outdoors. And there’s no better region for scenic sightseeing than the Northeast, where lush forests cover rolling hills across each state and miles upon miles of coastline are blanketed with picturesque beaches. Here are a few of the most scenic locations in the Northeast. 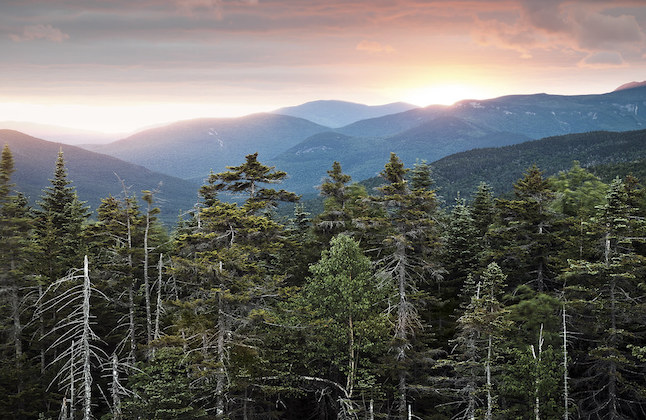 The mountain range contains numerous hiking trails that can lead to waterfalls and scenic outlooks or all the way to the top. Although these are some of the most rugged mountains in the Northeast, the view from the top is worth the effort.

If instead you enjoy staying grounded, take a drive along the Kancamagus Highway. This 34-mile stretch of road carves through the mountains, running alongside several different rivers.

Any place known as the “Grand Canyon of the East,” certainly has some big shoes to fill. But Letchworth State Park, located in western New York, lives up to the billing.

Instead of the Colorado, it’s the Genesee River that carves through the gorge, traveling over three major waterfalls and reaching heights of 600 feet. The park has more than 60 miles of hiking trails, ensuring you’ll be able to find the perfect lookout spot to witness the bucolic sights.

Heublein Tower sits atop Talcott Mountain in Simsbury, Connecticut. The 165-foot structure was built in 1914 and originally served as a summer home for a prominent local family.

Today it’s known as providing some of the best views of the Nutmeg State and beyond. Perched atop the 1,000-foot tall mountain, visitors to Heublein Tower are provided with panoramic views of the Farmington River Valley, Long Island Sound and the Berkshires. You may even be able to catch a glimpse of Mount Monadnock, 80 miles away in New Hampshire. 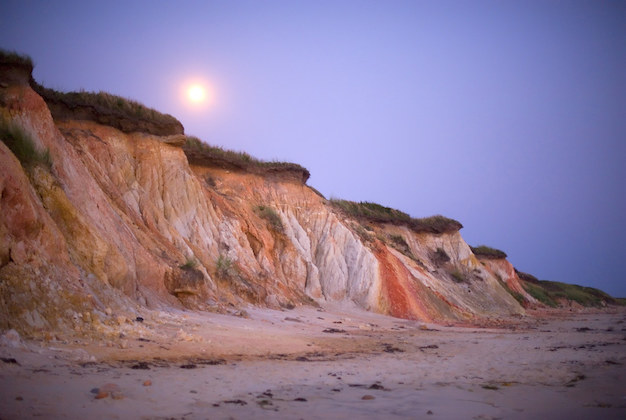 Beyond the gingerbread-style homes and the postcard-esque downtowns lies an even finer sight on Martha’s Vineyard: the Aquinnah Cliffs. The natural wonder, carved by glaciers millions of years ago, rises up from the beach on the island’s southwestern tip.

Visitors can walk along the beach below to get an up-close view of the clay cliffs, which are unlike any type of formation you’ll likely see on a New England Beach. Guests can also take the upper trails to catch a glimpse of the Gay Head Light and nearby Elizabeth Islands.

The Berkshires, a region of mountains and forests in western Massachusetts, has long been known as one of the most scenic locations in the Northeast. It’s at its best once the temperatures drop, becoming a premier destination for fall foliage. Your best bet for picturesque views is taking a drive along the Mohawk Trail. The road, now a designated scenic tourist route, carves through the Berkshire mountains for more than 60 miles. 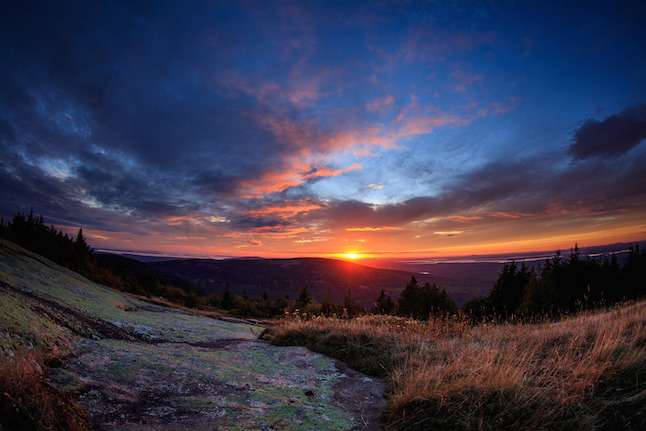 No list of the top scenic locations in the Northeast is complete without Cadillac Mountain – and for good reason. For several months of the year, visitors who trek to the top early enough can be the first to witness the sunrise in the United States.

Even if you miss the morning light, a trip to the top of Cadillac Mountain is a worthy sightseeing expedition. At 1,500 feet, it’s the highest peak on the Eastern Seaboard. Visitors can experience an unparalleled 360-degree view of Maine’s coast along with lush greenery and the vast Atlantic Ocean.

Vermont may be a landlocked state but one look at Lake Champlain will have you forgetting all about the ocean. With nearly 600 miles of shoreline and 71 islands, there’s more than enough territory to explore and take in the sights. There are three bridges crossing the lake, connecting Vermont to New York, creating the perfect opportunity for a picturesque drive.

The surrounding region is just as eye-catching. Endless trees cover the hillsides and the nearby Adirondacks tower to the west. There are also miles of trails perfect for a short hike. Visitors who make it to the end are gifted with spectacular vistas as far as the eye can see.