A Disney Christmas Story: How to Survive the Busiest Holiday Season Around

Are you planning on treating your family to a Disney Christmas? Here’s what you need to know to survive the most wonderful time of the year.

0 COMMENTS
Theme Park Vacations » A Disney Christmas Story: How to Survive the Busiest Holiday Season Around 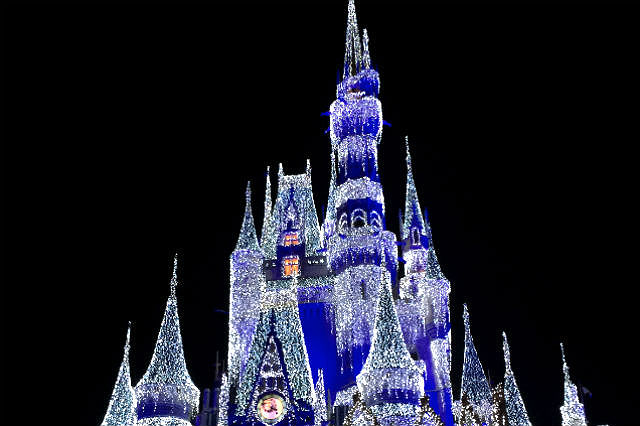 At 10 a.m., a fellow cast member approached me, her face ashen beneath her Mickey-Mouse-eared Santa hat.

“They just closed the Magic Kingdom,” she whispered.

“How is EPCOT?” I replied with dread.

She shook her head. “Filling up fast.”

The holiday season had begun at Walt Disney World. I loved working crowd control, but I was always grateful that I wasn’t doing it at the Magic Kingdom. Hollywood Studios is the smallest Walt Disney World park, and when I worked there it seldom got too crowded. But during the holidays, all of that went out the window. The holidays are the busiest times for Disney theme parks – especially Christmas Day and New Year’s Eve. There is no exception.

Are you planning on treating your family to a Disney Christmas? The best advice I can give you is “don’t.” Or at least celebrate Christmas a little earlier in the year. Walt Disney World starts decorating for Christmas in November – and they start hosting after-hours Christmas parties too. You’re not going to miss any tinsel if you go a little early.

But let’s say you can’t. For whatever reason, you are going to be stepping foot on Disney property sometime from 12/20 to 1/1. Here’s how to survive the most wonderful time of the year at the happiest place on Earth.

Let nothing you dismay

To survive a Disney Christmas, your most important resource is patience. You are not going to do everything you want to. You’re not going to get to ride all the rides you want. But you’re still in the happiest place on earth. Take in the scenery, get a hot chocolate and remind yourself that you are on vacation.

Face unafraid the plans that you’ve made

Planning is key to making the most out of a crowded Disney Christmas. You should make reservations for all of your table-service meals far in advance. For your quick service meals, try to eat at off-peak hours so that you don’t have to battle the crowds for your burger and fries.

If you can, take advantage of Mickey’s Very Merry Christmas Party – a ticketed, after-hours event celebrating Christmas at the Magic Kingdom. It only runs until around December 21, but it’s a great way to enjoy the Magic Kingdom’s Christmas events without battling huge crowds.

Don’t let visions of sugarplums dance in your heads for too long. If you’re going to enjoy the parks, you have to get up and out early – take advantage of Extra Magic Hours if you can. Do not hop between different parks throughout the day. During the holidays, parks can fill up quickly and stop admitting guests (especially Magic Kingdom and EPCOT).

It only comes this time of year

Walt Disney World is filled with themed holiday experiences, but which ones are worth braving the crowds for?

Experiences that are worth it:

Experiences that are not worth it:

As for the New Year’s Eve fireworks shows, there are only two to consider going to see: Fantasy in the Sky Fireworks at the Magic Kingdom or Illuminations’ New Year’s Countdown at EPCOT. I myself would not do either of them, since the crowds are so insane, but they are both beautiful, exciting shows for ringing in the new year.

If you want to get a good spot for a New Year’s Eve fireworks show, arrive a few hours (yes, I said HOURS) early to start camping out. Some people even stake their spots in the morning and stay there all day, but that doesn’t sound very fun to me.

Be good, for goodness sake

Don’t let the packed park make you irate – be polite and kind to your party, to the cast members and to the other guests. You’ll be surprised at how much this can improve a stressful day.

Have you ever had yourself a merry little Disney Christmas? Would you brave the holiday crowds? Let us know in the comments below!