Slow Down: Lives Are on the Line

Slow down, move over laws vary slightly by state. Learn about your state's specific law and keep emergency responders safe at the roadside.

0 COMMENTS
Cars & Trucks » Slow Down: Lives Are on the Line 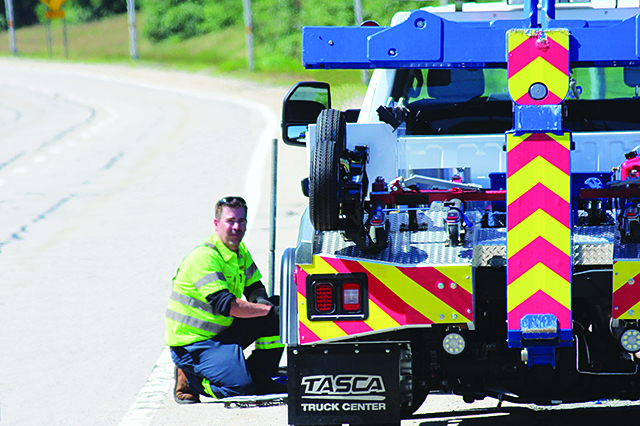 Keeping highways safe is something everyone can support.

People of all ages rely on highways to safely get where they’re going.

Emergency responders, who put their lives on the line every day, are critical in keeping drivers and passengers free from harm.

Vehicles traveling at highway speeds pose a deadly threat to police officers, firefighters, medical crews and roadside technicians who must often work within just a few feet of speeding traffic to help motorists along the roadway.

Slow down, move over laws – versions of which exist in all 50 states – are aimed at keeping emergency responders safe in these situations.

“There is no way of overstating how important it is for drivers to do everything possible to keep first responders safe,” said Lloyd Albert, senior vice president of public and government affairs for AAA Northeast. “By adhering to slow down, move over laws, motorists can ensure that all those who work so diligently to keep our roads safe can perform their jobs with the protection and peace of mind they deserve.”

In the Northeast, slow down, move over laws vary by state.

• In Massachusetts, drivers approaching vehicles with emergency lights illuminated are required to slow down to a reasonable and safe speed. If possible, drivers should also change lanes away from emergency vehicles.

• In New Hampshire, drivers are required to slow down, obey those directing traffic, move from wholly or partially blocked lanes as soon as possible and give wide berths (without endangering oncoming traffic) to safety personnel, people in the roadway and emergency vehicles.

• In Rhode Island, the law specifies that, when approaching vehicles with their emergency lights illuminated, drivers must slow down and, when possible, move their vehicles into travel lanes away from emergency vehicles.

• In Connecticut, the law specifies that, when drivers approach vehicles with their emergency lights illuminated, they must immediately slow down to speeds below the posted limits, and, if traveling in lanes adjacent to emergency vehicles, move over one lane whenever possible.

• In New York, the law specifies that when approaching vehicles with their emergency lights illuminated, drivers must exercise due care. On highways, that includes moving out of travel lanes next to shoulders, if possible.

• In New Jersey, drivers approaching vehicles with their emergency lights illuminated are required to exercise caution and change lanes away from emergency vehicles. If unable to change lanes, drivers should slow down to speeds less than posted limits and be prepared to stop.

Emergency responders do their part to protect us on the road. Let’s return the favor and keep them safe by slowing down and moving over.

Learn more about each state’s slow down, move over law.