What are those black dots around car windows? And how are windshields related to airbags? Find the answers to these questions and more. 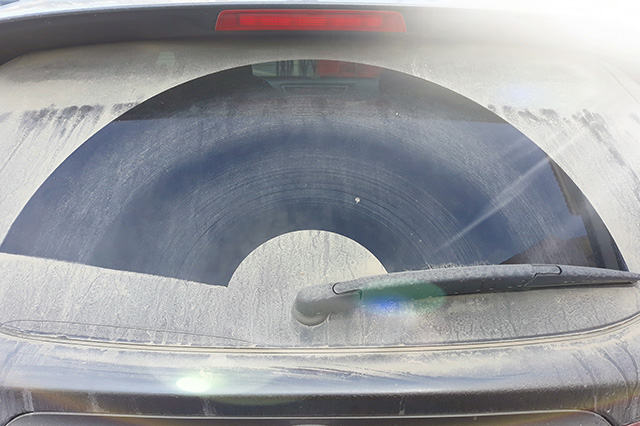 It’s easy to think auto glass is pretty straightforward. After all, how complicated can a window be? But there is far more than meets the eye when it comes to your vehicle’s glass features.

From playing a vital role in a vehicle’s safety to the ingenious woman who improved visibility for all drivers, here are a few things you likely didn’t know about auto glass.

Those Black Dots Have a Purpose

By the mid-1900s, car manufacturers began installing car windows with adhesive. Before this, it was done with metal attachments.

The glue did the job but didn’t look very pretty. The solution was to cover it up using a black trim. The dots are added for aesthetic purposes also. They’re positioned in a halftone pattern, getting smaller and farther apart as they move farther away from the edge of the glass. This pattern is less jarring to the eyes than a solid black line.

The trim and dots are made of ceramic paint and baked into the glass to ensure they do not deteriorate.

Safelite AutoGlass® Has You Covered

Members save 10%* on auto glass replacement or windshield repair with code AAA10NE at checkout on safelite.com.

Safety Glass Was Created by Accident

Potato Chips. Post-it Notes. Champagne. Some of the world’s greatest inventions came about by accident. Such is the case with another creation we all use everyday: safety glass.

Safety glass is a type of glass that when struck, breaks into small fragments but does not shatter. It is nestled in a very thin layer of vinyl that allows it to keep its general shape and prevent shards of glass from flying off. Most passenger vehicle windshields are made of safety glass.

So how did this ingenious idea come about? It was all thanks to a clumsy act of a French chemist more than a century ago.

In 1903, French chemist Edouard Benedictus was working in his lab when he accidentally knocked a glass flask to the ground. Much to his surprise, he noticed that the flask did not shatter but kept its shape albeit with a spider-web type break in the glass. He came to realize that the glass flask was covered in cellulose nitrate, a transparent liquid plastic, which had not washed off. The cellulose nitrate was the key to keeping the glass intact.

At that point in history, car windshields were essentially window glass. When a vehicle was involved in a crash, the glass would shatter and injure the driver or passengers.

Auto Glass Is Crucial To a Car’s Structural Integrity

It’s a common misconception that windshields exist solely to protect drivers and passengers from debris and bad weather conditions. But they also play a critical role in a car’s structural integrity.

A windshield provides up to 30% of a vehicle’s structural strength. In a crash, particularly if the car rolls over, the glass supports the roof, helps the airbags deploy and prevents people from being thrown from the vehicle.

If a chip or crack damages a windshield, it becomes weakened and the safety of the vehicle is compromised.

Windshield Wipers Were Invented by a Real Estate Developer

Mary Anderson was a successful real estate developer in Birmingham, Alabama in the early 1900s. But it was a fateful trip to New York City that would ultimately etch her name in history.

Anderson was riding in a trolley car on a wet, snowy day when she noticed the driver was having trouble seeing the road through the inclement weather. Those days, streetcar drivers usually had to open their windows in the snow and rain to improve their visibility. This gave Anderson an idea for a device that would clear a windshield while a vehicle was in motion.

She came up with a prototype of spring-loaded wooden wiper arms with rubber blades. They were attached to a lever inside the vehicle that the driver could pull to release the arm and wipe away snow, rain and debris.

Unfortunately, Anderson never profited from her invention. She tried to sell the rights to the wiper blades after receiving a patent in 1903. It was rejected, as most people at the time thought the device would only distract drivers. It wasn’t until after the patent expired that Anderson’s invention became standard equipment.

Windshields Are Part of a Car’s Airbag System

Believe it or not, the windshield plays an essential role in deploying a vehicle’s airbags. Passenger airbags are designed to shoot upward and bounce off the windshield toward the passenger.

Airbags deploy with an incredible amount of power. In just a fraction of a second, the safety device can deliver up to 2,000 pounds of force. The bouncing-off technique is designed to deflect some of that power away from the passenger. To work properly, however, a windshield must be incredibly strong. If there is a crack or chip in the glass, its structural integrity is compromised and it may not absorb the force of the airbag. This could prevent the airbag from being properly deployed, putting the people inside the vehicle at greater risk of injury.

It turns out that auto glass is more interesting than you might have thought! Knowing these facts, you can look out your windows with a greater sense of appreciation.

AAA members can save 10% on Safelite AutoGlass replacement or repair. 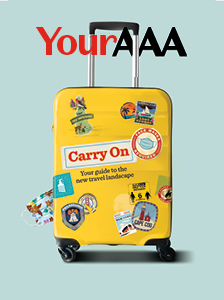 2 Thoughts on “Things You Didn’t Know About Auto Glass” 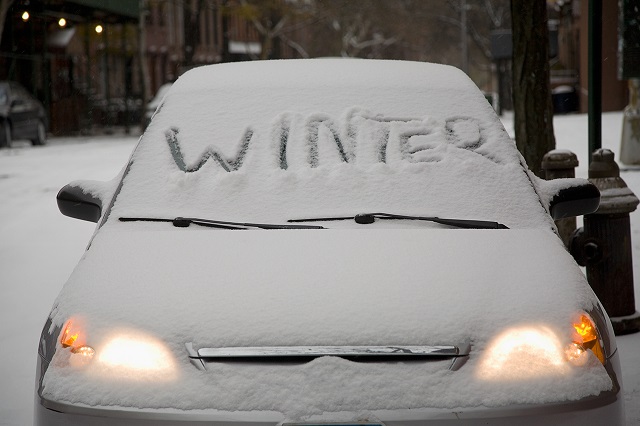 Learn how to defrost car windows as quickly as possible and safely rid your vehicle of snow, ice and salt.