Westchester: A Place of Legend 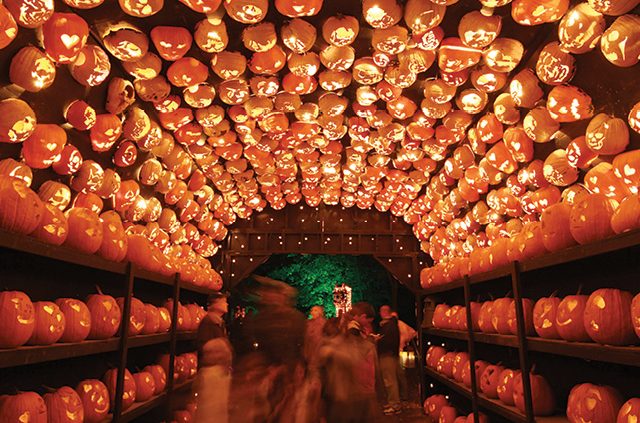 “If ever I should wish for a retreat whither I might steal from the world and its distractions, and dream quietly away the remnant of a troubled life, I know of none more promising than this little valley.”

It’s with these words that Washington Irving’s nameless narrator describes the now proverbial Westchester glen that sets the scene for his tale, “The Legend of Sleepy Hollow.”

I picked up a hardcover copy of the classic on a recent weekend trip to Westchester County, N.Y. Reading it again after experiencing the sights and places that likely inspired Irving, I found that the picture of a seemingly bewitched, sheltered and unchanging respite rings true.

Close enough to see the silhouette of the Manhattan skyline and beautifully flanked by the changing colors of fall trees, yet far enough away to appreciate the slower pace of its charming downtown areas, historic properties and river view restaurants, Westchester is a worthwhile nearby escape.

From late September through November, Sleepy Hollow country is an ideal place to view stunning New York foliage and get into the spirit of harvest and Halloween.

Irving wrote “The Legend of Sleepy Hollow” while living in England, but it’s said that his Tarrytown memories influenced the portrayal of the starring village. At his Sunnyside estate, you’ll feel transported back in time as guides in 19th century costumes walk you through the restored rooms of Irving’s romantic, red-roofed cottage overlooking the Hudson River. Admission is by timed tours only, Wednesday through Sunday through mid-November.

Not far from Sunnyside is the village of Sleepy Hollow, which officially adopted its moniker in 1996. The Old Dutch Church and churchyard, described as the Headless Horseman’s headquarters in the story, are here. On weekends in October, the church hosts a dramatic retelling of “Irving’s Legend” for which you’ll want to reserve tickets in advance.

If you don’t spot the Headless Horseman at the Old Dutch Church, you’ll be sure to find him at Philipsburg Manor. Every weekend in October, the 18th century site is transformed into Horseman’s Hollow, a haunted trail that’s a must for those who appreciate a good scare.

All of Westchester’s mansions are spectacular in the fall, but the towering Gothic Revival castle at Lyndhurst seems like it was made for Halloween. Go at night to fully appreciate the seasonal decorations and to see the spooky performances of “Jay Ghoul’s House of Curiosities.”

One of the area’s most popular events, the Great Jack O’Lantern Blaze at Van Cortlandt Manor, runs through the end of November. The family-friendly walk-through attraction features incredible themed displays made from more than 7,000 hand-carved illuminated pumpkins.

To explore the heart of Westchester’s countryside during harvest season, head to Stone Barns Center for Food and Agriculture in Tarrytown for a tour, or pick your own apples and pumpkins at North Salem’s Outhouse Orchards or Wilkens Fruit & Fir Farm. Pleasantville Farmers Market, held outdoors through mid-November, claims to be the largest in the county.

The AAA Four Diamond Rated Castle Hotel and Spa, perched at the highest point in Westchester, offers colorful views of the treetops leading down to the Hudson. Whether you’re relaxing at the Thann Sanctuary Spa or dining at Equus restaurant, you’ll feel like royalty.

Perhaps there is no more fitting fall destination than the stomping grounds of the galloping Hessian of the hollow himself. Just watch your head.