In these parts, we often think of the holiday season as the five or six weeks between Thanksgiving and the New Year. But look around the world and you can find a celebration any time of year. January Australia Day is Jan. 26. The Aussie celebration includes events nationwide, like boat races in Sydney Harbor... 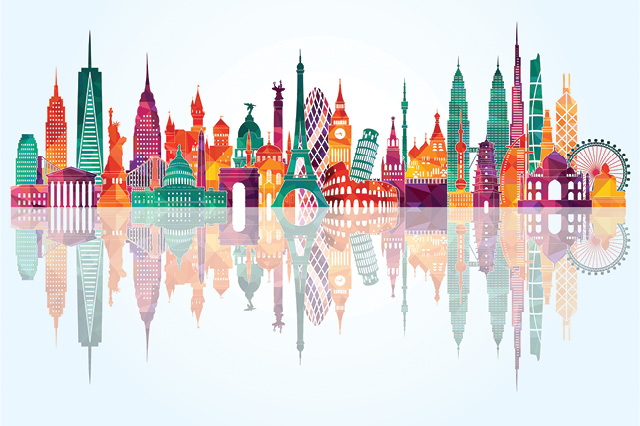 In these parts, we often think of the holiday season as the five or six weeks between Thanksgiving and the New Year.

But look around the world and you can find a celebration any time of year.

Mardi Gras is usually held 46 days before Easter. That makes it Feb. 13 next year. New Orleans is the place to be for parades and concerts.

Easter is in April through 2023. Thousands of Catholics celebrate by heading to Vatican City for a papal blessing and message in Saint Peter’s Square.

Bermuda Day is May 24, or the closest weekday to May 24. It’s celebrated in Hamilton, Bermuda’s capital, with a parade and performances by Gombey dancers in colorful masks and costumes.

Bastille Day, July 14, celebrates the start of the French Revolution, in 1789. Paris has fireworks and a massive military parade on the Champs-Elysees.

The Edinburgh International Festival, in Scotland, features three weeks of theatrical and musical performances at more than a dozen venues. The Edinburgh Fringe Festival, advertised as the world’s largest arts festival, runs simultaneously.

In India, families celebrate five days of Diwali by displaying colorful lights and rangoli – vibrant patterns made of rice and sand.

Imagine selecting a Christmas ornament as you sip cider and gaze up at centuries-old cathedrals. That’s the experience of visiting European Christmas markets. They open in late November and are big draws for late-year river cruises.

There are no New Year’s celebrations quite like that of Walt Disney World Resort’s Magic Kingdom, in Lake Buena Vista, Fla. You won’t forget seeing fireworks exploding over Cinderella’s castle.

If you want to experience some of these world holidays yourself, go to AAA.com/Travel or AAA.com/Vacations.