10 Things We Love About Charleston, S.C.

Charleston, S.C., is often recognized as one of the nation’s best small cities, and it’s easy to see why. 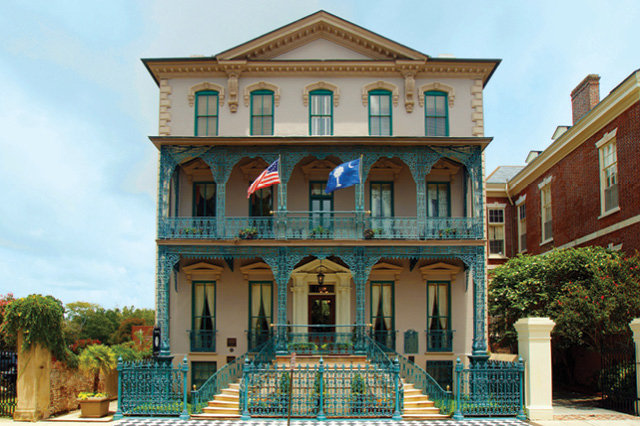 Charleston, S.C., is often recognized as one of the nation’s best small cities, and it’s easy to see why. Its Southern elegance is always on display, whether you’re walking on cobblestone streets past 18th and 19th century homes, visiting one of several museums or enjoying a pedestrian promenade beset by a beautiful harbor and antebellum architecture. Hop on a carriage ride with parasol in hand and you may swear you’ve traveled back in time.

1. The Battery – a fortified seawall at the mouth of the Charleston Harbor – is one of the city’s most popular and scenic spots. Walk the pedestrian promenade. It’s gorgeous – and it’s free.

2. Check out White Point Garden. Military relics there include cannons, statues and monuments. Honorees include Revolutionary War Gen. William Moultrie and the crew of the USS Amberjack, a submarine that sunk in World War II.

3. The South is renowned for its barbecue. Try some without breaking the bank at spots like Queology and Smoke BBQ.

4. History buffs can take tours of the circa 1772 Heyward-Washington House, once home to a signer of the Declaration of Independence, the ornate John Rutledge House or the Nathaniel Russell House (known for its gardens).

5. Among Charleston’s museums is the Gibbes Museum of Art, which houses American paintings and sculpture from the 18th and 19th centuries and pieces highlighting the Charleston Renaissance. The Charleston Museum, which dates to 1733, explores the area’s past through natural history exhibits.

6. Try one of Charleston’s seafood restaurants, like Pearlz Oyster Bar, the Oyster House on Market, Amen Street Fish and Raw Bar or the Charleston Crab House.

7. Charleston luxury accommodations include the Renaissance Charleston Historic District Hotel. Enjoy waterfront views at the The HarbourView Inn or marvel at the art deco design of The Spectator Hotel.

8. The city has several well-reviewed golf courses, but if you want to explore, Hilton Head Island – a well-known golf destination – is just two hours south.

9. Take a downtown carriage tour. You can see the city day or night with one of many public or private tour options. Some operators combine a carriage tour with a Charleston Harbor boat ride, two ingredients for an unforgettably romantic night out.

10. Dine at Circa 1886 if you’re looking for a uniquely Charleston setting. The AAA Four Diamond Rated restaurant serves Southern-inspired fare inside the carriage house of a 19th century mansion.

Have you ever been to Charleston? Tell us about in the comments!

One Thought on “10 Things We Love About Charleston, S.C.”