Love good food and good music? Nashville, one of the South’s most exciting cities, has an abundance of both – and plenty more, making it a great choice for a fun-filled weekend. 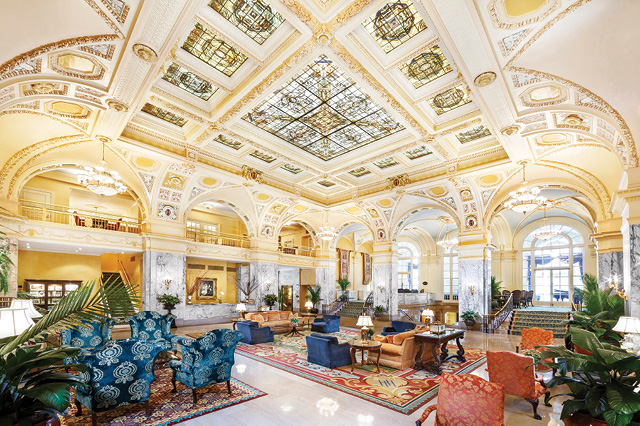 Love good food and good music? Nashville, one of the South’s most exciting cities, has an abundance of both – and plenty more, making it a great choice for a fun-filled weekend destination.

It also has a surprising amount of star power, as Taylor Swift, Garth Brooks and Trisha Yearwood, and Nicole Kidman and Keith Urban all have homes here. You’ll see them out and about with little fanfare, especially in the local restaurants and bars.

They go to places like Rolf & Daughters, a restaurant in the trendy Germantown neighborhood serving rustic Italian fare. There’s also Husk from famed Charleston chef Sean Brock for modern Southern, and Pinewood Social has not only a great weekend brunch but a small bowling alley. Merchant’s is a fun, bustling spot in the middle of everything on Broadway, and right across the street is Jack’s Bar-B Que for when you need a barbecue fix.

Nashville is known as Music City for a reason – if you hit Broadway you can catch live music every night of the week. Pop in and out of the honkytonks, where you can have a beer and watch up-and-coming talent in places like Robert’s Western World. And you can’t leave town without visiting the Country Music Hall of Fame and Museum, where you can take a tour of the famed Studio B where Elvis, Dolly Parton and Willie Nelson have recorded.

There are plenty of hotels if you want to be near the action, including the Sheraton Grand Nashville Downtown, an-atrium style hotel with chic, contemporary interiors, and the AAA Five Diamond Rated Hermitage Hotel, a Nashville classic that opened in 1910 and has hosted country music icons like Patsy Cline and Johnny Cash. Have a steak dinner in its AAA Four Diamond Rated Capitol Grille and an old-fashioned cocktail in the clubby Oak Bar.