Shipshape Tips for Your First Cruise 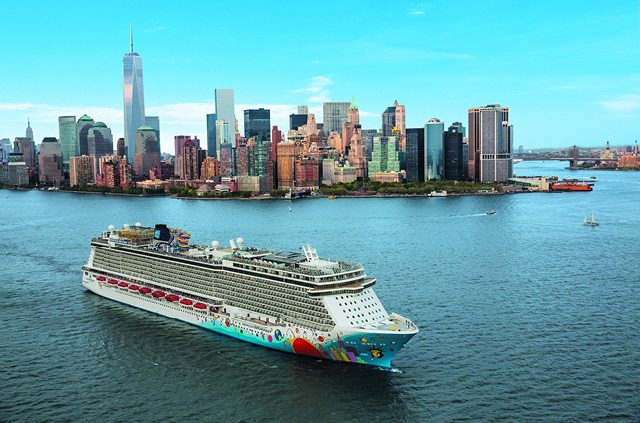 We used to count on socialites and salty sailors to spin tales about how life at sea can captivate, but in this age of cruise ship proliferation plenty of people have ascended gangways to find a floating nirvana. And why not? After dozens of ocean voyages, my top tip for would-be cruisers is don’t hesitate to hop on board.

According to the Cruise Lines International Association, nearly 90 percent of cruisers have an experience that exceeds expectations. So it doesn’t require a leap of faith. Chances are you’ll love seafaring life and book a follow-up cruise before disembarking (a good idea as early bookings offer favorable rates).

Sailing past cruise cliches proves helpful, too. On tech-savvy ships with stabilizers and weather-avoidance systems, you’re not likely to get seasick, especially on voyages through the calm wash of the Caribbean Sea or the silky waters of Alaska’s Inside Passage.

Summer is the season to visit Alaska, where you can’t go wrong with Princess or Holland America, two lines dominating the region. The Caribbean is more egalitarian, with boats from every line bobbing there year-round. It’s the perfect choice for neophytes testing their sea legs.

Most ships depart from Florida ports, but Celebrity, Norwegian and Royal Caribbean have convenient Northeast ports. 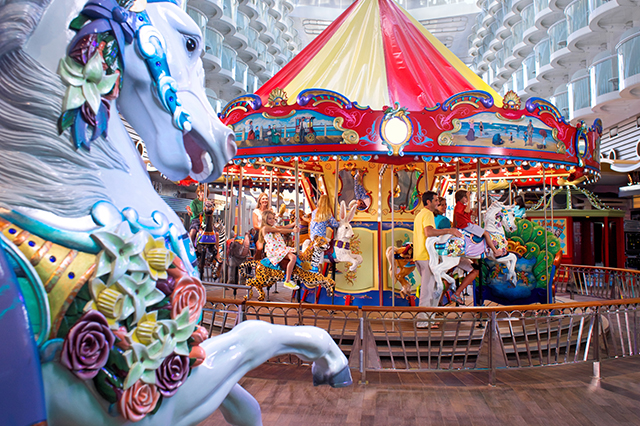 A boatload of activities

If you fear feeling boxed-in or overwhelmed with formality, think again! Carnival, Norwegian, Princess and Royal Caribbean sail city-sized ships with a casual vibe. Try stepping aboard one of Royal Caribbean’s record-breaking leviathans – Oasis of the Seas, Allure of the Seas and Harmony of the Seas. They actually have “neighborhoods” to explore. Adorned with foliage and alfresco eateries, one enclave celebrates Central Park, while another boasts a Boardwalk theme complete with a hand-carved carousel.

These ships also sport zip lines, rock climbing walls, surfing pools and ice skating rinks. Anthem of the Seas, which sails from New Jersey, touts a skydiving simulator, bumper cars, trapeze pits and an observation pod that dangles over the sea. Another sure bet, Norwegian Breakaway, departs from New York and delivers the fastest drop-slide afloat, as well as a fun ropes course that extends beyond the ship.

Banish worries about gaining weight as well. The best tip I ever took was to forgo elevators. Multideck boats provide an unwitting workout, and I’ve discovered stairwells harbor brilliant art. To plump up or pump up is a choice on ships offering fine food and fitness centers.

Remember, most boats are jacks-of-all-trades, built to satisfy many and perfect for multi-generational groups. Still, size matters and one tip trumps all when it comes to ocean cruising: Bigger ships are better universal fits. For first timers, port rich itineraries make sense, too. They ensure you won’t be on the boat all day, every day – even though you might be tempted!

AAA offers great cruise deals for members. Visit AAA.com/Cruises to learn more and to book your trip. Or visit your local AAA for a free presentation. Find an event near you at AAA.com/TravelEvents.