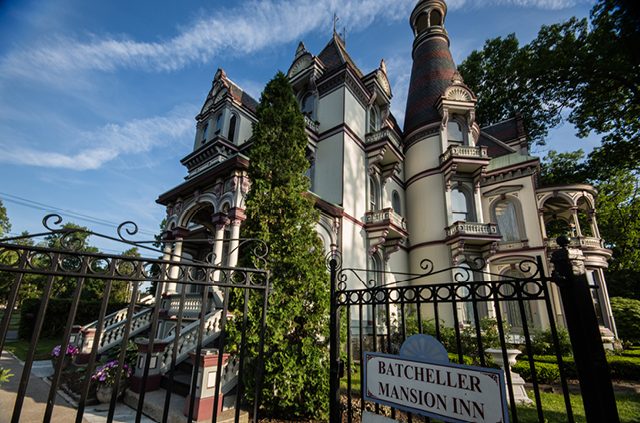 If you can’t resist a good ghost story, the Haunted History Trail of New York State is full of them. With 82 allegedly haunted hotels, restaurants, museums and other eccentric spots to explore, there’s no better time than the spooky season to try and hit as many stops as you can. They’re scattered throughout the state, so you can choose to stay close to home or explore a little bit. For paranormal fans, ghost hunters or those simply interested in learning more about the past, here are a few standout locations.

Feel the energy in the room shift inexplicably when you visit real haunted houses like Miss Fanny’s Victorian Party House in Wappingers Falls or Knox Mansion in Johnstown. Both are private residences that the owners open for tours by appointment for a small fee.

Museums and historic buildings can also be hotbeds of paranormal activity. The Saratoga Springs History Museum, Schoharie’s Old Stone Fort Museum and the National Baseball Hall of Fame in Cooperstown are among those that offer haunted history and ghost tours. You might even meet the spirits of a few late presidents at the New York state Capitol building in Albany. 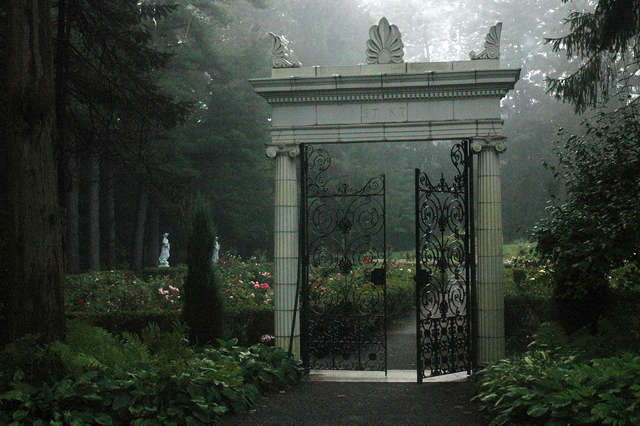 Yaddo Gardens in Saratoga Springs is an allegedly haunted – and artistic – retreat.

For a lighter fright, meet the spirits at Yaddo Gardens in Saratoga Springs, located on the grounds of the prestigious artists’ retreat. Public ghost tours are $10 per person and take place Friday and Sunday evenings through Oct. 28. 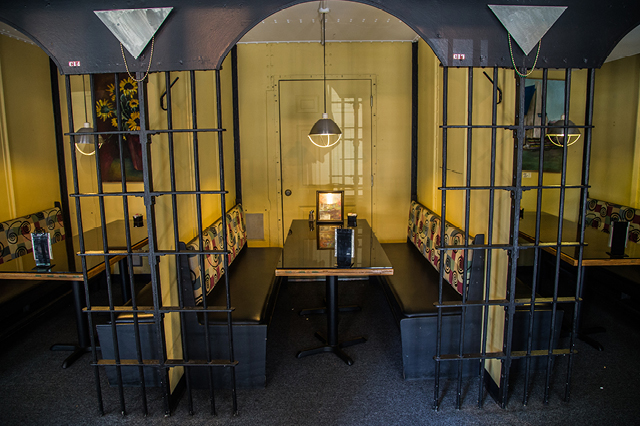 Like a spirited meal? Head to the Calaboose Grille, a former jail turned eatery.

If food is better with friends, then why not ghosts? Find out at the Calaboose Grille. Once the Owego Town Jail, the cells remain, along with a few lingering cellmates who have been known to cause some mischief.

Or sit a spell at the Bull’s Head Inn. Constructed in 1802, Cobleskill’s oldest building was once the residence of Mrs. John Stacy, an avid prohibitionist. All fingers pointed to her when odd activity – such as slamming doors, items being pushed off tables and sightings of a woman in white – started occurring in 1966.

At Grapevine Farms Restaurant & Boutique, also in Cobleskill, customers often tell the owners that something feels off, especially on the third floor of the 1860s farmhouse. Not to fear; it’s only former owner – and resident spirit – David. The place is completely charming and homey, so it’s understandable that he wouldn’t want to leave.

Everything is spookier in the dark. Search for spirits in the shadows on Rochester Candlelight Ghost Walks, Rome Lamplight Tours or investigate Rolling Hills Asylum by flashlight. 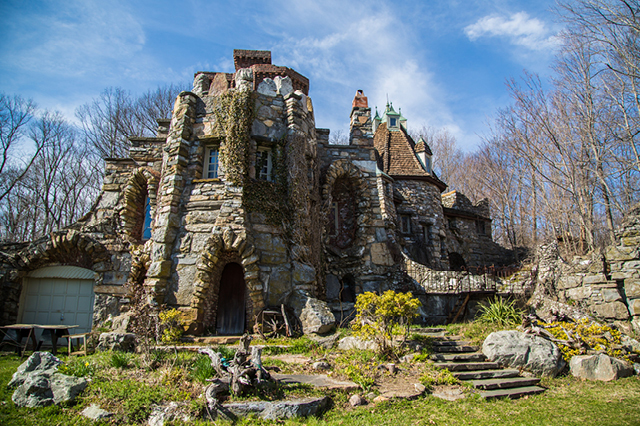 Live-in artists have created the fantastical Wings Castle in Millbrook.

For lodging options that are as hauntingly beautiful as they are haunted, book a stay at the Batcheller Mansion Inn in Saratoga Springs or the live-in art piece Wing’s Castle in Millbrook overlooking the Hudson Valley. At Pine Bush House Bed and Breakfast, supernatural occurrences are natural. Don’t forget to look up: Pine Bush is the UFO capital of New York.