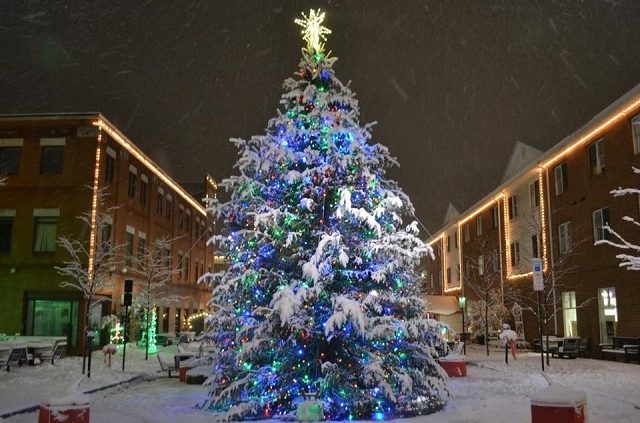 Everybody loves celebrating the holidays, but certain towns and cities take the festivities to another level. From holiday parades to Christmas films playing on repeat, these five Northeast destinations host end-of-year bashes that know no bounds.

They say there’s no place like home for the holidays, but we say these five spots are worth a holiday road trip.

If it’s a jam-packed Christmas extravaganza you’re looking for, you’ll want to head to Woodstock, Vt., for the annual Wassail Weekend. During these three days, the charming town turns into a holiday wonderland with local storefronts draped in garland and lights.

The weekend consists of numerous events including a live performance from Yale’s internationally acclaimed a cappella singers, a holiday house tour and an appearance by Saint Nick. The event ends with the 35th Annual Wassail Parade followed by the lighting of the yule log, Memory Tree and hundreds of luminaries.

If you’re following a northbound route on your holiday road trip, you don’t have to reach the North Pole to find the perfect locale. Just stop when you hit Portland.

Maine’s largest city turns the holidays into a month-long celebration. Every Saturday during December there is a Holiday Historic Walking Tour. The two-hour tour takes guests around the Old Port district’s places of interest from 1632 to present day.

Also held throughout the month will be performances of perennial favorite “The Nutcracker.” The show will be performed by 30 members of the Maine State Ballet along with over 200 local Maine dancers. All performances will take place at the Merrill Auditorium.

Elsewhere, the Victoria Mansion will hold its Ghosts of Christmas Past event from November 29 to January 5. During this time, the mansion will be decorated by leading and up-and-coming local artists, florists and designers to highlight the building’s original 19th century interiors. The mansion will also host a Holiday Gala and two Night of the Nutcracker events featuring music and dance performances.

If you’re visiting Portland with children, you’re going to want to visit the Maine Narrow Gauge Railroad Co. & Museum for its Polar Express themed train rides. Riding in decorated train cars, guests get to meet the conductor, enjoy hot chocolate and cookies, and listen to a reading of the famed book. Santa greets children aboard the train while passengers sing carols on the return trip to the train station.

Portsmouth is another New England town that stretches the holiday party out for several weeks. Here, it’s referred to as Vintage Christmas. It all starts with the kickoff party in late November, which includes the opening of the annual gingerbread house contest exhibition. The following week the town celebrates with a Christmas tree lighting and illuminated holiday parade and food drive.

Other events and activities include an ice skating rink open to the public, tours of decorated holiday houses, a New Year’s Eve Holiday Pops Concert and the annual candlelight stroll, where visitors walk through a historic portrayal of winter featuring glowing historic homes, costumed role players, musical performances and theatricals. 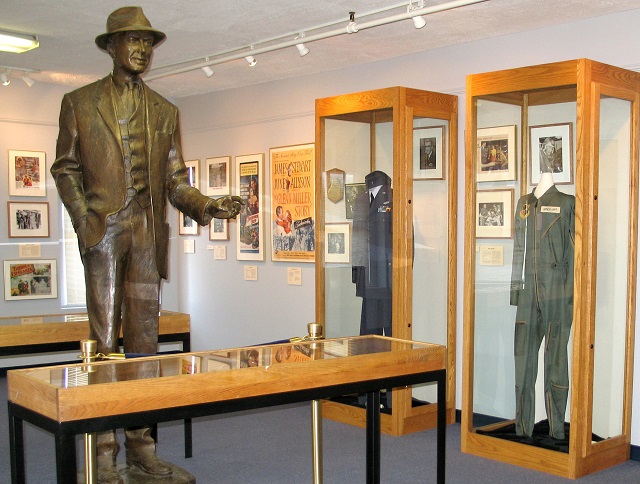 Most people have probably never even heard of Indiana, Pennsylvania, let alone visited. But come holiday time, it’s an off-the-beaten path destination you may want to consider for a holiday road trip. Indiana has two noteworthy claims to fame and both are Christmas related: being the self-appointed Christmas Tree capital of the world and the hometown of famed actor Jimmy Stewart.

Some of the first Christmas tree farms in the country started in Indiana. A reported 700,000 trees were cut down in the county in 1956, giving rise to the area’s famous title.

The Academy Award winner has starred in some of the greatest films of all time, including “Mr. Smith Goes to Washington,” “The Philadelphia Story” and “Vertigo.” But arguably his most memorable role came as George Bailey in “It’s a Wonderful Life,” widely considered the best Christmas movie ever.

Indiana honors its native son not only with a museum dedicated to his life but also with its six-week long It’s a Wonderful Life Festival. The event kicks off the Friday before Thanksgiving with the lighting of a 32-foot Christmas tree followed by a parade featuring floats, marching bands and the arrival of Santa. Events during the festival include a performance of “Rudolph the Red-Nosed Reindeer: The Musical” and a Holiday Choral Music & Historic Band performance. Additionally, the Jimmy Stewart Museum will air “It’s a Wonderful Life” every day from November 23 to December 30. 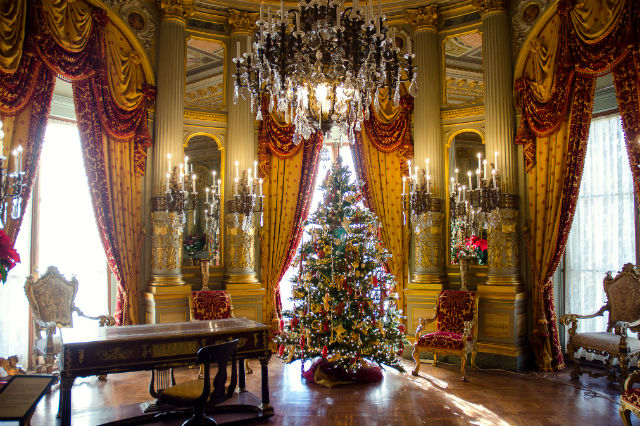 A Newport mansion beautifully decorated for the holidays. (Photo: SomeoneSaidFire / CC BY)

The idyllic seaside town of Newport may not be the first location that comes to mind when you think of holiday destinations. But when December rolls around, Newport pulls out all the stops.

One such effort is Christmas at the Newport Mansions. From November 23 through New Year’s Day, three of Newport’s historic mansions –The Breakers, The Elms, and Marble House – will deck their halls with glitter and gold and all things Christmas. The houses will be filled with thousands of poinsettias, fresh flowers, evergreens, wreaths, and 30 decorated Christmas trees. Each mansion’s windows are lit with individual white candles, in keeping with the colonial tradition. Music and tours round out the festive event.

If you want to enjoy the winter wonderland a little more, head to Gurney’s Newport. The resort’s skating rink opens on November 22.

Need a ride for your holiday road trips? Learn about exclusive Hertz discounts for AAA members. 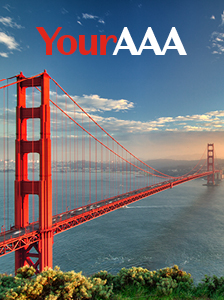