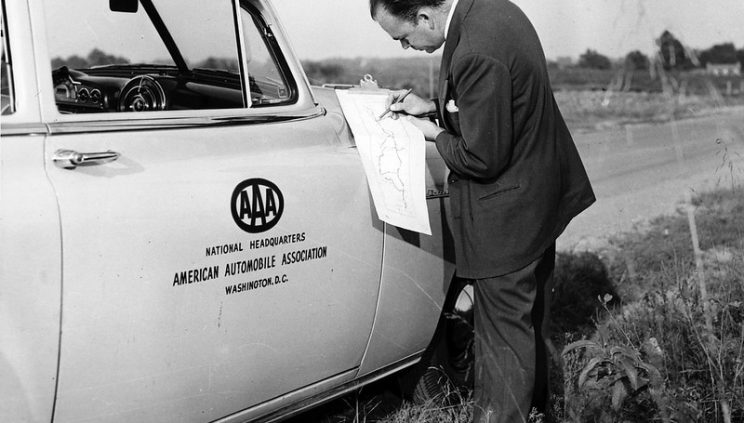 Little did the cartographer know that this project would soon become a full-time position.

AAA then established a Bureau of Touring Information in 1906, to supply members with all available data on roads, hotels, service facilities and motor vehicle laws.

The problem was, there wasn’t much information available. Most early maps were prepared for bicyclists and even the “Blue Book” was a generalized map, meaning it didn’t contain complete maps of every road.

So, AAA finished the job and soon began producing its own auto-oriented maps and road logs and, eventually, a series of Tour Book guides and camping directories.

But it wasn’t until 1911 that the Club produced its first interstate map (right), “Trail to Sunset,” a booklet of strip maps detailing a route from New York to Jacksonville, Fla.

Today, a more sophisticated form of strip maps are combined to make what is known as AAA TripTik routings.