The Biggest Electric Vehicle News of 2021

A lot can happen in a year, and 2021 appears to have set electric vehicles up for a bright future. 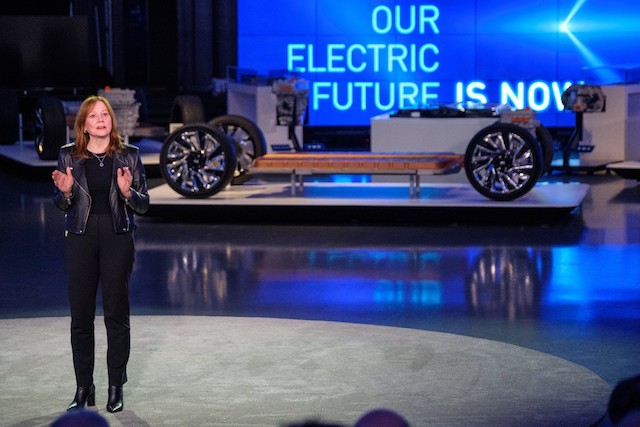 Like any burgeoning industry, the electric vehicle world moves fast, often jumping leaps and bounds in a single year. And 2021 was no different. In fact, the past 12 months may have been one of the most important stretches ever in the development, commitment and adoption of electric vehicles.

Among all the EV stories that came across our news feeds over the past year, a few headlines stood out from the pack thanks to their increased importance and long-term impact. Here are some of the most notable happenings in the EV world in 2021.

For a stretch of time earlier this year, it seemed as though every week another car maker was pledging its commitment to electric vehicles. Many of these proclamations included promises to transition to an EV-only lineup in the near future.

To kick off 2021, General Motors announced in January its plans to stop producing gas-powered cars by 2035. The following month, Jaguar Land Rover said all its Jaguar models will be electric by 2025, followed by an all-EV lineup of Land Rovers by 2030. In March, Volvo joined the ranks with a pledge to only sell electric cars by 2030. Mercedes made a similar pledge in July, claiming it will be ready to go all electric by the end of the decade.

Sales of EVs have risen steadily over the years, but they’re taking a significant jump upward in 2021. Across the globe, a record 5.6 million passenger electric vehicles are expected to be sold by the end of the year, according to a November report by Bloomberg New Energy Finance. That total would mark an 80% increase over 2020 and a whopping 140% jump from 2019.

One reason the Bloomberg report cited for the boost in EV sales is government commitment, and there’s never been a larger investment in the EV industry than the recently passed Infrastructure Bill. Included in the massive piece of legislation is an allocation of $7.5 billion to build out the country’s EV infrastructure. A scarcity of public charging stations has long been one of the major culprits preventing widespread EV adoption.

And even more help could soon be on the way in the form of the Build Back Better Act. The legislation, which is currently being debated in Congress, includes up to $12,500 per vehicle in tax incentives for those purchasing an EV.

More than any other, 2021 was a banner year for lawmakers pledging their commitment EVs, starting with the highest office in the land. Soon after being sworn into office, President Biden pledged to replace the government fleet with U.S.-made electric vehicles. “The federal government also owns an enormous fleet of vehicles which we’re going to replace with clean, electric vehicles made right here in America by American workers,” he said at the time.

A few months later, the commander in chief signed an executive order setting a goal that by 2030, zero-emission vehicles make up half of all new cars and light trucks sold in the U.S. The latter announcement came after President Biden visited Ford’s Rouge Electric Vehicle Center in Dearborn, Michigan, where it is manufacturing the new all-electric Ford F-150 Lightning pickup truck.

The EV market welcomed two notable competitors into the field in 2021: Lucid Motors and Rivian. Unlike some other EV newbies, both companies have been around for years, allowing them to accumulate some awfully lofty expectations. It’s safe to say that, so far, both have delivered — and then some.

Lucid, which began in 2007 as a battery manufacturing company, released its highly anticipated electric sedan in the fall. Prior to rolling off the assembly line, the Lucid Air garnered an EPA-certified range of 520 miles. That mark set a new record, beating the nearest competitor (the Tesla Model S) by more than 100 miles. This all came after a summer that saw Lucid become a public company, a move that earned it $4.5 billion in capital.

Speaking of public companies, Rivian’s November initial public offering was one of the biggest of the year, earning the manufacturer a market value of $86 billion. At that price, the upstart company would be worth more than Ford and as much as General Motors. The uptick in excitement over Rivian, which was originally founded in 2009, stems from its recent delivery of the R1T, North America’s first all-electric pickup truck.

See more of the latest and greatest EVs coming in 2022.

Head to AAA’s Electric Vehicle page for all the news and notes on the rapidly growing industry.

18 Thoughts on “The Biggest Electric Vehicle News of 2021”