The AAA Approved Auto Repair shop has been providing exceptional service to New Jersey motorists for a century. 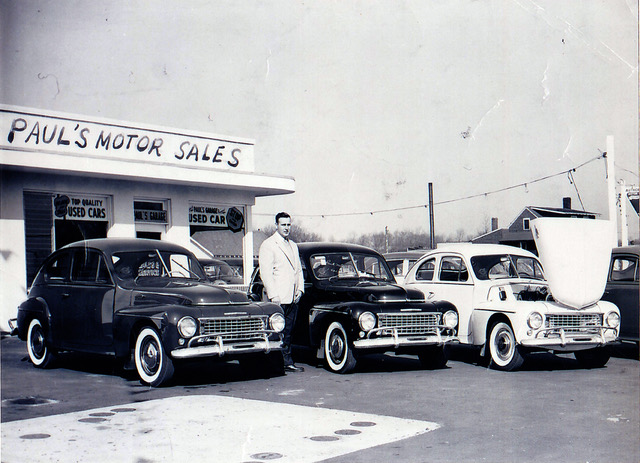 Years ago, the owners of Paul’s Motors in Hawthorne, N.J., planted honey locust trees on the car lot and along the road bordering its property. They did so for environmental reasons: to offset the carbon footprint of the cars driving by and help naturally cool the surrounding area. But the trees are also an apt metaphor for the business and its successful 100 years of operation.

“We are a lot like the trees that surround us,” said Diane Korzinski, who co-owns the business with her father and brother, Paul senior and junior, respectively. “We like to support the environment and we have deep roots in the community. We’re working hard to be socially engaged and service our customers and their families.”

It all started a century ago when Korzinski’s grandfather (also named Paul) relocated from Brooklyn, N.Y., to the suburbs. “My grandfather had a machine shop in Brooklyn but my grandmother wanted to be out of the city and in a rural setting so they moved to Hawthorne and set up a shop.” Her grandfather opened a gas station while grandmother had a little roadside food stand.

Paul Sr. started working in his father’s garage while still just a young boy. Those technical skills came in handy when he became a flight engineer for the United States Air Force. He worked on a B24 bomber and served in the Pacific during World War II. The business’s commitment to serving its community is epitomized by its owner – the 94-year-old still comes to the shop every day. “He has always maintained an interest and curiosity about new technological developments and enjoys learning about them from younger people.”

Paul’s Motors takes great pride in its past, but its success is in no small part due to its commitment to evolve. Over the years, it has expanded to include used and vintage car sales. It’s been a AAA Approved Auto Repair shop for 30 years.

The business’s support of its community also goes beyond the local residents – it is dedicated to being as environmentally friendly as possible. The facility’s buildings utilize green energy and the shop’s hydraulics are even powered by vegetable oil. “The design of the showroom and service garage embody passive solar and environmental enhancements,” Korzinski said. “The position of the shop on the land allows the business to use prevailing breezes to keep it cool and clear and energy efficient.”

When Paul’s Motors first opened, roads were mostly made of dirt. Nowadays, driverless vehicles roam the streets. But through all this change, the company has only flourished through hard work, endurance and commitment to community. With it being family-run, these characteristics are certain to stay within the business and keep Paul’s Motors running for another 100 years.

Find an AAA Approved Auto Repair facility closest to you.