Some of us still like to play in the dirt, which presents an automotive conundrum: How to find a vehicle fit for everyday driving that’s still up for a little weekend exploring? These two “anti-SUVs” are excellent solutions. 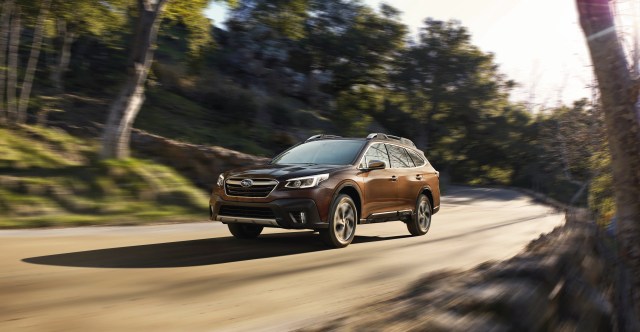 Even the most adventurous among us don’t want to be driving the kids in a SUV that looks like it escaped from the set of “Mad Max.” This is where the Subaru Outback Wilderness comes in.

This buff version of the compact all-wheel drive wagon features the kind of functional upgrades you might do yourself if you didn’t mind voiding the warranty. We’re talking all-terrain tires, a beefier suspension with 9.5 inches of ground clearance, and a front skid plate. There are also a few upgrades that would be hard to replicate, including a more capable AWD system.

While there are gnarly trails where the Outback Wilderness would be out of its depth, it performed admirably on dirt fire roads. On the pavement this ruggedized variant delivered the same smooth, quiet ride as its standard cousin. The 2.4-liter, horizontally-opposed turbocharged 4-cylinder delivered all the performance we could hope for.

Inside offers plenty of room for four and a week’s worth of camping gear, making it the model you want if you’re leaving civilization behind post-apocalypse.

Can a station wagon be sexy? One look at the Volvo V90 Cross Country and we decided the answer is a resounding ‘Yes!”

The midsize V90 Cross Country’s svelte silhouette is propelled by a 295-hp 4-cylinder that’s both supercharged and turbocharged. While this engine design is unusual, we found the supercharger adds oomph at low speeds, while the turbo gives this family hauler a noticeable kick as speed builds.

The V90 Cross Country features all-wheel drive and raised suspension with a healthy 8.3 inches of ground clearance. Handling on the pavement is also better than you’d expect, making it a pleasure to drive.

Finally, just in case you think looks and practicality are mutually exclusive, know the V90 Cross Country’s upscale interior offers good passenger room, and a 69 cubic foot cargo area that’s larger than many crossovers. If you need to tote still more stuff, this wagon will tow up to 3,500 pounds when properly equipped.

All that aside, the real appeal remains watching heads turn as you drive by.

One Thought on “Test Drive: The Anti-SUVs”