Different Types of Fuel and What’s Best for Your Car

New types of fuel are emerging, but is gasoline still your best bet? 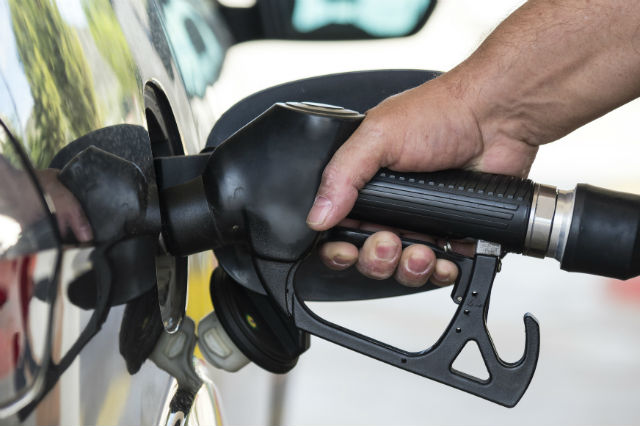 It wasn’t too long ago that gasoline and diesel were the only two options to power your car. But these fuel types come with serious drawbacks including high cost and environmental hazards. With the increased need to use renewable fuel sources, several other options are being used more frequently – and more are continuing to emerge. With that in mind, here are a few of the most popular types of fuel for cars, and how to determine the right one for your vehicle.

Click here to check the current cost of gas in your state – updated weekly!

The most commonly used fuel for cars is gasoline. It is easily combustible, which allows for quick starting and fast acceleration. However, the high levels of carbon dioxide produced from burning gasoline is a leading contributor to pollution and, in turn, global warming. According to the Union for Concerned Scientists, cars and trucks account for nearly one-fifth of all U.S. global-warming emissions. In response, many companies and consumers are increasing their use of alternative fuel types.

There are generally three different types or “grades” of gasoline, determined by the gasoline’s octane level. A level of 87 is considered “regular,” 91 is “premium,” and 89 is mid-grade. The grade of gasoline you should use depends on the type of vehicle and engine you have. (More on that below).

Along with gasoline, diesel is the other popular form of fuel, used specifically for diesel engines. Diesel vehicles are more fuel efficient, often traveling about 20% to 35% farther on a gallon of fuel than their gas-powered counterparts. Therefore, vehicles that are traveling far distances, such as trucks and vans, commonly use diesel engines. It also produces less carbon dioxide than gasoline. However, it does create nitrous oxide, which causes smog.

Better known as propane, liquified petroleum is a much cleaner and cheaper form of fuel. Many hybrid cars in foreign countries such as the United Kingdom have been designed to use propane. However, automobiles in the United States rarely use it. The only way to use propane domestically is to convert your vehicle’s gas engine.

Ethanol is a popular biofuel made from sugar cane, barley, corn and other natural resources. However, it is generally used as an additive in other fuel sources in order to help cut down on hazardous emission. According to the U.S. Department of Energy (DOE), more than 98% of U.S. gasoline contains ethanol, typically E10 (10% ethanol, 90% gasoline).

But gasoline with higher percentages of ethanol also exist. E85, also called flex fuel, is an ethanol-gasoline blend containing 51% to 83% ethanol. E85 can only be used on Flex Fuel Vehicles, which are specially designed to run on gasoline, E85, or any mixture of the two. Ethanol can be extremely helpful in cutting down on emissions but a car’s fuel delivery system and engine need to be designed to use it.

Compressed natural gas is a clear, odorless and non-corrosive gas that can be used in liquid or gas form to run a combustion engine, though gas engines would need to be converted to use it. The fuel produces approximately 80% less emissions than gasoline. Additionally, vehicles that run on compressed natural gas are similar in power, acceleration, and cruising speed to gasoline or diesel vehicles. Compressed natural gas can limit driving range, though, as less overall gas can be stored in the same size gas tank.

This renewable, biodegradable liquid fuel is made from vegetable oils, animal fats or recycled cooking grease. According to the DOE, biodiesel emissions are 74% lower than those from petroleum diesel. Diesel vehicles can generally use a low percentage of biodiesel without any engine modification. However, higher levels of the fuel will require modifications. 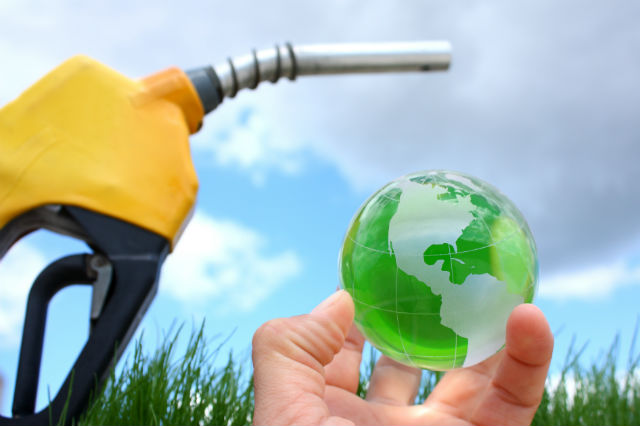 Determining the Type of Fuel for Your Car

Most vehicles in the United States run on gasoline or diesel fuel. The driver’s manual should dictate the fuel type your car needs. There should also be a label on the fuel door that reads something along the line of “Diesel Fuel Only” or “Unleaded Gasoline Only.” If there’s ever a doubt, call the manufacturer.

It is imperative that you put the proper fuel in your car’s tank. Gas engines cannot combust diesel fuel and vice versa, so the car won’t start if it is filled with the wrong fuel type. Even worse, it can cause serious damage to the engine.

AAA Approved Auto Repair Facilities can help get your car back out on the road. Find the nearest one here.

As stated previously, gasoline grades are dependent on the fuel’s octane level. Higher octane levels ensure the gas burns evenly, which helps keep your engine cleaner and improve performance. Therefore, it is commonly used in vehicles with high-compression engines or turbochargers, like sports cars.

The car’s manual should state the gasoline grade needed. It may suggest premium gas but not require it. If this is the case, your car should be able to run fine with lower grade gas, and it could save you money.

The Future of Fuel

Further in the future we could see a more popularity with hydrogen. Hydrogen is stored in a onboard tank and that hydrogen goes through a fuel cell and makes electricity to run the electric motor(s). The byproduct of hydrogen combustion is water. Unlike battery electric car, hydrogen cars refuel much quicker.

AAA members can save money at the pump with Shell’s Fuel Rewards program. Learn more.

Motorists can find the cheapest gas prices wherever they are by using the AAA Mobile App.