The Top Animated Cars of All Time

The limitless world of cartoons has given rise to colorful, crusading and cutting-edge cars. Here are some of the most memorable.

12 COMMENTS
Cars & Trucks » The Top Animated Cars of All Time 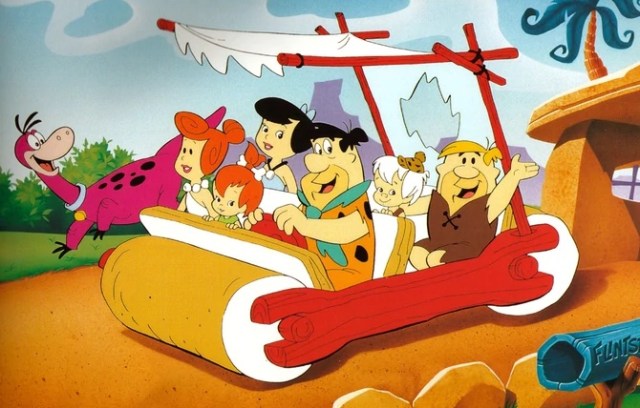 Real-life vehicles in television and movies tend to get most of the adoration. But for most of us, animated cars offered our first glimpse into the wonders of automobiles.

Many cartoon cars have come and gone over the last half-decade. Some had magical powers, others were fully equipped with technological gizmos, while at least one was downright prehistoric in its simplicity.

Without further ado, here are some of the greatest animated vehicles to grace the television and silver screens.

“Scooby Doo, Where Are You!”

Scooby and the Mystery, Inc. gang have been driving around in their iconic, flower power-decorated van for more than 50 years. The Mystery Machine may not boast any high-tech features or anthropomorphic qualities, but it gets credit for being the ultra-reliable mode of transport for the greatest teenage detective group ever – and for having the best paint job in the history of animated cars.

Is George Jetson’s vehicle the greatest animated car of all-time? The flying machine can travel up to 2,000 mph, run on clean energy, fit a family of four and fold into a suitcase. Add in some state-of-the-art-technology and a bubble top that puts sunroofs to shame, and you have a truly out-of-this-world transport.

Writers of “The Jetsons,” which was set in 2062, correctly predicted many future technologies. (Think video calls, smart watches, flat-screen TVs, holograms and robotic cleaners.) Could flying cars be next?

Truth be told, Fred Flintstone’s car would likely not be our first choice of vehicle. Its lack of safety features and suspension surely made for a risky, rocky ride. And its infamous leg-powered, callus-inducing propulsion system eliminates all possibilities of a leisurely drive.

But for all its drawbacks, this vehicle got the job done. Made from little more than rocks, wood and animal hide, the Flintmobile was a prehistoric family car. The show’s opening credits show the vehicle fitting both the Flintstone and Rubble clans, as well as a small dinosaur. Plus, it’s windowless design made it ideal for drive-in movies.

Suffice to say, elementary school would have been a far different experience if we were in Miss Frizzle’s class. Able to transport anywhere (or inside anything), the eponymous school bus brought new meaning to the teaching philosophy of getting students out of the classroom and into the field.

With all due respect to the rest of the Transformers crew, these two were the stars. Optimus Prime, the leader of the Autobots, was commanding as a semi-truck and even more so as a towering robot.

With the recent influx of live-action remakes, it’s easy to forget Bumblebee was not a rough-and-tough Camaro in the original animated series, but a humble Volkswagen Beetle that transformed into a hero.

A more recent inclusion on this list, Lightning McQueen debuted in 2006’s “Cars.” Not only could the cherry red corvette smile and talk, it had the charming personality that made those features worthwhile. Filmmakers cited cocky, but likeable athletes such as Muhammad Ali, Charles Barkley and Joe Namath as their inspiration. The result was a racing star that carried the Cars franchise for another two films.

And no, the car was not named after actor and race car driver Steve McQueen, but in honor of Pixar animator Glenn McQueen, who died a few years before the original film was released.

The animated car Mach 5 was inspired by two real-life movie cars: the Elva Mk VI that Elvis Presley drove in “Viva Las Vegas,” and James Bond’s tricked-out Aston Martin in “Goldfinger.” The result is an aerodynamic racecar equipped with a seven-button steering wheel that triggers mechanisms capable of everything from cutting down trees to turning amphibious for underwater maneuvering.

The beauty of the Gadgetmobile is that it came in two modes. The vehicle was a family van when the Inspector was off the clock but transformed into a police car once trouble was afoot. This latter version, which resembled early Lotus Espirit models, came fully equipped with all the necessary gadgets: a giant robotic claw, ejector seats and “hilarious gas,” to name a few. It even flew once.

“One Hundred and One Dalmatians”

Cruella De Vil’s coupé is as sleek and sophisticated as its owner is sinister and sordid. The imposing vehicle’s several-foot long hood covered a powerful engine, shown toward the end of the original 1961 animated film. The car also came personalized with “CD” inscribed into the hubcaps, while the headlights and front bumper were shaped to resemble a scowling face.

Animators based Cruella’s car on a 1920 Alvis Speed drophead coupé. In the 1996 and 2021 live-action movies, filmmakers opted for a Panther De Ville.

The Batmobile’s finest hours have come via the litany of live-action movies starring its superhero owner. But it’s appearance in the early 1990s “Batman: The Animated Series” deserves a spot on this list. Its midnight-black appearance is the four-wheel embodiment of the stealthy Caped Crusader himself.

The Speed Buggy was an anthropomorphic dune buggy that was part racecar, part friend, with the personality of a puppy dog. (The series was produced by Hanna-Barbera studio, the creative team behind Scooby-Doo). If its racing skills and charm weren’t enough, Speed Buggy was voiced by Bugs Bunny himself, Mel Blanc.

Truth be told, we wouldn’t mind taking a ride in any of the cars competing in Wacky Races. But the Mean Machine was cool enough to make us almost want to root for the bad guys.

Dick Dastardly and his canine sidekick Muttley clearly had the superior vehicle. It’s rocket-powered engine would propel them to huge leads. It was only when they began employing tricks and traps against their competitors that things fell apart. They cheated all the time, yet never won. And there’s probably a lesson in that.

What are some of your favorite animated cars? Let us know in the comments below!

12 Thoughts on “The Top Animated Cars of All Time”