A Slice of Brooklyn pizza tour is a fun way to experience Brooklyn and taste some of the best pizza that the borough has to offer. 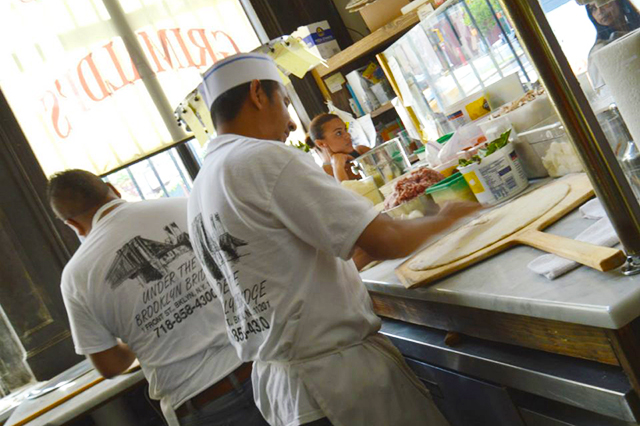 “Manhattan? Fuhgettaboudit!” That’s the slogan of A Slice of Brooklyn pizza tours, which set out to prove to tourists and local day-trippers alike that Brooklyn is the superior borough. As the creators of the original pizza bus tour, they win over visitors the best way that any true Brooklynite knows how – with a slice of their favorite neighborhood pie.

Though born and raised on Long Island, I know Brooklyn pizza well. As the daughter of a Brooklynite, my dad made sure that I knew what good pizza was. I lost count of the L&B Spumoni Gardens squares I’ve consumed a long time ago.

Curious to learn the backstory behind some of the most famous and long-standing pizzerias in Brooklyn, I reached out to the owner of A Slice of Brooklyn Bus Tours, Tony Muia, who invited me to go on one of his top-rated pizza tours.

Read about my adventure then grab your seat on the bus. AAA members receive a 15% on all tours booked online.

A Slice of Brooklyn Pizza Tour

“How you doin’?” Our guide Paula greeted us in an unmistakable drawl, holding a little longer on the “doin’.” She – like all Slice of Brooklyn pizza tour guides – is from Brooklyn, giving an immediate sense of authenticity to the tour.

The bus picked up the group at a convenient meeting spot in the Union Square section of Manhattan and by exactly 11 a.m. we were on our way. Surprisingly, there were not too many out-of-towners on the day I went. The most distant travelers were a couple from Germany, but mostly it was groups of friends and families from around the area looking for a fun way to spend a Sunday.

As we headed across the Williamsburg Bridge to our destination past pristine views of the Brooklyn Bridge and downtown Manhattan, Paula (who is Tony’s cousin), delivered facts and commentary with signature Brooklyn banter, throwing in some local gossip, humor and a few lighthearted zingers about Staten Island. When we reached the other side, Frank Sinatra began to croon “The Brooklyn Bridge” over the speakers – we had arrived!

The standard Slice of Brooklyn Pizza Tour covers Brooklyn from one end to the other. Featuring the two distinctive styles of NYC pizza, the 4¼ hour tour starts at Grimaldi’s under the Brooklyn Bridge for their round Neapolitan-style pie and heads east to the opposite end of the borough for the Sicilian at L&B. Each person gets a soft drink and at least two slices at each stop.  It’s Pizza 101 for those who might have previously believed that Domino’s is what real Brooklyn pizza tastes like.

“Folks are always blown away by the quality of the pizzas, the authenticity of each style, and often go home spoiled and never able to go back to their hometown pizzas again,” Tony said.

Not only are these two of the most iconic pizzerias in town (and many would argue, two of the best), they’re large enough to accommodate the tour groups. Best of all, you walk right past the lines!

On the way from one pizzeria to the other, guests were treated to a neighborhood sightseeing tour, which included a stop at Brooklyn Bridge Park for some of the best views of the bridge and Manhattan, a look at the million-dollar homes on Shore Road in Bay Ridge and a ride past famous landmarks and movie locations. It concluded at the Coney Island Boardwalk, where everyone was free to do what they wanted. Some shopped, while others rode the Cyclone for the first time.

To enhance the experience, an audio-visual program accompanied the sights with music and movie clips. So if you only know Brooklyn from the movies, they make it real by matching up famous film scenes with their locations. Picture yourself in the introduction of “Saturday Night Fever” while following John Travolta’s steps down 86th Street to the tune of the Bee Gees’ “Stayin’ Alive.” How Brooklyn is that?

At Grimaldi’s in the DUMBO neighborhood, we walked past the always-long line (and a few stink eyes) right to our tables. To enjoy the pizza in its purest form, we were served the Neapolitan pie made simply with ground San Marzano tomatoes, fresh mozzarella and fresh basil. But the real star – and the reason why people wait for hours – is the coal.

Grimaldi’s is one of the few remaining pizzerias in New York City with an authentic coal-fired brick oven, which allows the oven to come up to an optimal pizza-making temperature of 900 degrees and provides a lightly charred, crispy crust with hard-to-find genuine fiery flavor. It’s a taste of traditional New York-style pizza as it was originally made.

Next up was L&B Spumoni Gardens. “It’s almost like angels should sing when I say it,” Paula joked. L&B is known for its Sicilian upside-down pie, made with the mozzarella cheese on the bottom, sauce on top, and a finishing sprinkle of pecorino Romano cheese over the sauce.  This method is often imitated but never duplicated! One signature of the L&B slice is the crust, which unlike other Sicilian slices is light and airy (cooks let the dough rise two times).

L&B is the legacy of Ludovico Barbati, who used to sell homemade Italian ices and spumoni on a horse-drawn wagon through the streets of the Bensonhurst neighborhood where the pizzeria is located today. Barbati, who learned how to make pizza in a garage from a baker on West 8th Street, gradually expanded the business over the years to meet growing demand. Evident by the lines, double-parked cars – and now buses – out front, that demand grows more every year.  As it says on the sign out front, it’s been family-owned for over 70 years, and the recipes for the pizza and spumoni ice cream remain the same.

With dark slicked back hair and a tattoo of the Verrazano Bridge on his arm, Tony is the face of the company and exactly who you might picture as an ambassador for Brooklyn. He is a slice of Brooklyn himself.

Physically and emotionally drained after 20 years of working in the health care industry as a respiratory therapist, he was encouraged by those closest to him to pursue his business idea of doing what he does best: talking about his neighborhood for a living.

“I always boasted to friends about Brooklyn pizza and loved showing people around my hometown, which was essentially the pizza tour, but with my car and without an audio-visual program,” Tony said. “I started to think to myself, ‘Maybe this could work if we had a bus?’ While tourism to NYC had increased dramatically under Mayor Rudy Giuliani during his time in office, there really wasn’t much of it coming to Brooklyn. I figured it was worth a try and folks really took to it right away.”

A Slice of Brooklyn Bus Tours has now been in business for over 10 years.

Although public tours only stop at two pizzerias, Tony includes more on smaller private tours, including other classic Brooklyn pizza institutions such as Totonno’s, Di Fara, J&V and more. As a fan of what he calls “walk-up-to-the-window slice joints” other pizzerias he recommends include DaVinci in Bensonhurst, Pizza Wagon in Bay Ridge and Smiling Pizza in Park Slope.

Each pizzeria has something different to offer, and depending on whom you ask, any one of them is “the best” –in New York or anywhere.  Most people’s loyalties rest on their childhood neighborhoods.

So what’s the secret to Brooklyn’s history of longstanding pizza joints? For one, families use recipes that have been passed on for generations from their Italian immigrant ancestors who settled in Brooklyn. And like any good eatery, they maintain quality and consistency, Tony said. “You want to know that every time you go to a place like L&B Spumoni Gardens, or any of the classic Brooklyn pizzerias, that the pizza is going to be just as amazing as the last time you went…even if you haven’t been back in years.”

In addition to pizza tours, A Slice of Brooklyn also offers neighborhood tours and Christmas light tours of the over-the-top displays in Dyker Heights. Plus, more are currently in the works! Don’t forget to book online to save with your AAA discount.

What’s your favorite Brooklyn pizza? Tell us in the comments below!

Save on more local tours and attractions with AAA discounts. 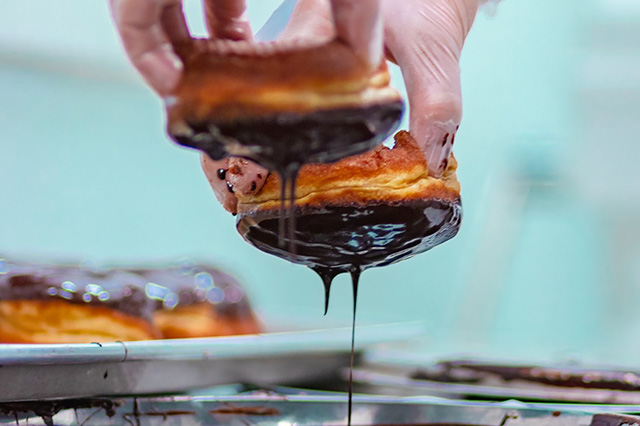 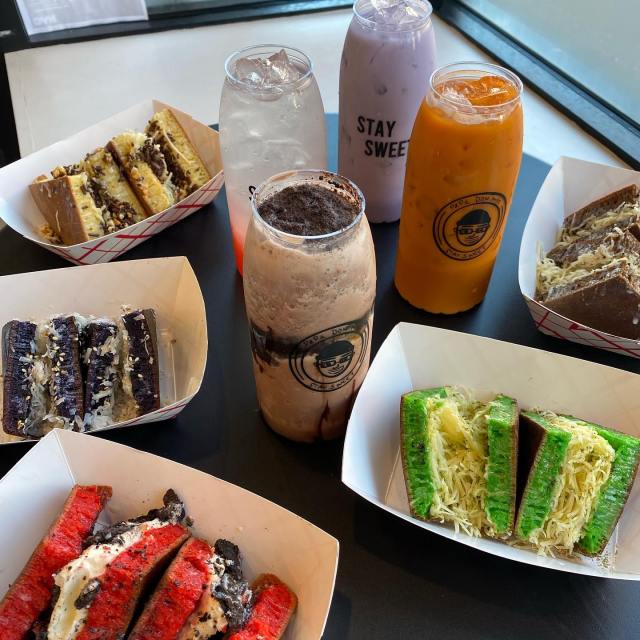 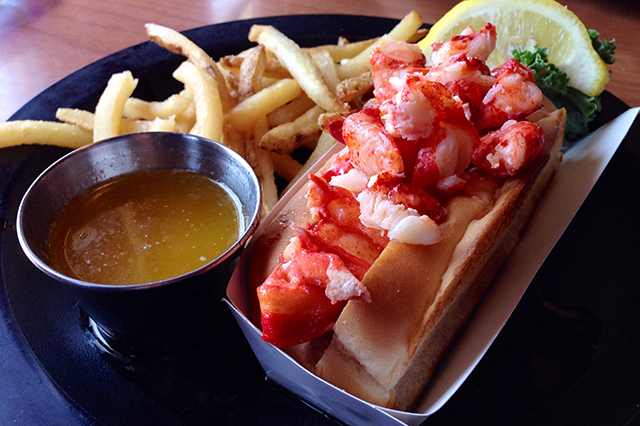