What to Watch Right Now

Looking for something to watch while you stay inside? Here are some of the best TV shows streaming right now. 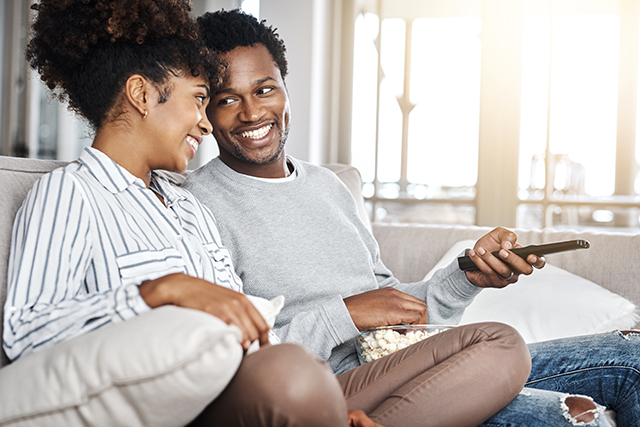 Looking for something to watch while you stay inside? In the era of streaming television, you have a lot to choose from – but sometimes that’s the problem! When there’s so much content, it can be difficult to separate the worthwhile from the wish-I-never-saw-it.

Check out this list of what to watch on the top streaming platforms.

What to Watch on Netflix

Tiger King is a docuseries about Joe Exotic, the extremely eccentric owner of a roadside zoo. Joe doesn’t have the most ethical practices, however. And when a big cat rescuer calls him out, one of the wildest rivalries in the world is born. If you want to learn more about this bizarre story after the show is over, check out the podcasts Joe Exotic: Tiger King and Cat People.

The Circle is a reality show in which the contestants never actually meet (until they’re voted out, at least). They communicate solely through a social network called the Circle, and compete to see which of them can become the most popular of the group. With quirky contestants and more than a few catfish, it’s a great way to spend an afternoon.

I Think You Should Leave

This sketch show by comedian Tim Robinson will worm its way into your brain and never let go. I admit that I’ve watched the whole thing more than twice. It defies description.

Cheer is a docuseries about the fiercely-competetive Navarro College cheer squad, led by the exacting Monica Aldama. It’s the best mix of a sports documentary and a dance documentary, with high emotions, crushing defeats and personal triumphs. Three cheers!

Odds are, you’ve heard of Queer Eye, the modern reboot of the makeover show Queer Eye for the Straight Guy. It’s good. It’s great. It’s more than a makeover – this show is like a warm bath for the soul.

Mindhunter isn’t a show about catching the criminal, it’s about understanding them. This period piece about early FBI profilers is filled with amazing performances on both sides of the law.

Another show that has a follow-up podcast! Dirty John is based on the podcast of the same name – a true story about an online date gone disastrously wrong. The show is cheesy at times, but it’s never boring

Tuca and Bertie is an animated show for adults created by Lisa Hanawalt, who you might know from her work on BoJack Horseman. Best friends Tuca (a toucan) and Bertie (a songbird) navigate their lives in Bird Town, dealing with boyfriends, creepy bosses, patronizing aunts and trains made of giant slugs. Tuca and Bertie is one of the few adult animated shows that takes their audiences seriously, giving them a perfect mix of cartoon nonsense and poignant characterization.

What to Watch on Hulu

Based on the novel by Celeste Ng, Little Fires Everywhere begins with arson. Then it immediately flashes back to four months earlier, to investigate how it happened. Reese Witherspoon and Kerry Washington give amazing performances as co-leads as they butt heads throughout the series.

Devs takes place in a near-future Silicon Valley, which sits in the shadow of Amaya, a powerful tech company working on a mysterious project. When her boyfriend goes missing after getting a promotion at Amaya, computer engineer Lily Chan takes it upon herself to investigate.

Fargo is an anthology series in the spirit of the original Coen brothers film of the same name. Each season is a story of folly and murder in the snowy Midwest. While all the seasons are great, the first season is some of the best television of recent memory.

Based on a horrifying true story, The Act is about Dee Dee Blanchard and her ailing daughter, Gypsy Rose. But is Gypsy sick at all? For more on this story, see the HBO documentary Mommy Dead and Dearest.

Community is a genuinely funny sitcom about a study group at a community college. If anything can make you laugh in these times, it’s Community.

Atlanta is the brainchild of Donald Glover (who was on Community!), about two cousins trying to make their way in the Atlanta rap scene. Atlanta is a weird and wonderful show, and every character is either fully fleshed-out or purposefully bizarre. Most of the time, they’re both.

The Handmaid’s Tale is Hulu’s most successful series, and there’s a reason for that. It’s an incredibly well-made show with some of the best acting out there. The first season is a standout, and not to be missed. 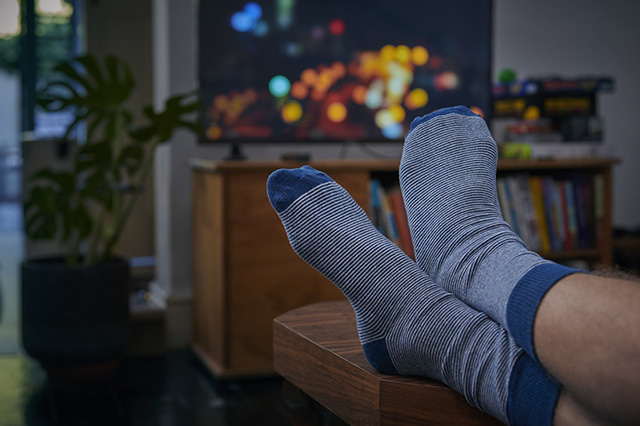 What to Watch on Prime

Making the Cut is a reality competition show about fashion design, hosted by Tim Gunn and Heidi Klum. It’s the grad school to Project Runway’s undergrad.

The Marvelous Mrs. Maisel is about a recent divorcee in the early 1960s, trying to make her way in the world of stand-up comedy. The show is colorful and charming, almost like a musical with jokes instead of songs.

Based on the book by Neil Gaiman and Terry Pratchett, Good Omens is the story of a demon, an angel, the antichrist, and the end of the world. But it’s funny! David Tennant and Michael Sheen make star turns as the demon Crowley and the angel Aziraphale.

Produced by Jordan Peele, Lorena is a docuseries that revisits the infamous case of Lorena Bobbitt. Even if you remember the case (and who doesn’t), it’s not to be missed.

What to Watch on HBO Go and HBO Now

McMillions is a docuseries that tells the story of how the McDonald’s Monopoly game promotion was infiltrated and rigged for years. It’s a romp, as much as a true crime docuseries can be a romp.

The Plot Against America

The Plot Against America, based on the book by Philip Roth, takes place in an alternate history in which Charles Lindbergh defeated FDR and became president of the United States in 1940. The show follows a Jewish family living in New Jersey as they navigate the increasingly tense and frightening political landscape.

Westworld is a delightful mix of a wild west show and a sci-fi meditation on the meaning of life. What’s not to like? There are cowboys and robots.

Watchmen picks up where the comic series by Alan Moore and Dave Gibbons left off, in a world marked by the presence of superheroes and masked vigilantes. And also a giant squid. If you’re going to watch the Watchmen, I highly recommend you read the comic first. It’s worth it.

Chernobyl is the terrifying true story of the Chernobyl nuclear disaster and the heroes who helped to contain it. Be warned – the series is about radiation, so it’s full of body horror. But if you can handle that kind of thing, it’s one of the best miniseries in recent memory.

If you’re one of the two people in the world who hasn’t seen Game of Thrones, now’s the time to do it! It’s no Sopranos, though.

Need more suggestions? Check out what Your AAA editors are watching, reading and listening to these days.

What are you watching right now? Tell us in the comments.

2 thoughts on “What to Watch Right Now” 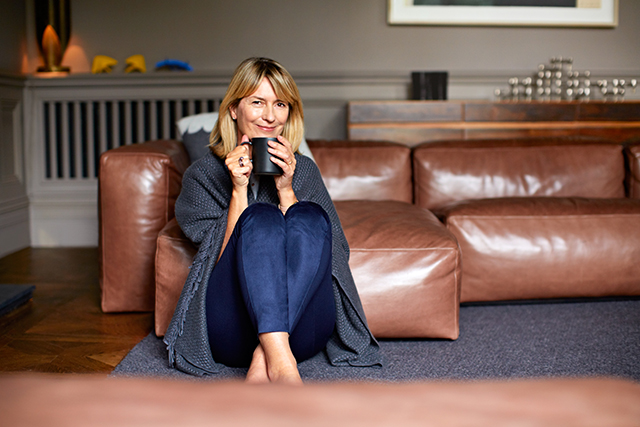 Stay warm all winter long by taking care of your home heating equipment. 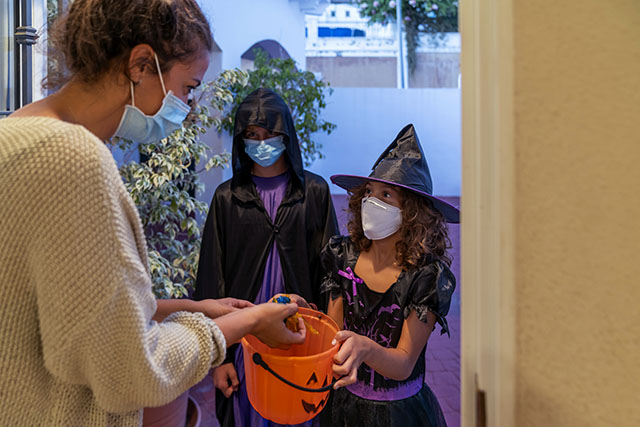 Halloween may be spooky, but it doesn’t have to be scary. Here’s how to celebrate Halloween safely this year. 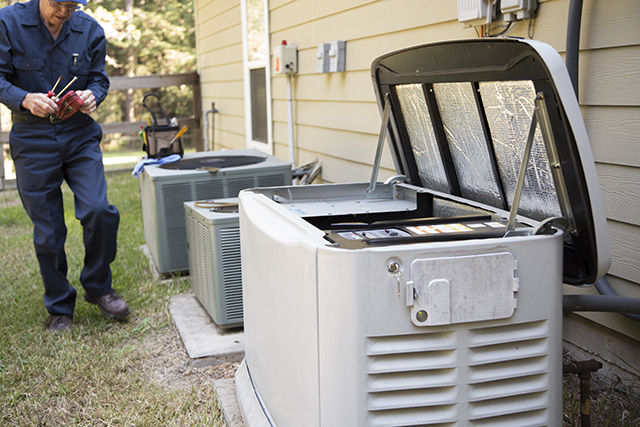 Should You Have a Backup Generator?

When extreme weather leads to extended power outages, a backup generator can be invaluable.