These advice podcasts bring the joy and schadenfreude of the advice column to life, while baking in some genuinely good advice. 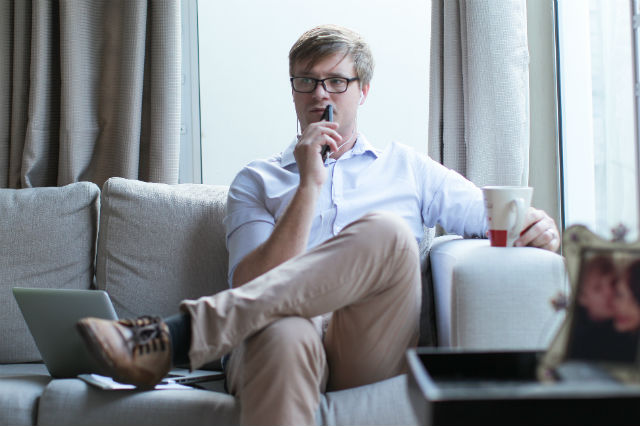 Advice columns have dedicated readers with their own lingo (“the missing stair,” “evil bees,” “not my monkeys“) and an overall insistence that everyone deserves understanding and respect.

These advice podcasts bring the joy and schadenfreude of the advice column to life, while baking in some genuinely good advice. It’s the spoonful of sugar that helps the medicine go down. Here are some of my favorite advice podcasts.

It’s hard to beat Slate’s long-running “Dear Prudence” column at the advice-giving game. The current Prudence is Daniel Mallory Ortberg, who has been giving out advice as Prudie since 2015. In 2016, Slate and Ortberg launched a podcast based on the column called (what else?) “Dear Prudence.” On “Dear Prudence,” Ortberg fields questions about things like relationships, work, family, life and so much more. Ortberg is always accompanied by a guest who is at least as sharp and witty as him, and it’s great to hear them gasp over the unbelievable details of the letters people send to Prudie. The questions range from the serious to the completely absurd, and Ortberg is able to handle all of them.

As the former chief of staff of a successful nonprofit, Alison Green knows everything about work – specifically office politics. Do you have coworkers who overshare? A mystery sandwich thief? Disastrous holiday parties? Clueless bosses? An office with no rules? An office with too many rules? Green is here to help. “Ask A Manager” is perfect for office newbies and workplace veterans alike, and Green’s sensible advice will often leave you wondering, “Why didn’t I think of that?” I mostly listen to “Ask A Manager” for the truly insane office stories (like the boss who asked his employees for an organ donation, the office with mandatory group-therapy sessions and the interns who petitioned for the right to wear sweatpants to work). Even if you don’t have a question, “Ask A Manager” has the answer.

Where Should We Begin?

Unlike most of the other podcast listed here, “Where Should We Begin?” doesn’t field questions from listeners. “Where Should We Begin?” is actually a series of recorded therapy sessions, presided over by psychotherapist and New York Times bestselling author Esther Perel. Perel focuses on couples and romantic relationships with gentle, yet probing questions delivered in a captivating European accent (French? German? Who can say?) “Where Should We Begin?” is so intimate that it feels like eavesdropping, like nobody knows this is being recorded – even though everyone does. Perel’s anonymous clients are so open, raw and honest that it will leave you stunned. It’s a must-listen for anyone who loves podcasts or is interested in relationships.

Mom and Dad are Fighting

“Mom and Dad are Fighting,” like “Dear Prudence,” is an advice podcast produced by Slate. But this one is specifically about the world of parenting. It is a wild world, filled with questions that demand answering (and not just “where do babies come from?”). “Mom and Dad Are Fighting” is hosted by Gabriel Roth, Rebecca Lavoie, and Carvell Wallace, who are parents and therefore have some experience in the subject of parenting. I don’t have kids, but I do like to judge people, and there’s no better avenue for judgement than an advice column about raising children. Feels good up here on my high horse!

Writers Cheryl Strayed and Steve Almond host this advice podcast, which answers listener questions with “radical empathy.” Strayed and Almond never hesitate to place themselves in the shoes of the question-asker, teasing out the details and pain that make each conundrum heartbreakingly human. They are so kind and understanding that it feels like listening to a warm embrace. They truly care about these total strangers.

And now for something entirely different. “My Brother, My Brother and Me,” fondly referred to as MBMBAM (pronounced “mah-bim-bam”) is a podcast starring three brothers: Justin, Travis and Griffin McElroy. Though it’s billed as “an advice show for the modern era,” the McElroy brothers are less interested in advice than they are in jokes. They take questions from listeners and punt them – hard – onto the altar of goofs. Some of their most-loved goofs are Glass Shark, Amelie, Cromslor and A Case of the Mondays.

One of the most famous fans of MBMBaM is Broadway superstar Lin-Manuel Miranda, who snuck some McElroy references into “Hamilton” and signals fellow MBMBaM fans whenever he’s in front of a camera.

Read our interview with Justin McElroy.

Looking for even more shows to listen to? Check out my articles about the best history podcasts, the best film podcasts and the best limited-series podcasts!