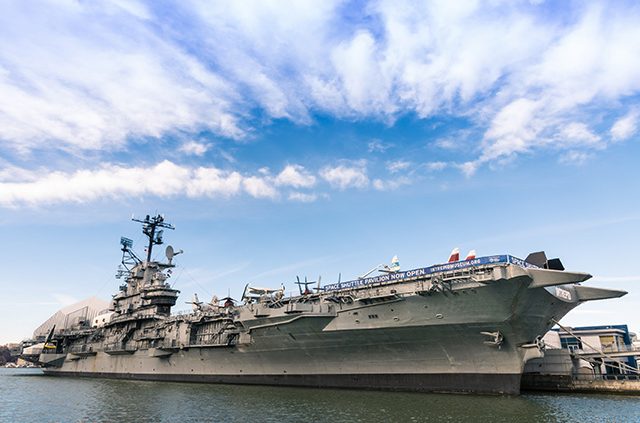 Most people know that New York City is a hotspot for museums, but you can find fascinating and fun museums all across the state. New York is filled to the brim with cultural centers, art museums, science exhibits and more.

Museums are great spots to hit up on a road trip or vacation, bringing some educational value to your trip. But with so many places to visit, how are you supposed to choose? Just check out our list of the best museums in New York!

The Guggenheim Museum in Manhattan is a landmark art museum, showcasing work from the 20th century and beyond. The iconic building housing the museum was designed by none other than Frank Lloyd Wright himself (talk about a commitment to theme). In addition to their vast collections of modern and contemporary art, the Guggenheim also hosts many special exhibitions and events. Check out their calendar for upcoming lectures, screenings, performances and more. It’s not only one of the best museums in New York – it’s one of the best museums in the world. Get $3 off admission with your AAA card.

Another one of the best museums in New York is the American Museum of Natural History. They’ve got everything here – and they should, considering it’s the largest natural history museum in the world at over 2 million square feet. The museum is a catalog of ecological history, animal species, human culture, architecture, geology and astronomy. The dinosaurs are a visitor favorite. It’s a great trip for the whole family.

The Intrepid is more than a museum. This National Historic Landmark is an actual aircraft carrier berthed in the Hudson River at Pier 86. With its life as a working aircraft carrier behind, the Intrepid is now a museum dedicated to the American military and the history of sea, air and space travel. Its sprawling size encompasses aircrafts, space shuttles, submarines and more. Kids and preteens will love the Exploreum, an interactive hall filled with fun and educational exhibits for all ages. The Intrepid is so big that you can easily spend a full day there, and we highly recommend that you do. Save over 25% on tickets.

The Museum of Jewish Heritage – A Living Memorial to the Holocaust is a sobering and necessary meditation on one of the greatest tragedies in modern history. Specifically, it’s about Jewish life “before, during and after the Holocaust.” Some of the most valuable exhibitions in the museum are the recorded testimonies from Holocaust survivors, liberators, protectors and others. The Museum of Jewish Heritage makes sure their voices are heard. Save on tickets.

The New York Hall of Science  makes science, technology, engineering and math fun and accessible. NYSCI was founded at the 1964-65 World’s Fair and it’s been celebrating research and innovation ever since. With over 450 exhibits and events, NYSCI is designed to be fun for the whole family. Check out their exhibits on the science of light, the world’s ecosystems and the search for life beyond Earth. Get the code to save 15% on admission.

At the New York City Fire Museum, you can trace the history of the largest fire department in America – the Fire Department of the City of New York. The FDNY’s roots run deep in New York City history, and the New York City Fire Museum covers it all. Here, you can learn about the history of the FDNY from its inception as a volunteer-organized bucket brigade in New Amsterdam. You can also learn about how to make your own home more fire-safe. The museum includes a reverent, permanent exhibit honoring the firefighters who lost their lives on September 11th and during the Ground Zero recovery effort. Save 20% on tickets. 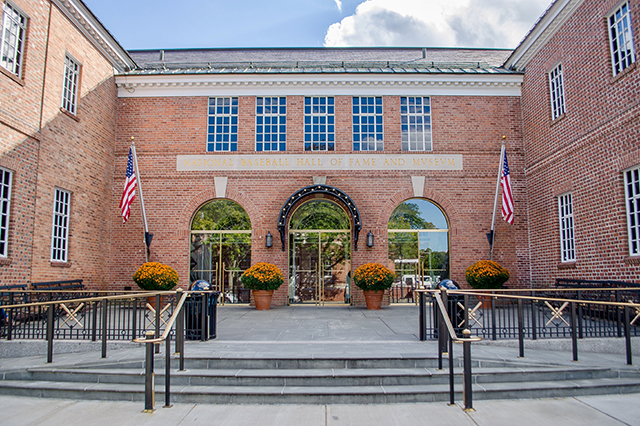 Best Museums in New York Beyond the City

On Museum Row on Long Island sits the Long Island Children’s Museum – a museum just for kids! Through the power of play, kids can explore bubbles, mirrors, simple machines, broadcasting, ecology, geometry and so much more. Let your little ones blow off some steam on the Climb-It interactive sculpture, learn how Long Island was formed or catch a show at the LICM Theater! There’s so much to do. Save on admission.

You know the glass screen on your smart phone? It probably came from Corning. Corning has been the capital of American glassmaking since the 1800s, and it’s not slowing down any time soon. At the Corning Museum of Glass, you can learn all about glass (much more interesting than it sounds). Currently, the Corning Museum of Glass has about 50,000 glass objects – and some of them are thousands of years old. Here, glass is science, history and art. Take part in one of their glassblowing demonstrations, or try your hand in the hot shop yourself. Who knows? Maybe you’ve found your new passion.

No list of the best museums in New York is complete without Cooperstown’s own National Baseball Hall of Fame. It’s so famous that the word “Cooperstown” is basically synonymous with baseball. Whether you’re new to the game or a diehard fan, the National Baseball Hall of Fame is worth the trip. Check out their vast collection of memorabilia, including equipment, uniforms and even pieces of famous ballparks. Some of the exhibits memorializing the history of baseball include a retrospective on All-American Girls Professional Baseball League (which inspired “A League of Their Own”) and an exploration into the history of baseball in the Caribbean. Don’t forget to visit the sprawling exhibit on Babe Ruth.

There are so many great museums in the Empire State! Which one do you think is the best museum in New York? Let us know in the comments below.

Find AAA Discounts on museums and attractions throughout the Northeast.