Things to Do on Fire Island

Need a few ideas for your next weekend or day trip? You'll never be bored with this list of things to do in Fire Island.

3 COMMENTS
Day Trips » Things to Do on Fire Island 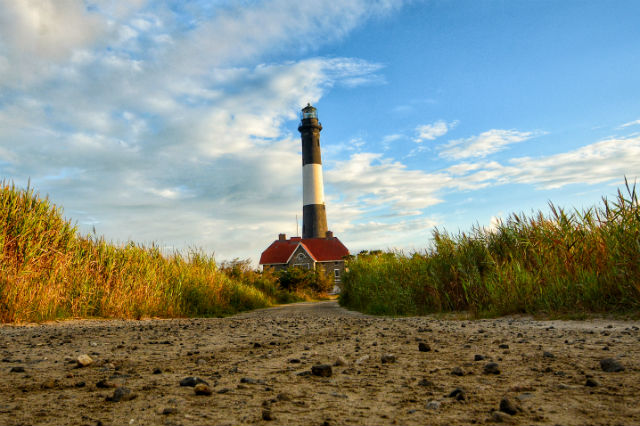 A Fire Island day trip can include soaking up the sun on its beaches, hiking or biking, sailing or surfing, clamming, visiting an iconic lighthouse or spending the afternoon in the park.

Located parallel to Long Island’s south shore, Fire Island is a pair of islands – split up by Superstorm Sandy in 2012 – that were devastated in the late 1930s by a hurricane and rebuilt into one of the Empire State’s most popular vacation spots in the years since.

As far back as the 1920s, the Manhattan theater community frequented the island and, to this day, it’s not unusual to spot some well-known faces there. But while the island is famous for its occasionally raucous parties and nightlife scene, it’s also a great spot for vacationing with friends or family.

Here’s a list of great activities and things to do in Fire Island.

There are a number of great beaches from which to choose for a Fire Island day trip. One of the top destinations for visitors is Ocean Beach, which has the largest concentrations of homes, bars and restaurants. If you’re bringing the family and, especially, young ones to Fire Island, drop by Saltaire, a quiet community that offers a variety of activities, including basketball, tennis and a boardwalk promenade.

Fair Harbor is a popular locale for urbanites visiting from New York City. It includes a relaxed downtown district with restaurants (don’t miss Jean-Georges Vongerichten’s Le Dock for the view) funky shops and an upscale food market (complete the day with an ice cream cone from Unfriendly’s). Fire Island Pines is known for its boutiques and markets. And if nightlife is your reason for visiting, you can’t go wrong with Kismet, a popular location for nightclubs and house parties, with a marina that’s great for boating.

Another top spot for things to do in Fire Island is Davis Park, which has a marina, restaurants and bars. If  you intend your vacation to be a relaxing one, there’s likely no better locale than the appropriately named Lonelyville, which is known for being one of the island’s quietest beaches.

If you’re looking to get away from the beach for a while, either for relaxation or exercise, there are several great parks and hiking spots on Fire Island. Robert Moses State Park has 5 miles of beach that can be used for swimming, surfing and fishing. The 875-acre park, which is the island’s largest, has an 18-hole golf course as well as volleyball courts, picnic areas, a playground, concessions and park grills.

The Sunken Forest is an ancient holly forest located just east of Point O’Woods. In 1966, the property was donated to the Fire Island National Seashore under the provision that it would always be maintained in its natural state and operated as a sanctuary. Some of the forest’s plants are considered rare.

Smith Point County Park is a popular spot for sportsmen, swimmers and surfers alike. The park has white sands, camping facilities, saltwater fishing, concession stands, a playground and special events during the summer. Smith Point is also where you can find the TWA Flight 800 International Memorial, which commemorates the 230 people killed when a Boeing 747 crashed on the site in 1996.

More Things To Do in Fire Island

During your trip to the island you should check out the Fire Island Lighthouse, which was built in 1858 and for years acted as a landmark for transatlantic ships coming into New York Harbor. For some European immigrants, it was their first sight of land upon arriving in the U.S. During a visit to the lighthouse, you can check out the keeper’s quarters and exhibit center, climb the tower’s 182 steps, take in gorgeous views of the ocean and view the Fresnel lens used in the tower between 1858 and 1933.

A great spot for hiking and spotting animals is the Otis Pike Wilderness Area, which includes pine forests, wetlands and dunes, where visitors might see herons, white-tailed deer and waterfowl.

What are your favorite things to do in Fire Island? Let us know of any other great activities or must-see spots in the comments.

3 Thoughts on “Things to Do on Fire Island”