Upcoming Pride Parades and Events in the Northeast

If you're looking to celebrate Pride Month, check out these upcoming pride parades and events near you! 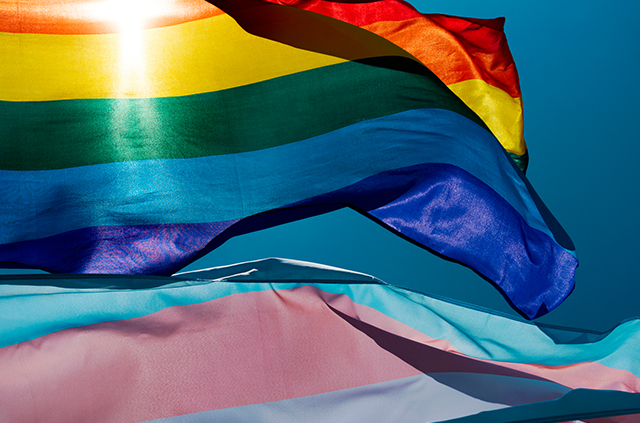 June is Pride Month, a time for celebrating LGBTQ+ community and history. It’s also a time for throwing a parade. If you’re looking to celebrate Pride Month, there’s no better way to do it than at a local Pride parade. Check out these upcoming Pride parades and events near you!

When you’re celebrating pride in the city where it all began, there’s never a shortage of things to see and do. The NYC Pride March is an annual march that commemorates the 1969 Stonewall Riots, which are widely considered to be the beginning of the modern movement for LGBTQ rights. With millions of participants and attendees snaking through lower Manhattan, it’s consistently one of the largest pride events in the world.

On the very same day, you can attend the NYC PrideFest in Greenwich Village. PrideFest is an annual street fair featuring exhibitors, local artists, live entertainment, food and activities to celebrate Pride Month. Whether you’re taking a break from the march or planning on spending the whole day there, PrideFest is a great way to celebrate pride.

After two years, Rhode Island PrideFest is back. At Rhode Island PrideFest, you can enjoy live performances, vendors, nonprofits, food and drink. Just don’t get too tuckered out to enjoy the nighttime festivities! The Illuminated Night Parade takes place in Downtown Providence after dark, when the streets are suddenly filled with illuminated floats, marching groups decked out in lights and glow sticks, performers, bright lights and spectators. This massive celebration is not to be missed.

No Northeast Pride list is complete without P-town! There are Pride events throughout Provincetown, Mass., all weekend long, but some of the highlights include a queer comedy showcase, dance parties, a drag brunch, an LGBTQ+ history tour hosted by Anne Hutchinson herself and the Provincetown Follies, billed as “The Gayest Show in Town.”

They’re also hosting the city’s first Annual Pride Parade on the same day! The parade is set to begin at 10 a.m. on South Commercial Street, snake past Arms Park and conclude at Canal Street.

Long Island Pride is back and at a new location – the Village of Farmingdale! Participants can enjoy a pride parade on Main Street, as well as a concert and a sprawling festival featuring artists, vendors, food and music!

Are you ready to put the pedal to the metal? The main event of Newport Pride is the Pride Ride on June 25, a pride parade where all participants are on bicycles. Decorate your bike (and biking gear) in all the colors of the rainbow and join the 4-mile bike parade around Newport, R.I., ending in the Pride Market and Festival at the Great Friends Meeting House. The Pride Market and Festival features live entertainment, local retailers and vendors, food, music and fun activities for the whole family.

There is no large-scale Boston pride parade in 2022, but there are still smaller events to be found throughout the city. The JP Block Party on June 12 is billed as an all-ages pride party with live entertainment, food, drink and more. On the same day, there’s also the Back Bay / Stuart St Block Party to celebrate Boston pride with DJs, dancing and even a beer garden. The third annual Trans Resistance March and Festival is on June 25, marching from Nubian Square in Roxbury to Franklin Park Playstead with a celebration to follow.

Are you looking forward to attending a pride parade or event this year? Did we miss any of your favorites? Let us know in the comments below!

9 Thoughts on “Upcoming Pride Parades and Events in the Northeast”