10 Places in the Northeast That Will Haunt You 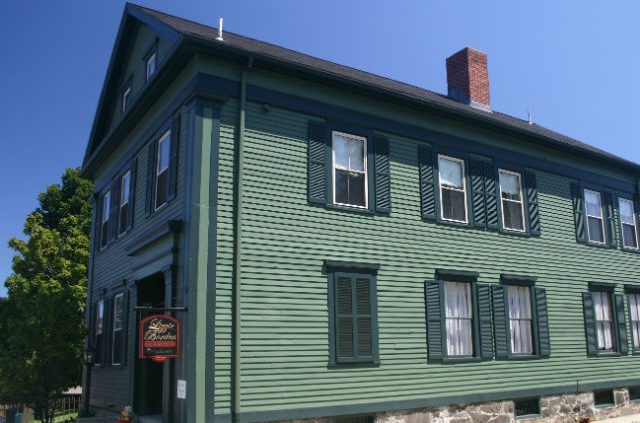 Once a year it’s cool to love ghouls, so plan an October road trip to check out some of the spookiest spots in the Northeast and Mid-Atlantic states. Here are 10 creepy places that guarantee a haunting experience.

Talk about a creepy place. You may not feel the 40 whacks that Lizzie Borden allegedly gave her parents here (she was tried and acquitted, and the murders remain unsolved), but book a room at this museum/bed-and-breakfast and you’ll certainly feel spooked. A tour offering bloodcurdling details of the 1892 ax rampage is given to every guest – getting more than a wink of sleep, however, isn’t guaranteed. Too timid to turn in? You can take a daytime tour.

Stephen King fans will recognize this spooky place as the film location for the movie adaptation of his seriously scary “Pet Sematary,” and Bangor as the fright writer’s place of residence. Take a self-guided daytime tour of America’s second-oldest garden cemetery, then a nighttime Ghostly Bangor Walking Tour, led by the Bangor Historical Society, to hear how some of the city’s residents ended up six feet under.

Yes, it’s a museum, but this scholarly yet icky homage to medical oddities is also pretty darn creepy. It’s run by the College of Physicians of Philadelphia and its collection of 139 human skulls, plaster death casts of conjoined Thai twins Chang and Eng Bunker, a lady whose dead body turned to soap, slices of Albert Einstein’s brain and other bizarre keepsakes will make you go “Ewww!”

Are you crazy enough to spend the night in a 19th-century psychiatric hospital that once housed 2,400 patients – and an unknown number who are said to haunt its rooms and hallways? If so, book the October Ghost Hunt tour and get ready to search its eerie Gothic confines from 11:30 p.m. to 6 a.m. Just remember: This place has the words lunatic and asylum in its name. 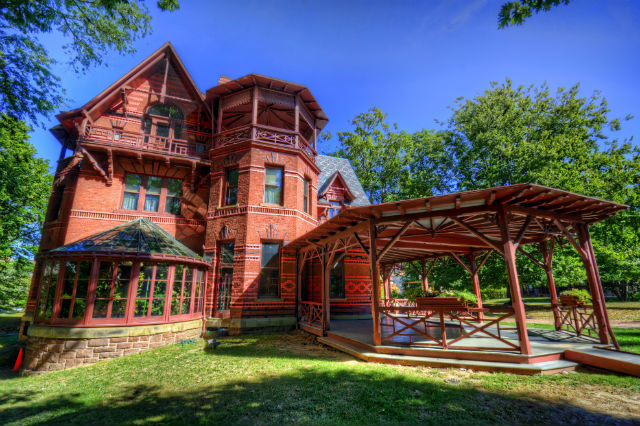 If you prefer some humor with your horror, book a Graveyard Ghost Shift Tour of the elaborate, 25-room, circa-1873 home where one of America’s most gifted writers – and a big believer in the supernatural – lived and wrote until financial hardship and tragic loss (his daughter Susy died here in 1896) forced its sale. Available in October, the tour visits all areas of the house and traces Samuel Clemens’ (Twain’s real name) haunting interest in seances and spiritualism.

Fancy yourself an amateur ghost hunter? If so, join Diamond State Ghost Investigators and Fort Delaware State Park staff on a three-hour Paranormal Adventure at this abandoned fort located on an island and dating to before the Civil War. Available on Friday and Saturday nights throughout October, the tour uses actual electromagnetic field recorders, data recorders and temperature sensors in an effort to capture the footsteps and apparitions of one-time prisoners.

Some Halloween-themed tours are more captivating than creepy, but cemeteries after dark? They’re certifiably spooky. It’s all about Murder and Mayhem on two-hour lantern tours (every Friday and Saturday night in October and through Thanksgiving weekend) of this burial ground made famous by the Washington Irving character Ichabod Crane. You’ll learn truly terrifying tales of nefarious plots by Sleepy Hollow residents who are now pushing up daisies. Learn about more spooky spots in Westchester, New York.

Brave souls who are looking to be spooked can experience Terror Behind the Walls, six haunting attractions inside the crumbling cell blocks of this fortress-like penitentiary that once housed legendary criminals like mobster Al Capone. It’s visited by more than 60 paranormal investigators annually, but the Halloween mayhem (late September to early November) uses actors and special effects in attractions with names like Blood Yard, Lock Down and Infirmary to make you scream.

Led by Vermont native and paranormal author Thea Lewis, the Darkness Falls Tour of downtown Burlington is one creepy history lesson about the city’s most notorious ghostly residents, err, spirits. Or if you prefer graveyards, opt for her after-dark Lakeview Cemetery Tour (in September and October only) to hear about the infamous locals buried there.

Newport is so civilized, right? Not in the darkened tunnels filled with actors paid to jump out at you or in the creepy maze that requires 3D glasses to escape at the Fortress of Nightmares, an annual fright fest located in tunnels beneath historic Fort Adams. It’s held the last three weekends of October and there’s a new virtual reality component this year. Prepare to be scared.

For year-round haunts, check out the New York State Haunted History Trail, where creepy is always in season.