5 Historic Road Trips in the Northeast

From the Liberty Bell to Plymouth Rock, these five historic road trips in the Northeast are well worth the drive. 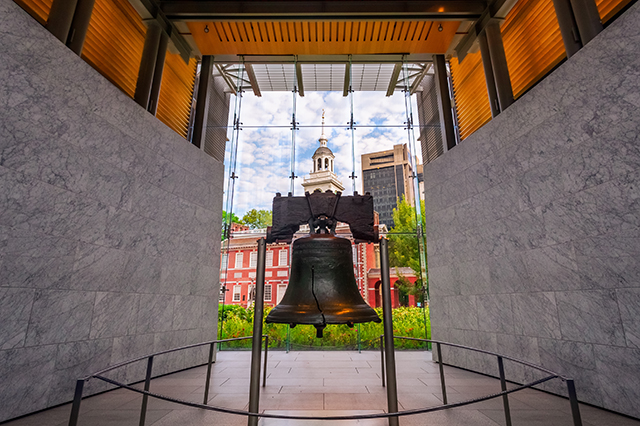 Of all the alluring qualities of the Northeast, the historical significance of locations throughout the region may be its most impressive. Whether it’s sites where our country was founded or homes of some of America’s greatest minds, no other place in the country rivals the Northeast in quantity and quality of historical destinations. Here are a few historic road trips in the Northeast well worth the drive.

No city in the country rivals Philadelphia when it comes to national historical significance. It was the original capital of the United States and where the Constitution and Declaration of Independence were signed.

That history is on full display throughout the country’s sixth-largest city. Must-see landmarks include Independence Hall, where both of the aforementioned signings took place, and the Liberty Bell. Both sites are free to visit.

To get the most out of this historic road trip, follow the Official Trail of Philadelphia’s Historic District. Aside from Independence Hall and the Liberty Bell Center, this tour takes you past 21 other sites including the Betsy Ross House, the Declaration House, where Thomas Jefferson wrote the Declaration of Independence and Elfreth’s Alley, America’s oldest continuously inhabited street.

Just 30 minutes outside the city sits Valley Forge National Historical Park. The 3,500 acres of monuments, meadows and woodlands commemorate the sacrifices of the Continental Army. Valley Forge was the site of the army’s 1777-78 winter encampment during the Revolutionary War.

About 2.5 hours west of Philadelphia is the Gettysburg National Military Park. The Battle of Gettysburg, fought in July 1863, is widely considered one of the most important events in the Civil War. The Northern victory turned the war in the Union’s favor for good. The Civil War’s bloodiest battle served as the inspiration for President Abraham Lincoln’s immortal Gettysburg Address.

The site is now a National Military Park operated by the National Park Service. Every weekend from April to October, the park puts on living history demonstrations. Visitors can explore the camps, talk with historians and watch experts demonstrate the tools, tactics and firepower of the two armies.

Enclosed within the park is also the George Rosensteel Collection, one of the largest collections of Civil War relics in the United States, and the Eisenhower National Historic Site. Consisting of a house and farm adjacent to the battlefield, this residence served as a weekend retreat for President Eisenhower and a meeting place for world leaders.

Destinations important to our country’s formation don’t need to be the center of a historic road trip. History encompasses all aspects of humanity – including the arts. That’s why a drive to Hartford, Conn., should be on your list.

Connecticut’s state capital has a storied history of cultivating literary talents. Maybe the two most notable examples are Mark Twain and Harriet Beecher Stowe. The pair lived right next door to each other in the late 1800s. Today, those homes serve as museums to two of the country’s greatest scribes.

Mark Twain and his family relocated to Connecticut in 1871. Three years later, they moved into their newly constructed house, where they would live until 1891. Twain wrote many of his most famous books during this time, including “The Adventures of Tom Sawyer,” “Adventures of Huckleberry Finn” and “A Connecticut Yankee in King Arthur’s Court.” The house is available to see through guided tours and also hosts a variety of programs and events.

Harriet Beecher Stowe, the author of “Uncle Tom’s Cabin,” lived in a Victorian Gothic cottage in Hartford for the last 23 years of her life. In 1924, Stowe’s grand-niece Katharine Seymour Day purchased the house and spent years collecting manuscripts and objects connected to her famous relative. In 1968, the Harriet Beecher Stowe House opened to the public as a museum. It includes galleries and interactive spaces, and houses thousands of books, pamphlets, manuscripts and images related to Stowe.

The best way to see all of the historic sites in Boston is to follow the Freedom Trail. This 2.5-mile route winds its way past 16 nationally significant historic sites. These include museums, churches, meeting houses, burying grounds, parks, a ship and historic markers. Notable destinations on the Freedom Trail include Paul Revere’s house, the site of the Boston Massacre, and Old North Church, where, leading up to the American Revolution, two lanterns were lit as a signal from Paul Revere that the British were marching to Lexington and Concord. It’s a historic New England road trip you won’t forget!

Speaking of the 17th century, about one hour outside of Boston is the town of Plymouth. Not only can visitors see the Plymouth Rock and various other historic landmarks, they can also visit Plimoth Plantation. This living history museum tells the stories of 17th-century English settlers and members of the Wampanoag tribe.

Scranton may not come to mind when thinking about historic American locations. But the northeastern Pennsylvania city played a critical role in the industrial history of the country.

In the mid-1800s, brothers George and Seldon Scranton combined several smaller railroads to form the Delaware, Lackawanna and Western Railroad. This turned Scranton into an early transportation hub. This locomotive history is immortalized at the Steamtown National Historic Site, a museum dedicated to Scranton’s pioneering railroad past.

Scranton also has a storied history in other trades that helped industrialize America. The Anthracite Heritage Museum commemorates the region’s history of coal mining, its related industries and the immigrant culture of northeastern Pennsylvania. Visitors also have the opportunity to tour a coal mine that originally opened in 1860. You’ll take a mine car down 300 feet to explore the winding underground tunnels and learn all about the methods used in deep mining’s history.

What are your favorite historic road trip destinations in the Northeast and beyond? Tell us in the comments below!

One Thought on “5 Historic Road Trips in the Northeast”