The Top Roadside Attractions in the Northeast

Pull over and check out these weird and wacky attractions.

6 COMMENTS
Road Trips » The Top Roadside Attractions in the Northeast 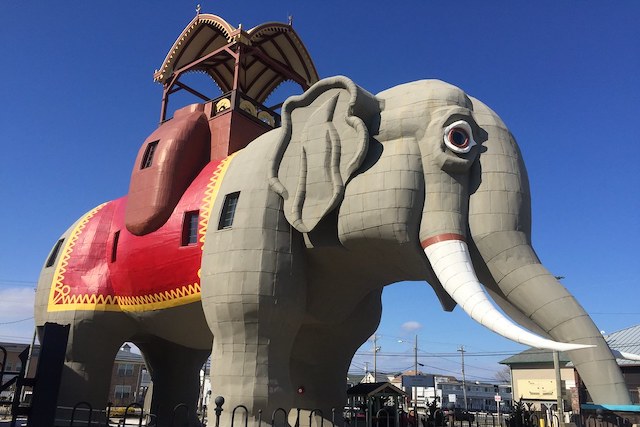 Between big cities, national parks, historical sites, scenic locations and entertainment spots, the Northeast has an overabundance of worthy road trip destinations. But keep your eyes peeled along the way, because there are also plenty of noteworthy sights to be found alongside the region’s highways and byways.

If you happen to be driving through the eastern Long Island town of Flanders, it will be hard to miss the giant duck on the side of the road. The Big Duck, as it’s known, is a 20-foot-tall, 30-foot-long building in the shape of a Pekin duck. It was the brainchild of duck farmer Martin Maurer, who commissioned the structure back in 1931 as a marketing ploy for his business. The building served both as a store to sell ducks and duck eggs, as well as a promotional tool highlighting the region’s growing duck farm industry. According to the Southampton Press, Long Island was once home to approximately 90 duck farms.

Although nearly a century has passed, the Big Duck remains one of Long Island’s premier tourist attractions. It’s even listed on the National Register of Historic Places. While you can’t purchase eggs there anymore, visitors can pick up duck-themed memorabilia, learn about Long Island duck farming history, and get travel and tourism information.

The Big Duck isn’t the region’s only giant animal structure built as a marketing ploy. Just outside Atlantic City you’ll find Lucy the Elephant. This six-story structure was originally constructed by real estate developer James Lafferty in 1891 to help draw potential customers to his land. Not long after, a hotel was built around Lucy, drawing guests from near and far.

Lucy, however, fell abandoned in the 1960s and there were plans to demolish the structure. Fortunately, a group of local residents raised enough money to save and restore the building. In 1976, Lucy the Elephant was designated a National Historic Landmark. According to the Casino Reinvestment Development Authority, Lucy is both America’s oldest example of zoomorphic architecture and oldest roadside attraction.

Lucy the Elephant is still open for business. Guests can visit, tour and even spend the night.

Save up to 20% on the base rate of your next car rental.

On the outskirts of Boston, in a town called Lincoln, you’ll find one of the most peculiar roadside attractions in the country. There, in an open pasture on Old Sudbury Road, sits Ponyhenge, an artfully arranged collection of plastic and metal toy horses.

Ponyhenge’s origins can be traced back to 2010, when a single hobby horse was placed in the open field. No one is quite sure how and why it got there. Nevertheless, more and more rocking horses, toy horses and horse figurines kept showing up, much to the delight of the people who own the land. “There was something lovely about it being anonymous, and now every time we go away, another one appears,” the owner told the Boston Globe.

The horses are periodically rearranged, so you never know how they’ll look when you visit.

Take a giant step back in time and mingle with some prehistoric creatures at Uncasville’s Wells Dinosaur Haven. In the backyard of artist Jeff “Fish” Wells’ home, you’ll find a collection of giant dinosaur statues roaming the grounds. Wells has been working on this project for 40 years and continues to add to it today.

Although Dinosaur Haven in situated on Wells’ private property, the artist is happy to share his work with the public. Visitors are always welcome to come explore the grounds free of charge.

Apparently, the Northeast has a fondness for giant animal structures. Joining the Big Duck and Lucy the Elephant as popular roadside attractions is Rhode Island’s Big Blue Bug. Sitting atop the building along I-95 that houses Big Blue Bug Solutions is a 58-foot-long, 9-foot-tall, 4,000-pound giant bug statue. According to the company, it is an exact replica of an Eastern Subterranean Termite. (We’ll take their word for it.)

Originally constructed in 1980, the bug has made quite a name for itself, appearing in the movie “Dumb and Dumber” as well as television shows like “The Daily Show” and “The Oprah Winfrey Show.” In 1990, a naming contest was held. The winning submission was Nibbles Woodaway. Get it? Because termites eat wood. Anyway, at least you can now be on a first name basis as you pass the bug on the I-95.

Need a ride to get to these Northeast attractions? AAA members can save up to 20% on Hertz rentals.

What are your favorite roadside attractions in the Northeast? Tell us in the comments.

6 Thoughts on “The Top Roadside Attractions in the Northeast” 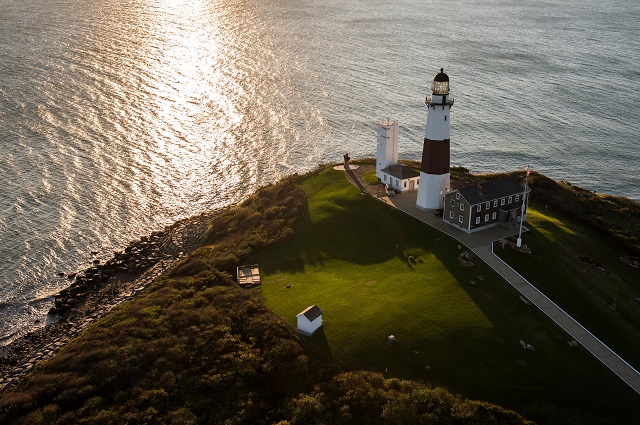