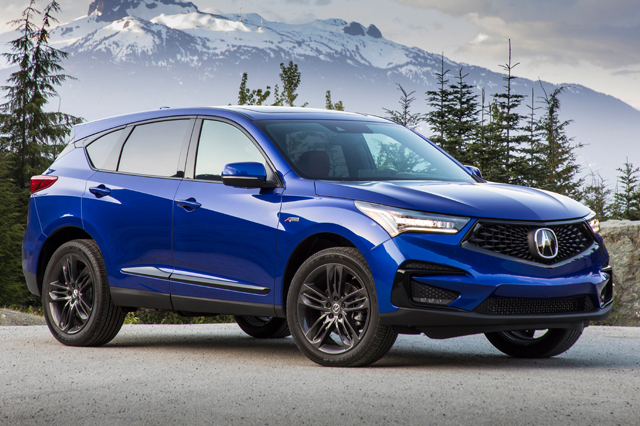 For a while, it seemed like makeover shows – where everything from houses to people are given a completely updated look – had taken over our televisions. Well, now the Acura RDX has gotten the same treatment.

The big difference here is that this makeover involves more than some new paint or sheet metal. That’s because the automaker’s engineers and designers have gone and remade this upscale compact crossover from the ground up, with no parts shared with the outgoing model. Perhaps the most noteworthy change is under the hood, with the previous V-6 engine being replaced by a turbocharged four-cylinder that puts out an impressive 272 horsepower by way of a smooth new 10-speed automatic transmission.

Then there’s all the new technology. The transmission’s shift lever has disappeared from the cabin’s center console, for example, replaced by a series of push buttons. The real tech story here, though, is the clever new infotainment interface that allows you to select items on a huge 10.2-inch center display simply by poking the right spot on a small touchpad located near your right hand. It has a bit of a learning curve but works well once you get used to it.

If goldilocks was in the market for a vehicle that was big on style, safety and technology – and just right in size – she could do worse than the Volvo XC60 Hybrid.

Among this compact crossover’s strongest points are its dimensions. Where the Swedish automaker’s other two crossovers can feel either too big or too small, the XC60 fills that gap nicely, whether you’re taking business colleagues to lunch or antiquing on a Sunday afternoon.

Under the hood, the XC60 features a 2.0-liter engine that’s both supercharged, which enhances acceleration from a stop, and turbocharged, which adds power as speed begins to build. As if that’s not enough, my T8 test car was a plug-in hybrid, with a battery pack and electric motor that gave it some extra oomph and roughly 18 miles of non-polluting, all-electric range.

Top-quality materials, including supple leather and handsome wood trim, line the cabin. The vertical touchscreen display that runs down the center of the dash has received criticism for its sometimes-vexing user interface, but there’s no denying the technology’s wow factor. And nearly a half-dozen advanced safety features are standard.