Brunch is a versatile meal that satisfies many a palate. So why not celebrate Mother’s Day with a AAA Diamond Rated dish? 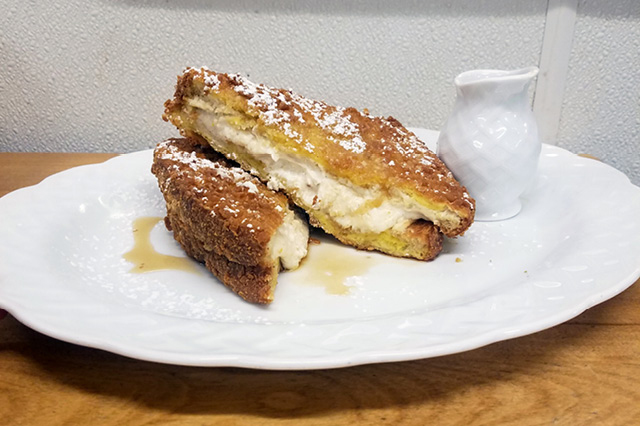 Brunch is a versatile meal that satisfies many a palate. So why not celebrate Mother’s Day with a AAA Diamond Rated dish? There’s plenty for Mom to enjoy, whether she craves savory foods or has more of a sweet tooth. We reached out to AAA Diamond Rated establishments for brunch ideas that cater to different tastes.

Cannoli French toast from the AAA Four Diamond Rated Weekapaug Inn in Westerly, R.I., is the perfect combination of breakfast and dessert. Picture this: a cinnamon and ricotta mixture sandwiched between fluffy French toast, covered in crumbled cannoli shells and sprinkled with powdered sugar. Top it off with maple syrup and whipped cream, and you’ve got a dessert lover’s dream.
Book the Weekapaug Inn.

Place flour in a bowl. Crush cannoli shells with a rolling pin or food processor, then set aside in another bowl. In a third bowl, combine ½ teaspoon of vanilla, ½ teaspoon of cinnamon and equal parts heavy cream and eggs to make 1 cup of egg mixture.

Take a spoonful of the filling and smear it between two slices of white bread to make a sandwich. Dredge the sandwich in flour, then in the egg mixture and then in the crushed cannoli shells.

In a hot pan, canola oil and wait for it to heat up. Place the breaded sandwich into the oil. After four or five minutes, flip it over to the other side. Remove the sandwich from the pan and place on a paper towel to soak up any excess grease.

Sprinkle powdered sugar over the cannoli French toast and serve with maple syrup and whipped cream.

What breakfast or brunch is complete without bacon? Give new life to a brunch classic with a recipe from chef Cliff Crooks, of the AAA Four Diamond Rated BLT Steak in New York City. Dressed with garlic, parsley, shallots, olive oil, sea salt and black pepper, then drizzled with sherry vinegar, this bacon is far from boring.

Grill applewood-smoked bacon on both sides until it’s cooked through and crisped to your liking. Plate the bacon and top with 2 tablespoons of the dressing, and then drizzle with sherry vinegar.

Don’t forget about the lunch in brunch. Try the nicoise salad from La Panetiere, a AAA Four Diamond Rated restaurant in Rye, N.Y. This salad is a far cry from traditional tossed salad, with potatoes, anchovies, tuna and hard-boiled eggs rounding out the regular mix of lettuce and tomatoes. And, don’t worry – if you or Mom are anti-anchovy, you can easily leave it out.

How are you celebrating Mother’s Day this year? Is a brunch involved in the festivities? Tell us in the comments below!

Check out our Food for All department for more tempting recipes. 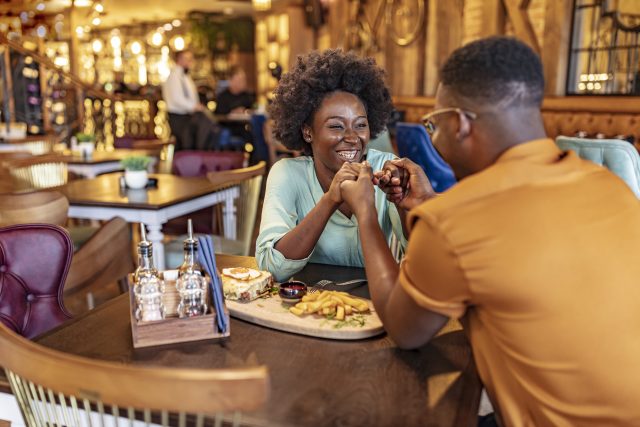