The Magic of Manhattan’s Many Neighborhoods

Explore New York City like a local on an epic five-day vacation.

0 COMMENTS
Day Trips » The Magic of Manhattan’s Many Neighborhoods 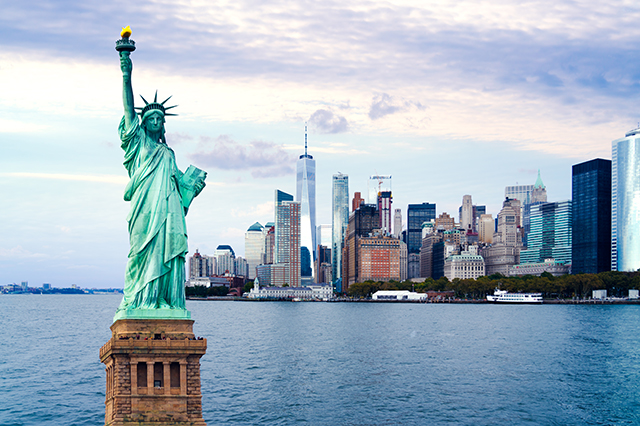 Pack your bags and get ready for the Big Apple! On the AAA Member Choice Vacations Spotlight on New York City tour you’ll explore some of the most iconic city sights and neighborhoods that Gotham is known for, from the Statue of Liberty and the Empire State Building to Greenwich Village and Central Park. Don’t worry, you’ll still have plenty of free time to check anything off your must-see and do list, whether it’s shopping and snagging a famous “I Love NY” T-shirt or eating an iconic pastrami sandwich. Check out all of the fascinating activities and highlights this trip has to offer.

Days One and Two

After checking into your hotel – located in Midtown near Times Square, the home of Broadway and the biggest New Year’s Eve celebration in the world – try to get a good night’s rest. You have a big day ahead!

On day two, you will take a local-guided tour of the city’s many momentous landmarks and neighborhoods. Wear comfortable walking shoes because the tour hits a lot of hot spots for a full day of exploring. Greenwich Village is a favorite stop on the tour, packed with historic buildings, off-Broadway theaters, comedy clubs and New York University’s campus. Washington Square Park is at the heart of the Village, where you will see beautiful well-kept greenery, the iconic Washington Square Arch, a dog park and plenty of benches for some of the best people-watching in the city.

Take in the colorful streets of Chinatown while enjoying souvenir shops, dim sum restaurants and Chinese markets. Then, head just south to the Wall Street district, home to skyscrapers galore, the South Street Seaport and the 9/11 Memorial and Museum.

Next, discover Central Park. Located between the Upper West Side and Upper East Side, the park’s 843 acres are scattered with art and statues. Some attractions include the Central Park Carousel, Jacqueline Kennedy Onassis Reservoir, Wollman Rink and Delacorte Theater, which houses Shakespeare in the Park in the summertime. After this exciting fun-filled day you can chose your dinner location from a list of the city’s popular dining options near Times Square. Because guest what’s next? The trip’s first Broadway show!

See the Big Apple sparkle with holiday cheer! America’s most exciting city is absolutely dazzling at Christmastime. The romance of a large metropolis mixes perfectly with the spirit of the holidays to create wonderful shopping in festively decorated shops, iconic must-see attractions and world-class entertainment experiences that are absolutely bursting with good cheer on this single hotel stay, culturally immersive tour.

Start with an epic breakfast at Ellen’s Stardust Diner, a 50s-themed eatery with singing servers and a menu of classic American diner food like the New Yorker omelet with smoked salmon and onions. Enjoy performances from Frank Sinatra’s “New York, New York” to legendary Broadway tracks. Post-breakfast, hop on a ferry for a relaxing voyage around New York Harbor, taking in impressive views of New York City and beyond. Stop at the Statue of Liberty, where you’ll get up-close to one of the most-visited sights of the Big Apple.

The rest of the day you are free to explore Gotham at leisure. The tour manager can suggest areas to visit depending on your interests and help you navigate your way there by taxi or subway. Maybe you’ll want to head back up to Central Park to rent a canoe and have a picnic on one of the lawns. You can also shop until you drop on Fifth Avenue, discovering famous stores like Saks Fifth Avenue, Bergdorf Goodman and Tiffany & Co. Or walk above the city on The High Line (a raised walkway and park designed along old railroad tracks) and make a stop at Chelsea Market for a snack and more shopping. You can’t leave New York City without having a slice of pizza – Artichoke Basille’s Pizza is just one block away from Chelsea Market, serving up big, delicious New York slices. After your leisure time, there is a voluntary walking tour of Greenwich Village that includes a tasty local dinner.

The morning time is open to discover the city at your own pace. If you’re tired and need a bit of respite, book a massage at Haven Spa, just north of Houston Street, or a relaxing sauna session at Clean Market in Midtown. This would also be the perfect time to visit one of New York City’s remarkable museums, like the American Museum of Natural History, Museum of Modern Art, the Guggenheim (get $3 off admission with your AAA card!) and The Metropolitan Museum of Art. After your morning, it’s time for the second Broadway show of the trip, where you’ll have your pick of some of the biggest musicals. After the performance, enjoy dinner at a local eatery near your hotel. The next morning you’ll bid farewell to the city that never sleeps and hopefully catch up on your own sleep!

This bustling metropolis comes alive even more during the holidays, with sparkling decorations and a feeling of holiday cheer that radiates from the streets for tourists and locals alike. Based on the main New York City tour above, it also features special holiday-themed highlights, including the amazing “Christmas Spectacular Starring the Radio City Rockettes.” The magic continues with a visit to the ornate holiday window displays on Fifth Avenue. And it just wouldn’t be the holidays in New York City without a stop to snap photos in front of the gigantic Rockefeller Center Christmas tree; grab some hot chocolate and watch the ice skaters twirl below! You’ll also have plenty of free time for holiday shopping or whatever you fancy. There are holiday markets throughout the Big Apple to help you with your holiday shopping list. 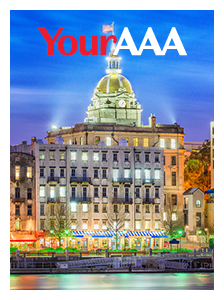