Kicking It Low-Key in Canada

Canada is celebrating its 150th birthday throughout 2017 with special celebrations and events, so there’s never been a better time to head north of the border. While perennial favorites Toronto, Montreal and Quebec City are definitely worth visiting, here are a few lesser-known Canadian destinations to discover. Niagara-on-the-Lake This charming Victorian town in Ontario is... 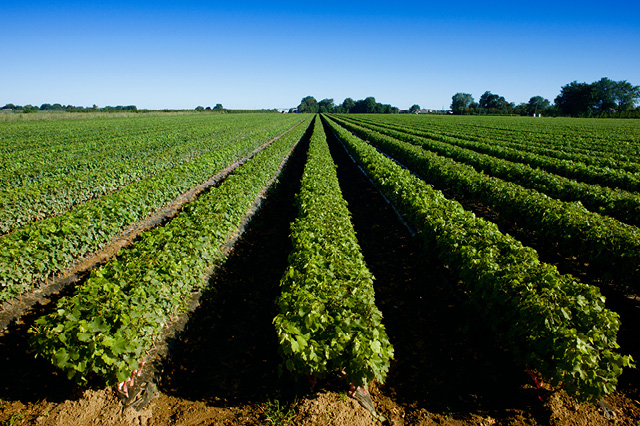 Canada is celebrating its 150th birthday throughout 2017 with special celebrations and events, so there’s never been a better time to head north of the border.

While perennial favorites Toronto, Montreal and Quebec City are definitely worth visiting, here are a few lesser-known Canadian destinations to discover.

This charming Victorian town in Ontario is less than an hour drive from Buffalo, N.Y. – making it perfect for a short getaway. Get your bearings on Queen Street, lined with 19th century redbrick buildings that house cafes and shops, as well as a few tasting rooms: Niagara-on-the-Lake is known for its many vineyards and wineries (there’s an annual ice wine festival in January).

There are plenty of places to dine, including Escabeche (grilled lamb loin, maple-cured pork belly, etc.) at the Prince of Wales Hotel, and Treadwell Cuisine, a stylish wine bar with a seasonal menu inside 124 on Queen, a contemporary hotel featuring a spa and fitness center. Both restaurants are AAA Four Diamond Rated.

Top wineries in the area include Peller Estates Winery, with a large tasting room and a well-stocked shop; Two Sisters Vineyards, featuring rieslings and merlots in its tasting room (there’s also the popular Kitchen76 on the premises); and Ravine Vineyard, a family-owned organic winery.

Tip: You’re just a 20-minute drive from Niagara Falls, so definitely save time for a daytrip. No matter how many times you’ve seen this magnificent natural wonder, it never ceases to amaze (and the falls are dramatically illuminated at night).

FIND & BOOK A HOTEL IN NIAGARA-ON-THE-LAKE

One of Canada’s Atlantic provinces, Nova Scotia is a peninsula connected to New Brunswick. In Halifax, the compact capital, head to the waterfront area to sign up for a whale watching cruise or sail aboard a historic tall ship, then check out Titanic artifacts at the Maritime Museum of the Atlantic. In warm weather, have a lobster roll in one of the rustic food stalls.

The South Shore, just southwest of Halifax, is a laid-back coastal region with small fishing villages and lighthouses (Peggy’s Cove Lighthouse is one of Canada’s most photographed attractions). The jewel of the coast is the village of Lunenburg, known for its boat-lined harbor and seafood restaurants.

In nearby Shelburne, be sure to visit the Shelburne County Museum, where you can browse among old maps, period costumes and other memorabilia. You can learn about the craft of dory building at The Dory Shop and even take a ride around the harbor in one of these traditional wooden fishing boats.

Tip: The fast CAT car ferry sails from Portland, Maine, to the town of Yarmouth, on the southwestern edge of the island. The crossing takes 5½ hours and onboard amenities include a cafeteria, cafe and a children’s play area.

Read all about a AAA member’s experience in Nova Scotia at AAA.com/NSExperience.

Bordering Maine on its western edge, this Atlantic province is home to the famous Bay of Fundy, which has the highest tides on earth (they can reach up to 56 feet!). One of the best places to explore the bay is in the coastal town of St. Andrews by-the-Sea, founded in 1783 by Loyalists from Maine. Sign up for a whale watching cruise aboard a Zodiac boat or take a half-day kayaking tour.

You can also visit Covenhoven, the former summer estate of Illinois-born Sir William Van Horne, the creator of the Canadian Pacific Railway. The 50-room mansion is located on Ministers Island, a large tidal island. Back in St. Andrews, stay at the AAA Four Diamond Rated Algonquin, a grand Tudor-style resort.

It’s an hour drive to the province’s largest city, Saint John, where you can learn about its rich maritime history at the New Brunswick Museum, then grab lunch (try the fish and chips) at the historic Saint John City Market. Nearby, you can bike the Fundy Trail Parkway, featuring cliffs, waterfalls and beaches.

Tip: St. Andrews has casual seafood spots (perfect for a lobster roll), but it also has two fine dining restaurants within upscale inns (the Kingsbrae Arms and the Rossmount Inn), both of which incorporate local ingredients in its dishes.