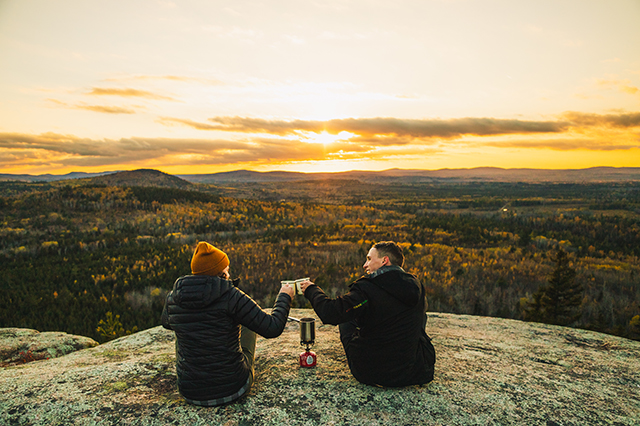 Neighboring the state of Maine on the Canadian side of our northern border, the maritime province of New Brunswick offers experiences you will find nowhere else.

For starters, it’s the only officially bilingual Canadian province – offering visitors a unique cultural journey – and its Bay of Fundy is home to the world’s highest tides, which sweep 160 billion (yes, with a “b”) tons of water in and away from its shores twice per day.

It takes plenty of time to see it all, but you shouldn’t underestimate how much you can accomplish on a 250-mile fall road trip from one side of New Brunswick to the other along its famed southern coast.

As a plus, with fall colors in full bloom, you don’t need summer temperatures to make your Bay of Fundy road trip through New Brunswick’s historic cities and geological wonders worthwhile.

One of New Brunswick’s top summer vacation destinations, Saint Andrews (also called St. Andrews by-the-Sea) is the perfect starting point for a road trip. With a historic downtown that sees 80,000 annual visitors, it frequently tops lists as one of the best towns to visit in Canada. For lodging, the AAA Four Diamond Rated Algonquin Resort has all the amenities you need to start the trip of a lifetime, and then some. Exquisite water views, a perfectly manicured golf course and two pools (one with a three-story waterslide) will help you kick off things right. Campgrounds, seaside cottages, motels and bed-and-breakfast accommodations, nearby or in town, are also available options.

Saint Andrews is well-known for its quaint and picturesque downtown area with many stores, boutiques and eateries offering a wide range of shopping opportunities. But even just strolling along its streets is a pleasant activity on its own.

At Kingsbrae Gardens, you’ll find over 50,000 perennials on display in specialty gardens along with ponds, animals, and a cafe run by award-winning chef Alex Haun. The nearby Clam Digger seafood shack also has some of the best seafood in town, as made evident by the cars double-parked outside.

Are the World’s Highest Tides on Your Bucket List?

Few places on Earth are as awe-inspiring as New Brunswick’s Bay of Fundy. A visit to this special place will reward you with magnificent tides, breathtaking coastlines and endless adventure. For a true coastal experience, plan your Bay of Fundy getaway today!

About an hour’s drive east of Saint Andrews, Saint John is the only city on the shore of the Bay of Fundy. Its natural wonders are complemented by urban charms and old-school port-style architecture. As you pull into town, you’ll see ships docked in a bustling harbor and discover fine restaurants and art galleries populating a vibrant downtown. Highlights also include the Saint John Firefighters Museum, with photographs and memorabilia from the Great Saint John Fire of 1877, and Harbour Station, a 6,300-seat arena that hosts hockey, concerts and entertainment year-round.

Of course, you can’t visit Saint John without being witness to the Reversing Falls Rapids, where you can watch as the tides of the Bay of Fundy force the mighty Saint John River to reverse its flow as they collide at its mouth.

Other attractions include three floors of fascinating galleries and artifacts at the New Brunswick Museum and the Saint John City Market, the oldest continuing farmers market in North America. There’s also the Stonehammer UNESCO Global Geopark, where you can hike, kayak, rock climb and zip line to expend the energy pent up from your drive, or visit the Cherry Brook Zoo, which houses over 35 species of exotic animals.

The gateway to the Fundy Trail Parkway, Saint Martins was a prominent 18th– and 19th– century shipbuilding town known for its red cliffs, world-famous echo caves and some of the best bird-watching in Canada.

Its harbor is incredibly photogenic – especially when you snap selfies with ships resting behind you on the open, muddy ocean floor during low tide, when the water courses out of the bay. Covered bridges, a lighthouse and public gardens also provide places to stretch your legs. For a real getting-to-know-you experience, head to the Quaco Museum, which preserves the rich cultural history of Saint Martins.

And then there are the Saint Martins Sea Caves, an ecological wonder like no other. Using tidal charts that show when it’s safe to traverse the exposed ocean floor, you can walk the shores of the bay beside 250-million-year-old rock formations before huge volumes of water wash away your footsteps no more than six hours later.

The spectacular sights continue even as you leave the area, thanks to the 19-mile Fundy Trail Parkway. Peppered with dozens of lookouts and observation decks, the parkway features over 50 hiking trails, beaches, waterfalls and a suspension bridge, easily eating up a day­­­ – or three – if you have the time.

Hopewell Rocks Park on the upper reaches of the Bay of Fundy is a worthy end to your road trip along the New Brunswick coast. There you’ll find a collection of rock formations – commonly referred to as Flowerpot Rocks – that stand 40- to 70-feet tall. Like the sea caves, you are free to explore the grounds surrounding these formations during periods of low tide (check the area’s tide table before heading out). Dressed in fall colors, these sculptures of tidal erosion look even more breathtaking. (It’s recommended that you go at sunrise and then stay for a full tidal cycle to see the rocks submerged under 55 feet of water. You can even go kayaking at high tide in the same place you were exploring on foot only hours before.)

If you’re looking to venture off and explore more of New Brunswick, the Kingston Peninsula in the lower Saint John River Valley is a favorite choice for its farmers markets, river ferries, country marts and vibrant fall colors. Once a settlement for Loyalists who relocated to the area during and after the American Revolution, Kingston now houses a museum dedicated to the culture of these settlers. Visit the 1789 Trinity Church and the 1810 Carter House & Tea Room to experience that culture firsthand. There are also ferries from Saint John to Summerville and across the Saint John River for those who enjoy watery pursuits.

New Brunswick is a province rich in history and bountiful in its natural wonders. Whether outdoor adventures call your name or you simply want to travel through historic downtowns at one of the most stunning times of the year, a Bay of Fundy road trip is one worth making – and better yet, it’s only a few hours from home. 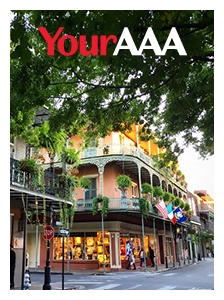 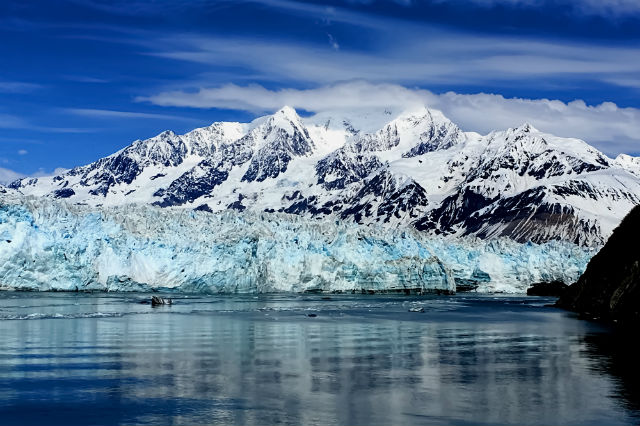