Driving while filming is dangerous, so why are people on social media doing it? 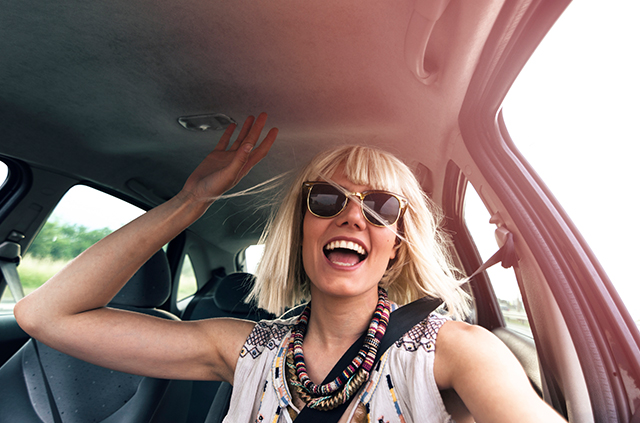 We all know that it’s dangerous to text or check an email while you’re driving. That’s been a well-known fact for over a decade. But what about other forms of distracted driving?

Recently, I’ve been scrolling through TikTok, a popular app where people share videos that are under one minute long. It’s a really easy app to get sucked into, but after a while I noticed a lot of videos in which the user is driving a car.

These types of videos are hardly new – I saw a lot of them on Snapchat in its heyday – but I’ve always wondered why no one comments on their dangerousness.

Any type of distracted driving is risky. Looking down at your phone for five seconds to send a quick text is like driving the length of a football field blindfolded, and taking your eyes off the road for only two seconds doubles the chance that you will be involved in a crash.

An average of eight people are killed every day in the United States because of distracted driving, according to the Centers for Disease Control and Prevention. And 1 in 5 people who are killed due to distracted driving are pedestrians. This means that when you text or look at your phone while you’re driving, you’re not just risking your own life. You’re risking the lives and safety of everyone around you.

Teens and young adults are especially at risk of distracted driving. More than half of teen drivers have admitted to using their phone while driving, and more than a quarter of them said that they have sent a text message while driving within the past 30 days. About 88% of drivers between 19 and 24 have admitted to engaging in risky behavior behind the wheel, according to a 2017 report from the AAA Foundation for Traffic Safety. 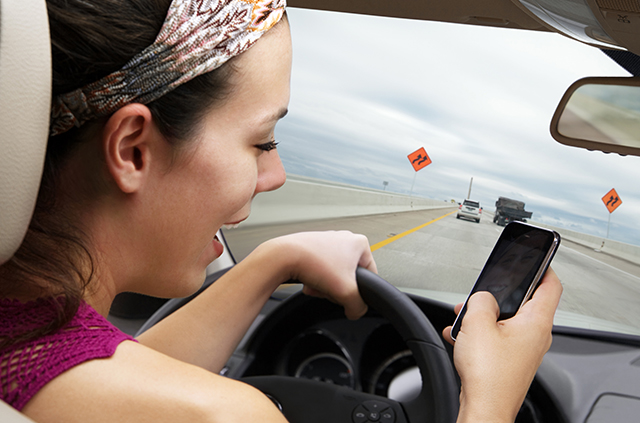 Drivers who have been in at least one crash within the past two years are more likely to engage in distracted driving behaviors, like texting or talking on the phone, according to a 2020 study from the AAA Foundation for Traffic Safety. Even those who hadn’t recently been in a crash admitted to driving in ways that they felt were dangerous.

Holding a phone to film yourself while driving is extremely dangerous – it combines visual, manual and cognitive distraction. In 2015, police said an Oregon woman hit and injured three teenagers with her car while she was filming a 19-second video on her cell phone.

But giving your phone to your passenger or mounting it somewhere on your dashboard can be equally distracting. In a 2020 YouTube video, influencer Emma Chamberlain, who has almost 10 million subscribers, films herself driving from Los Angeles to San Diego. Over the course of the 19-minute video, “ROADTRIP TO SF *i cried*,” Chamberlain takes her eyes off the road and makes direct eye contact with the camera about 128 times. At one point, the camera falls off of the dashboard and Chamberlain tries to retrieve it while she’s still driving. “Everybody behind me probably thinks that I’m drunk by the way that I’m driving,” she laughs.

If you’re filming a video, you’re putting yourself in performance mode, and you aren’t able to concentrate on the road in front of you. While your hands might be on the wheel, you’re still engaging in visual and cognitive distraction. If you still want to film a video in your car, you can always keep the car parked.

AAA recommends keeping your phone out of sight while driving. Stow your smartphone away, turn it to airplane mode, or activate call/text blocking features like Apple’s Do Not Disturb.

How do you resist using your phone while driving? Let us know in the comments below.