The History of the Glove Compartment

The story of the glove compartment begins more than a century ago and takes many twist and turns to arrive at the car feature we know today.

54 COMMENTS
Cars & Trucks » The History of the Glove Compartment 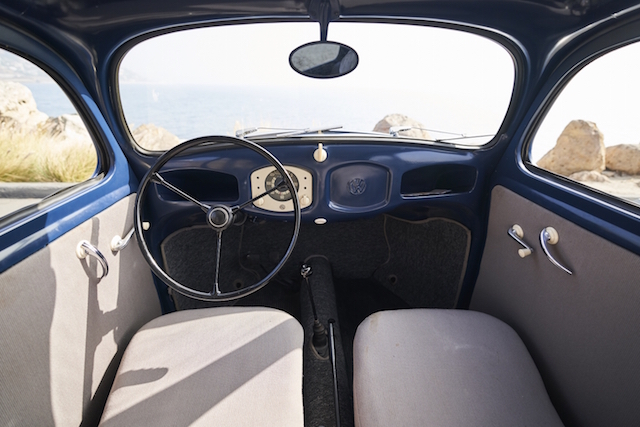 The humble glove compartment is so often a forgotten-about vehicle feature. After all, it’s where we store so many forgotten-about things. Be honest, can you name every item that’s currently in your glove compartment? But while we may take this unassuming storage bin for granted, it deserves to be acknowledged. Like so many other automobile features, the history of the glove box provides insight into the evolution of society at large.

Driving an automobile in the early 20th century may have been an exciting experience, but it certainly wasn’t the most comfortable one. Known as “horseless carriages,” early cars didn’t have roofs so drivers were open to the elements. Even when vehicles became enclosed, they still didn’t have heaters. Furthermore, roads weren’t paved well – if at all – so drivers had to hold on to a shaking steering wheel. And let’s not forget that power steering had yet to be invented, so turning the steering wheel could be a struggle. This is all to say that early motorists needed a good pair of driving gloves.

Early automobile manufacturers tried to rid their products of the “horseless carriage” moniker and Packard Motor Company did so with the addition of a new storage compartment. Sales material for Packard’s earliest cars stated that, “Instead of a leather dash, there is a boot or box forming part of the body. In this is ample space for parcels, waterproofs, etc.”

Where did the term “glove compartment” come from?

What we have come to know as the glove box or glove compartment had come into existence. Yet the idea of storing one’s driving gloves in this space was not a given. That idea can be traced back to a woman named Dorothy Levitt. One of Britain’s first female race drivers, Levitt was an automotive pioneer. Among her many accomplishments in the field was publishing “The Woman and the Car,” a book filled advice for owning and driving an automobile. One such tip informed readers, “You will find room for these gloves in the little drawer under the seat of the car. This little drawer is the secret of the dainty motorist.”

The growth of the glove box

It didn’t take long for other manufacturers to adopt this new feature. Some used baskets, satchels or hampers, while others built boxes into the dashboard. By the 1930s, the glove box became standard.

As time went on – and vehicles evolved – the need for driving gloves dissipated. This allowed glove compartment, and their uses, to change and by the mid-century, manufacturers began introducing all sorts of iterations. These included a glove drawer that rolled out of the instrument panel, a glove box containing a pop-up makeup compact and lighted makeup mirror overhead, and another that featured a mounted voice recorder.

But the cream of the glove box crop was the one found in the 1957 Cadillac Eldorado Brougham. Stored inside was a makeup case, a notebook, a cigarette case, an atomizer for perfume and six stainless-steel shot glasses that could be held down by a magnetic strip.

As decades rolled on, glove compartments became less flashy and more utilitarian. Some became lockable compartments, others came equipped with indentations on the door to hold beverages. Not surprisingly, this was also the time period when glove boxes became catchall storage spots in vehicles, holding everything from insurance and registration papers to tissues and snacks.

Only recently have glove boxes taken on some new features, although there’s room for debate as to how successful they were or will be. In the aughts, Dodge unveiled the “Chill Zone,” a refrigerated beverage storage bin capable of holding up to four 12-ounce cans. More recently, some manufacturers have developed deeper glove boxes where drivers can store a laptop.

Looking for something handy to keep in your glove compartment? AAA members can save on every fill-up at Shell with their Fuel Rewards card.

What do you keep in your glove box? Let us know in the comments below!

54 Thoughts on “The History of the Glove Compartment”