The History of the Car Cup Holder

We take it for granted, but it wasn't long ago that the car cup holder didn't exist. Here's how it became such an important automotive feature.

14 COMMENTS
Cars & Trucks » The History of the Car Cup Holder 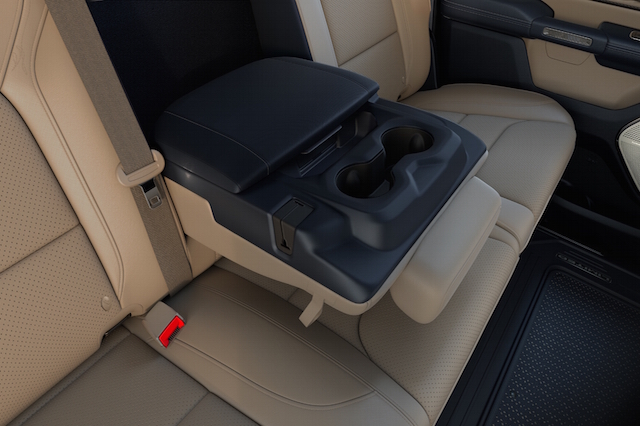 The beauty of automotive design is that it has evolved in lockstep with societal changes. License plates were needed to keep track of all the cars that filled the road in the early 1900s. Bumper stickers were the product of wartime technologies. The humble car cup holder is no different. If you follow its lifespan, you get a glimpse into how changes in the way we live gave rise to this new feature. It’s less about a circular indentation in your console and more about societal shifts.

Overreaching? Maybe. But some have even gone as far as suggesting that the inclusion of cup holders in cars make us feel safe by allowing us to drive next to warm liquid, which reminds us of mother’s milk.

Whatever the reason, this feature is clearly important to us. In 2007, PriceWaterhouseCoopers reported that the number of cup holders was more important to new car buyers than fuel economy.

So, how did the ubiquitous car cup holder come about? Let’s dig in.

The Early Days of Cars and Beverages

Although automobiles were much different in the early 20th century than they are today, food was clearly still on the minds of passengers back then. Some early cars came with picnic baskets and kitchenette sets in the trunk or attached to the sideboards. In “The Great Gatsby,” F. Scott Fitzgerald describes Gatsby’s Rolls Royce as having “supper-boxes.”

But the idea of eating or drinking while the car was in motion was still far away. Cars didn’t run very smoothly and most roads were anything but pristine. Traveling by automobile was not conducive to eating a meal or sipping on a drink.

Members Save Even More

Save up to 85% on your family’s medications – pets too!

The Origin of Car Cup Holders

The history of the car cup holder can be traced back to the 1950s and ’60s when it became popular to eat in your car as drive-in restaurants were having their heyday. But in this case, customers were stationary when eating and drinking. Any beverage could be placed on the dashboard or floor, or secured between the knees.

However, it wasn’t completely uncommon to see rudimentary cup holders incorporated into snack trays. A newspaper image from 1950 shows a snack tray hanging from the dashboard with two holes cut out to put beverages.

In 1953, the Automobile Seat Article Holder received a patent. This device consisted of a metal plate wedged between two seat cushions. Three years later, a slightly enhanced version emerged in the Refreshment Tray for Automobile Instrument Panel, which had wells better able to hold beverages upright.

Starting in the late 1950s, car designers began incorporating cup holders into the backside of glove compartment doors. For one reason or another, these were usually a miss. In 1957, Cadillac devised a magnetic glove compartment for its Eldorado Brougham. But it was designed to be used with the four metal tumblers that came with the vehicle, not just any beverage you had on hand.

As we moved into the 1960s, manufacturers continued to look to the glove compartment in an attempt to accommodate beverages. These early iterations, however, were usually a pair of very shallow circular indentations that would never be able to keep a beverage standing upright if the vehicle was in motion.

Car cup holders as we know them today can trace their origins back to 1983. That’s when Chrysler invented the minivan. The manufacturer’s Dodge Caravan and Plymouth Voyager were the first two mass-produced cars to have built-in cup holders.

Although they still were not a standard feature, more and more manufacturers added cupholders throughout the 1980s and into the ’90s. These times were marked by a steep increase in the number of women, particularly mothers, entering the workforce. Some have suggested that rise of dual income households led to a surge in popularity of drive-thru restaurants. Families could drive up to a window a receive an inexpensive meal in mere minutes. But they needed a place to put their drinks.

Car cup holders quickly became a necessity instead of luxury, at least in the United States. By the mid-1990s, built-in cup holders were a standard feature among manufacturers around the world.

It seems strange, but many of the innocuous components of an automobile have found their way into the center of a major court case. The car cup holder is no different. In what became a national headline in 1994, 79-year-old Stella Liebeck sued McDonald’s after spilling on her lap the 180-degree coffee she just ordered at the drive-thru. She was sitting in her grandson’s car at the time, opened the lid to add sugar and cream, and spilled the hot coffee, which burned her skin. The jury awarded Liebeck $640,000 at the conclusion of the trial. The whole ordeal may have been avoided had the Ford Probe not been devoid of even a single cup holder.

If manufacturers were hesitant to include cup holders in vehicle design, the hot coffee incident helped push them over the threshold. Even European companies, which had long resisted adding the feature, began building cars with cup holders when U.S. sales started to drop. We’ve gotten to a point that if cars don’t include a place to store your beverage, or don’t include enough places, they will face the wrath of the public.

Car cup holders continue to evolve in design as beverage containers change in size and shape. Other features, like LED-lighted cup holders, have also been introduced into the market. But maybe the most telling sign of how times have changed is the number of cup holders you’ll find in vehicles. While 20 years ago, you’d be lucky to find a handful, many cars today have more than a dozen. The Subaru Ascent, in fact, has 19 cup holders.

How important are car cup holders to you? Do you take them into consideration when purchasing a new vehicle? Let us know in the comments below!

14 Thoughts on “The History of the Car Cup Holder”