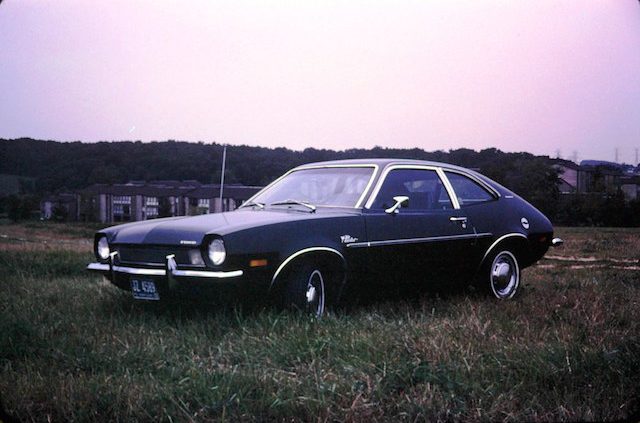 It’s human nature to always be searching for, let alone awed by, the latest and greatest. That tendency certainly extends to the automotive world, where the best new cars get all the headlines. But there are some important lessons to learn if we reverse course and look at some of the worst cars in history.

Ironically enough, there was a good idea hiding somewhere within each of these vehicles. But in each case those good intentions were betrayed by ulterior motives, fueled collectively by a calamitous combination of greed, frugality, ego and short-sightedness. The result is five of the worst cars ever.

It may be strange seeing the DeLorean DMC-12 on this list of the worst cars in history considering its fame and popularity. But off the silver screen, the car fell far short of expectations.

Former General Motors executive John DeLorean touted the DMC-12 as the sports car of the future. With its gull wings and sleek metallic look, it certainly has the aesthetics to meet that boast. But behind that facade was a heavy, underpowered and overpriced vehicle.

Originally, the company expected to sell 12,000 cars per year. In the end, only about 9,000 vehicles were made during its two-year run and the company was shut down in 1982. Ironically, the DeLorean became iconic just a few years later with its prominent role in 1985’s “Back to the Future.” The movie franchise ensured that the car’s legacy would extend well past its seemingly destined fate as an automotive footnote. That’s why you can expect to see DMC-12s back on the roads soon.

The Yugo was a decades-old Soviet-era Yugoslavia automobile imported to the U.S. in 1985. The decision to sell the car in America was the brainchild of entrepreneur Malcolm Bricklin. One need only to hear his version of the story to know that the Yugo was destined for failure from the start. In an interview with Car and Driver, Bricklin recalled sending his people “to find the cheapest car in the world. They found Zastava, in Yugoslavia, a 50-year-old factory building a 30-year-old car. We took this piece-of-crap car and within 14 months had set up 400 U.S. dealers and made 528 changes to the car.”

Yugoslavia had been manufacturing the car for years. Bricklin’s plan was to spruce it up and bring to America. There was no amount of changes that could overcome the vehicle’s poor quality, however. The Yugo’s engine generated a measly 55 horsepower, making the car dangerous to drive on American roads. The car was notoriously unreliable (the rear window defroster was reportedly there to keep your hands warm when you needed to push the vehicle), had many parts made of plastic, and oddly enough, featured carpeting as a standard feature.

But for the people selling the Yugo, the car was all about one thing: profit margin. The vehicle only cost $2,000 wholesale and was sold stateside for nearly twice that. Consumers quickly realized that even $4,000 was too much for the Yugo.

“Pontiac Aztek” by SqueakyMarmot is licensed under CC BY-SA 2.0

For as much grief as the Aztek got, it was actually at the forefront of what would prove to be one of the top automotive trends of the past two decades. When the car was first introduced in the early aughts, SUVs were surging in popularity and the idea of crossovers – vehicles with the space and power of an SUV combined with the on-street abilities of a sedan – was just beginning to take hold.

In fact, if you look the Aztek concept car, it doesn’t look all that dissimilar to some of today’s crossover models. Time may have put it best, saying, “The shame is, under all that ugliness, there was a useful, competent crossover.”

Clearly, the idea behind the car was good, but the execution was not. The problem was the Aztek suffered the same fate as the camel: it was designed by committee. No singular, coherent vision took the lead and just about everybody got a say in the design process. Even the bean counters made their mark involved. According to “The Globe and Mail,” GM accountants ordered the Aztek to be built on an existing minivan platform in order to reduce costs. This platform, however, was not long enough to hold the Aztek, forcing designers to create a box-like tail end.

The Aztek was in production all of five years, from 2001-2005. But showing that everything comes full circle, the car got a significant popularity boost when it was prominently featured as Walter White’s vehicle of choice in the uber-popular television show “Breaking Bad.”

While most of the cars on this list are here due to aesthetic design fails, poor craftsmanship or lackluster sales, several of the worst cars ever made were actually dangerous to drive. These vehicles had such fundamental mechanical and design flaws that they posed a serious risk to the occupants of the car.

Chrysler’s PT Cruiser had a unique look, which many people derided, but it’s most notable for its mercurial nature. The car was known to shut off in the middle of driving, completely out of the blue. The 1979 Oldsmobile Cutlass Supreme, meanwhile, had an engine that exploded when it made 90 horsepower.

But the most infamously dangerous worst car in history is the Ford Pinto. The only feature that needs to be discussed about this 1970s vehicle is its fuel tank. The Pinto famously featured an exposed fuel tank. Cars involved in rear-end collisions, even at slow speeds, tended to burst into flames. Later on, the “Pinto memo” was publicized, which proved the company concluded it was cheaper to settle victims’ lawsuits ($50 million) than to recall and fix the cars ($120 million).

Aptly, the coda to the Pinto’s story is the car’s presence in American Museum of Tort Law.

“Ford Edsel Ranger” by foshie is licensed under CC BY 2.0

We’ve reached the pinnacle of the worst cars in history. For decades, the terms “automotive failure” and “the Edsel” have been all but synonymous. So what went so wrong?

In the mid-19050s, Ford came to the conclusion that it should expand its product line. Specifically, it needed a new, mid-priced brand to go in between its flagship Lincoln and mid-level Mercury. According to Time, studies predicted that “by 1965 half of all U.S. families … would be buying more cars in the medium-priced field, which already had 60% of the market.” And so the Edsel was created, named after Henry Ford’s son, no less.

It’s not so much that the Edsel was such a terrible car – although it certainly had its faults, namely its price. It’s that it suffered the unfortunate fate of being hyped up as the greatest thing on four wheels. Believe it or not, Ford booked an hourlong prime time television slot on CBS to unveil the car, claiming the broadcast day as “E Day.” “The Edsel Show” included performances by Frank Sinatra, Bing Crosby, Rosemary Clooney and Louis Armstrong. By this time, however, the push for compact cars was well underway. Just two years after its prime-time debut, the Edsel’s run was over after less than 120,000 were sold. Ford had estimated it could sell up to 400,000 cars a year. In total, the company spent roughly $350 million on the Edsel’s research, design, tooling and production facilities, the equivalent of nearly $3.2 billion in 2021.

To add insult to injury, while the Edsel was cementing its place as the biggest automotive flop ever, “The Edsel Show” was nominated for an Emmy.

What do you think are some of the worst cars in history? Let us know in the comments below!