Fun Day Trips for Couples in the Northeast

Searching for a quick getaway to enjoy with your significant other? Look no further than these fun day trips for couples. 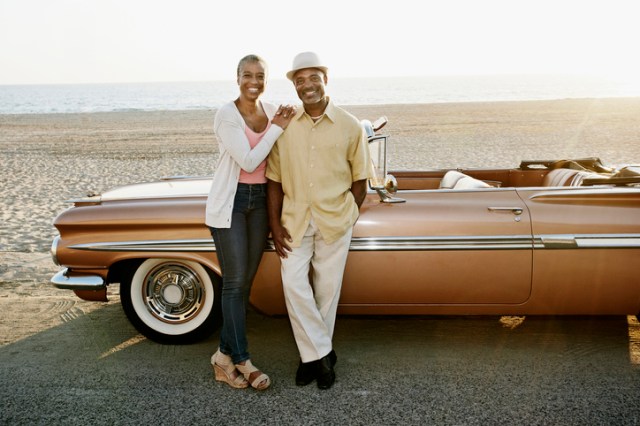 If you’re tired of the usual outings and dates, you’re in luck: There are lots of ideas for new adventures to have with your significant other. Between outdoor adventures, luxuriating relaxation and exciting nightlife options, there are options for everyone. Read on for lots of fun day trips for couples in the Northeast.

Located just south of Hartford, this so-called “Ye Most Ancient Towne in Connecticut” is perfect for couples who love history but want to stay close to a city. The Old Wethersfield historic district has more than 1,200 buildings, including nearly 100 from Colonial times.

Wethersfield has a special connection to the American Revolution – George Washington and French commander Comte de Rochambeau planned the war-ending siege on Yorktown at the Joseph Webb House. Nowadays, that building – the home of America’s first diplomat Silas Deane – a barn and two other historical homes make up the Webb-Deane-Stevens Museum. This living history museum is open every day excluding every Tuesday from May 1 to Oct. 31 and weekends in April and November. Special tours are available January through March by appointment.

Visit the park at Wethersfield Cove for a walk around the Connecticut River, or ice skate at Mill Woods Park. If you’d rather take part in an artistic pursuit, stop by the Wethersfield Academy for the Arts for a one-day sketch workshop.

For a healthy snack, come to the Heirloom Market at Comstock Ferre, a cozy cafe that prides itself on “seed-to-plate dining” and fresh food – not to mention the many seeds for sale. Or chow down on sushi at Edo Ichi, where rolls come to your table on wooden boats.

This rugged mountain range has attracted visitors for centuries. Nineteenth-century artists flocked to the region to paint the dramatic mountain peaks and landscapes. Today, tourists can get an eyeful of natural beauty just by driving through roads within the White Mountains. The romantic views alone make this mountain excursion a good day trip for couples. We especially recommend Kancamagus Highway to see multicolored fall foliage and quaint covered bridges, and Mount Washington Auto Road in the summer to climb 4,600 feet up Mount Washington – the highest peak in the Northeast. Guided tours and winter snowcoaches are available for those who don’t want to risk driving up a twisty-turny road without guardrails.

A majority of the region lies in the protected White Mountain National Forest, as well as several smaller state parks – with plenty of areas for camping, hiking and more. Franconia Notch State Park in particular has the Cannon Mountain Ski Area  where the famous Old Man of the Mountain lived until collapsing in 2003. This state park also contains the New England Ski Museum and from May to October breathtaking views of the surrounding mountains on the aerial tramway. You can also walk up stairs and through the famous red bridge at the Flume Gorge.

If you want to soak and ski in luxury, stay at the historic Omni Mount Washington Resort. This AAA Four Diamond hotel offers a spa right next to the Bretton Woods Ski Resort.

In 1969, Bethel hosted a little music festival called Woodstock. Maybe you’ve heard of it. These days, Bethel upholds that legacy with a marker at the original site, as well as at the Bethel Woods Center for the Arts. This concert venue has an outdoor amphitheater and a big sloping lawn, making it a great place to put down a blanket and catch a show under the stars. The center is celebrating the 50th anniversary of Woodstock with a yearlong Season of Song and Celebration.

History lovers should definitely tour the Museum at Bethel Woods. This museum, which opened in 2008, focuses on the impact of Woodstock and the peace and love revolution of the ’60s.

Lovers of spirits should stop by the nearby Catskill Distilling Company. Tour the distillery and enjoy Sunday brunch at the facility’s sister restaurant, the Dancing Cat Saloon.

Outdoorsy types should visit Lake Superior State Park, where you can rent a paddleboat, picnic on the beach, go fishing or just take in the beautiful scenery.

And if you want to stay overnight, Bethel is surrounded by campgrounds, beds and breakfasts and hotels. Just 20 minutes away is the Villa Roma Resort and Conference Center, which boasts an 18-hole golf course and two ski slopes.

The End can be just the beginning of your romantic day trip. The easternmost point of Long Island is home to beautiful beaches, six state parks and a bustling hamlet by the sea.

A must visit is the Montauk Point Lighthouse, which has been an icon since it opened in 1796. Walk all the way up to the top and see the beautiful Atlantic Ocean. Don’t forget to visit the Montauk Lighthouse Museum in the old keeper’s house and learn about the whaling and nautical history of the area. Both the lighthouse and museum are open from March 23 through Thanksgiving weekend.

Montauk wouldn’t be Montauk without seafood, so stop by the Lobster Roll (which opens in May for the season) for an outdoor lobster roll lunch. This iconic roadside restaurant has been around since 1965 and even has a starring role in the Showtime series “The Affair.”

Giddy up and take a horse ride at Deep Hollow Ranch. The self-styled oldest cattle ranch in the U.S.A. offers beaches and riding trails for riders of all abilities and ages.

Afterwards, stop by Gurney’s Seawater Spa to relax in the sauna, sweat it out in the steam room or swim in a seawater pool with panoramic views of the Atlantic.

For dinner, try Harvest on Fort Pond, which offers family-style Italian cuisine inspired by Montauk seafood and its on-site garden. Add to the ambiance and watch the sunset over Fort Pond.

This thriving seaside town at the very end of Cape Cod is just a ferry ride away from Boston Harbor and known for embracing the gay and lesbian communities. P-town wears its many rainbow flags with pride.

Party people and social butterflies should find themselves at home with the many bars, clubs and restaurants. Not to mention the many special occasions throughout the year – such as the Provincetown International Film Festival in June and Carnival Week in August.

The Provincetown Art Association and Museum promotes the work of local artists through exhibitions, workshops and cultural events year-round. Plus there are several art galleries scattered alongside Commercial Street.

Nature lovers should go on a Dolphin Fleet Whale Watch, which brings you to the Stellwagen Bank National Marine Sanctuary in the Massachusetts Bay to see whales and other nautical creatures. The season starts April 14.

Towering above Provincetown is the Pilgrim Monument and Provincetown Museum. The 252-foot tall monument commemorates where the Mayflower Pilgrims first landed before sailing on to Plymouth. The associated museum documents local and American history.

Active couples can explore the far side of the cape at Herring Cove and Race Point, both part of the Cape Cod National Seashore. Take a bike ride between the beaches on the Province Lands Bike Trail, which loops through the hills of the local dune system.

Need a place to rest after all that activity? Stay at the Crowne Pointe Historic Inn and Spa. This AAA Four Diamond adults-only inn offers a full-service spa alongside fine dining at the on-site restaurant and wine bar.

The Nature Conservancy has called this tiny island off the coast of Rhode Island one of the last great places in the Western Hemisphere. With its abundant wildlife, 17 miles of beaches and small-town charm, it is easy to see why Block Island has earned that title.

For starters, stand over Mohegan Bluffs – 150-foot-tall clay cliffs – and look into the Atlantic Ocean. Then climb down the wooden staircase to the secluded beach. The still-operational red brick Southeast Lighthouse sits nearby with an attached keeper’s house and small museum. At the other end of the island is the older North Light. It’s only accessible via hiking, but it is worth it for the view and surrounding trails through the Block Island Wildlife Refuge. Bicycles and mopeds are also a popular way to get around. Rentals are available.

Back at Old Harbor the south end, the Koru Eco Spa offers couples package with adjacent massages and pedicures, as well as facials, body treatments and hair styling – all while using organic products. The famous restaurant at Ballard’s offers fresh seafood in the oceanside dining area. There’s also live music and entertainment every night during the summer season as well as drinks at the beach tiki bar.

The best way to get to Block Island is via ferry, which comes from Point Judith, R.I., year-round. During the warmer months, ferries run from Newport, R.I.; New London, Conn.; Fall River, Mass.; and Montauk, N.Y., as well. Flights from local airports are also available.

It may not be the first place you think of for a fun day trip for couples, but visitors might want to take a gamble on Atlantic City. Speaking of which, the area is well known for its many casinos, with the Borgata being the biggest. In addition to the casino, the AAA Four Diamond hotel has an outdoor pool, a spa, a salon, a barbershop, two concert venues, a comedy club and five fine dining restaurants.

While you’re in Atlantic City, you must take a stroll down the famous shoreside boardwalk. See if you can find the streets from Monopoly – the ever-popular board game took names from city spots and streets. Don’t forget to stop and take a ride at the iconic Steel Pier – an amusement park that extends into the ocean.

In addition to nightlife, the area is also home to wildlife. Meet the local marine mammals on a dolphin cruise through Atlantic City Cruises in a two-hour cruise or see the skyline on a one-hour happy hour cruise. Dolphin cruises start in May, while all other cruises open in June.

Love the nautical life, but want to stay on land? Walk up the steps of the Absecon Lighthouse – New Jersey’s tallest lighthouse and a popular wedding venue. In addition, dogs on leashes are allowed on the adjacent lawn and lighthouse museum.

For an extravagant meal for two, dine on fresh pasta, seafood and drinks at Capriccio inside Resorts Casino & Hotel. This gourmet Italian restaurant overlooking the Atlantic Ocean is a popular spot for both late nights at the bar and Sunday brunch.

Know any other fun day trips for couples? Where have you been with your sweetheart in the Northeast? Let us know in the comments!

Plan your next couples getaway with AAA.