Sky Is the Limit for These Tall Tourist Attractions

Sometimes the best way to see a beautiful landscape is from above. Whether it’s a vast natural terrain or a sweeping urban skyline, our region is full of places that deserve to be enjoyed with a bird's-eye view. 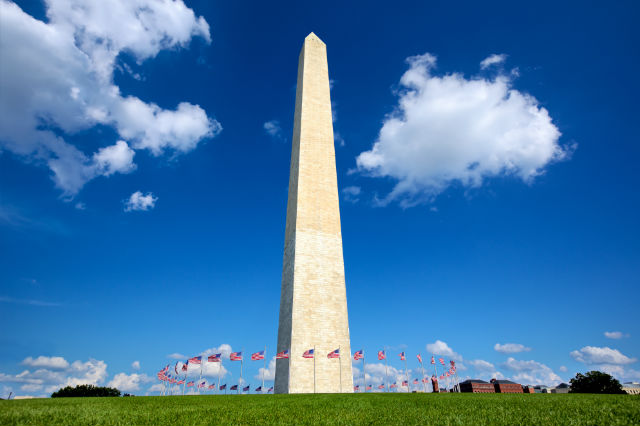 Sometimes the best way to see a beautiful landscape is from above.

Whether it’s a vast natural terrain or a sweeping urban skyline, our region is full of places that deserve to be enjoyed with a bird’s-eye view.

Each tourist attraction on this list will help you appreciate great sights from a great perspective.

Cadillac Mountain is one of the many jewels visitors can find at Acadia National Park, a popular tourist attraction for many reasons. Topping 1,500 feet, Cadillac is the highest peak on the Eastern Seaboard, according to the U.S. National Park Service. You can reach the mountain by car on a 3.5-mile winding, narrow road. The summit offers a small walking trail. From the top, on a clear day, you can see Bar Harbor, almost all of Mount Desert Island and parts of Frenchman Bay. Those looking to hike to the top can try the 3.7-mile (one-way) Cadillac Mountain South Ridge Trail from Blackwoods Campground.

A skiing destination in the winter, Cannon Mountain takes on a different feel in warm weather when passengers board trams that run from Valley Station to the summit. The ride itself affords great views of Franconia Notch as does the 4,080-foot peak. Visitors can hike amid foot trails and, on a clear day, see parts of four states and Quebec, Canada. The mountain is said to be the site of the first passenger tramway in North America. The original opened in 1938 followed by a replacement inaugurated in 1980.

About an hour south of Baltimore and roughly 25 minutes outside Washington, D.C., the National Harbor waterfront is home to a cluster of restaurants, shops and hotels gracing the banks of the Potomac River. This tourist attraction includes sightseeing cruises, a carousel and outdoor movies. Be sure to check out the Awakening – a massive art installation – on the shoreline. The Capital Wheel is one of the area’s tallest attractions. The Ferris wheel takes riders 180 feet into the sky, high enough to see D.C. in the distance.

Not all of the region’s high points are man-made. Here are some of the area’s tallest natural points.

The Statue of Liberty National Monument is one of the nation’s most iconic symbols, and a long-popular tourist attraction. If you want to enjoy this site’s highest view – the crown – you’ll need to earn it. For starters, Liberty Island can only be reached via ferry. Trips depart from Battery Park, in Manhattan, and Liberty State Park in Jersey City, NJ. Crown visits require advance tickets, and many visitors make reservations months ahead of time. Once you’re there, be ready to climb 377 steps from the top of the statue’s pedestal to its crown. There’s no elevator in the statue, no air conditioning and nowhere else like it.

The highest point in Massachusetts is one of numerous naturally gorgeous features sprinkled throughout the Berkshires. Mount Greylock peaks at 3,489 feet, offering sightlines as far as 90 miles away into Vermont and New York on particularly clear days. Roads to the summit are open from late May through Nov. 1. It’s an 8-mile trip from a visitor center in Lanesborough. Mount Greylock State Reservation is a 12,500-acre park surrounding the peak. It includes parts of North Adams, Adams, Lanesborough, Cheshire, Williamstown and New Ashford.

Reaching above 6,280-feet, Mount Washington is the tallest mountain in the northeastern United States and a popular tourist attraction. It’s famous for wild weather, including one of the fastest wind gusts ever recorded. Mount Washington State Park is a 60.3-acre parcel at the summit that includes the Sherman Adams Visitor Center, with a cafeteria and gift shop.

There’s also the Mount Washington Observatory and its museum, where visitors can get hands-on with science surrounding the mountain’s peak. On a clear day, views stretching as far as 130 miles are visible from the summit. The Mount Washington Auto Road allows motorists to drive to the summit (and get the well-known bumper sticker) while the Mount Washington Cog Railway, in nearby Bretton Woods runs a three-hour round trip train ride to the top. Check out Tip Top House at the summit, a former hotel built in the mid-19th century. There are also several options for hiking the mountain.

Philadelphia is loaded with fantastic tourists spots such as the iconic Liberty Bell Center and the Philadelphia Museum of Art where you can run the steps pretending to be Rocky Balboa. While City Hall might not be the first stop on your list, don’t miss it for a great view of Philly. It was intended to be the largest building ever constructed. Though it was surpassed by the Eiffel Tower and the Washington Monument before construction wrapped up in 1901, it was recognized as the world’s tallest occupied structure through 1909. The City Hall Tower stands 548-feet-tall, topping out with 27-ton, 37-foot tall statue of William Penn. An observation deck is just below the statue with wonderful, 360-degree viewing areas.

Thacher Island is home to two great lighthouses, each of which stands 124 feet high and more than 160 feet above the waterline. Both of the towers date back to the mid 19th-century. Visitors age 6 and older can climb the north tower for sweeping Atlantic Ocean views. The Thacher Island Association runs trips to and from the island on Saturday mornings through early September.

The Manhattan skyline is unlike any other and Top of the Rock, part of Rockefeller Center and an iconic tourist attraction, is a fantastic way to see it. Visitors can check out the view from three floors – the 67th, 69th and 70th. The lower two floors feature outdoor terraces with transparent safety glass. The highest level offers open air, unobstructed views of New York City. Get $3 off ticket with your AAA card.

The Washington Monument has been in a bit of bad news, good news situation in recent years. It closed for nearly three years following a 5.8-magnitude earthquake in 2011. It closed again in August 2016, but it’s scheduled to open in spring 2019.

When it does, visitors will be able to take an elevator to an observation room at the 500-foot level. Eight windows afford fantastic views of the capital area. There’s also a small museum at the 490-foot level. Some fun facts about the monument courtesy of the U.S. National Park Service – the monument and its foundation have a combined weight of 100,000 tons, there are 897 steps leading to the top and structure is comprised of more than 36,000 stones.

There’s no way we could cover all of the region’s sky-high tourist attractions, so leave a comment to let us know what we’re missing and why folks should check it out!