These two models are virtually guaranteed to produce smiles. 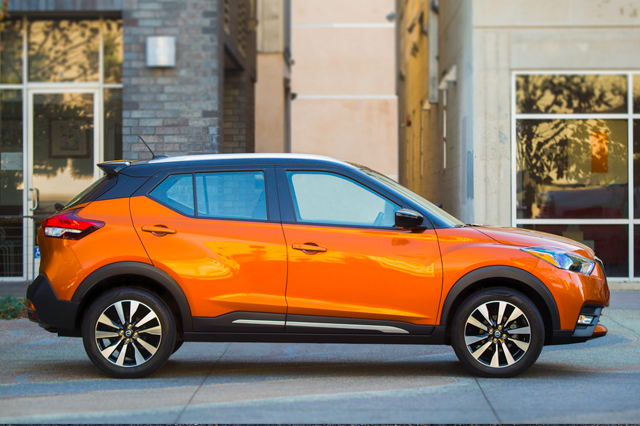 More often than not, new car models are bestowed with what can best be described as somewhat cryptic or arbitrary names. The Nissan Kicks is a pleasant exception, however.

While this compact hatchback’s name says “fun,” its 125-horsepower, 1.6-liter four-cylinder engine is oriented more towards frugality. That means decent performance around town, combined with above-average fuel economy. Can you say road trip?

That pleasantly sensible attitude continues inside with good room for four adults. The interior is surprisingly quiet in normal driving, outward visibility is very good (not something some competing models can claim) and controls are nicely straightforward. There’s also a good-sized cargo hold with the rear seatbacks folded, though the fact that it doesn’t create a flat load floor may prove problematic in loading some larger items.

The Kicks also earns points for its feature set, which on my top-of-the-line SR test car included a 360-degree around view monitor, and Apple CarPlay/Android Auto smartphone integration. Advanced safety features, like forward collision warning and automatic emergency braking, are also standard across the lineup.

Figure in available roof and body color accents and you have a practical set of wheels with a high “fun” factor.

The sudden deluge hit as we were finishing breakfast at a local cafe, leaving us facing knee-deep water in the streets. In any other vehicle we would have thought twice about going anywhere. Not behind the wheel of the Jeep Grand Cherokee Summit, though.

The top-of-the-line Summit model we were driving was a lot like a suburban pack mule. A beast ready to go anywhere, schlep all our stuff and look stylish doing it.

This midsize luxury SUV has sophisticated good looks you don’t normally associate with vehicles of its utilitarian ilk. The interior of the Summit model, in fact, compares favorably with your average high-end sedan.

Second, there’s that usefulness factor. In addition to room for four adults, the Grand Cherokee offers a large cargo area and the ability to tow more than 7,000 pounds.

Then, finally, there’s this mechanical mule’s surefootedness, a trait that’s been bred out of most SUVs. With its serious four-wheel-drive system and 10.8 inches of ground clearance, past experience has shown us the Grand Cherokee would likely handle the most rugged off-road trail we could find.

Driving it made motoring through a small urban flood actually kind of fun.