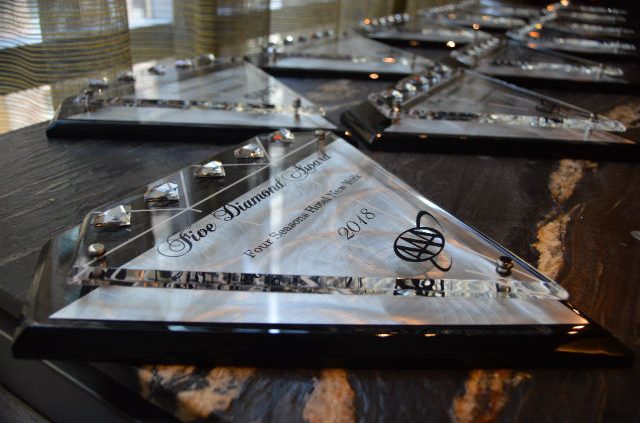 The second annual luncheon was hosted by the Park Hyatt New York. A Five Diamond property since 2015, the hotel provided a luxe, modern space where the best in the hospitality industry could toast to their accomplishments.

From passed hors d’oeuvres and Champagne to a finale of sweets starring housemade bourbon Twinkies, the Park Hyatt staff and kitchen exemplified a Five Diamond Rated experience from start to finish.

Director of Travel Operations for AAA Northeast, Mike Rotondo, led the awards ceremony, presenting each hotel and restaurant with a plaque, surely destined for a prominent spot on the wall.

AAA Diamonds are among the most well-known and respected ratings in the travel industry. Covering North America, Mexico and the Caribbean, evaluations are based on anonymous, in-person assessments built on the priorities and preferences of members (aka, you, the traveler).

“It’s such an honor and pride for us to receive it,” said Alton Chun, hotel manager of the Park Hyatt New York. “The AAA Five Diamond Award represents the hard work of our colleagues, the experience that our guests have, all the hours that go into creating a great product…and delivering on that service day in and day out for our guests.” 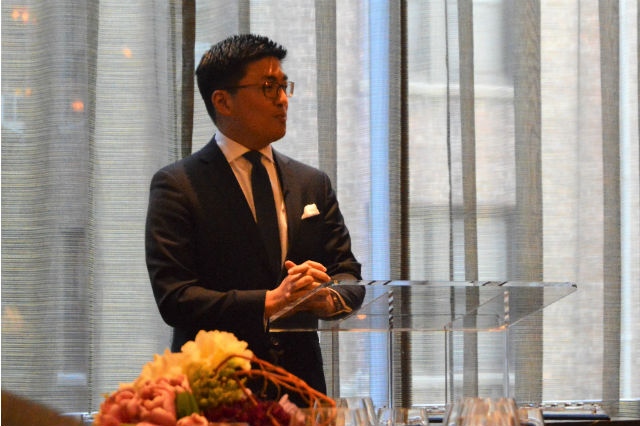 New York City is an especially fitting location for a celebration, as it has the highest concentration of Five Diamond establishments in the United States, Canada, Mexico and the Caribbean. Within that footprint, New York state holds the record for Five Diamond restaurants and ranks second overall for Five Diamond hotels. 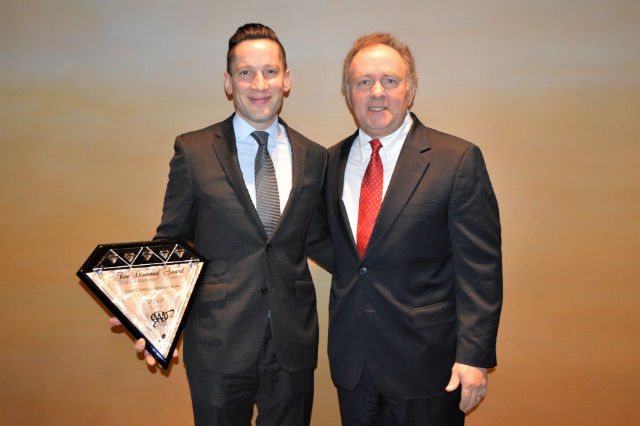 The Chef’s Table at Brooklyn Fare is an exciting new addition to the world of Five Diamonds. Located in an unmarked “hidden restaurant” behind a grocery store in Hell’s Kitchen, the 18-seat chef’s table prepares an extravagant tasting menu right in front of guests. Most of the restaurants new to the list this year feature tasting menus and an interactive environment. 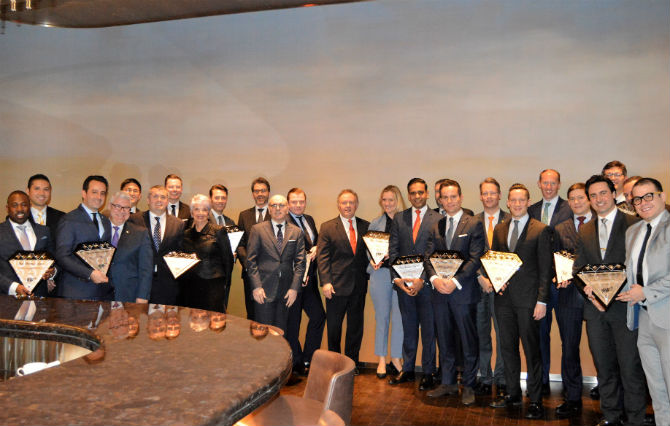 Any Diamond Rating is an accomplishment, but Five Diamond properties are held to the very highest standards of AAA’s rigorous inspection process. They are the best of the best in the hospitality industry.

Hotels that earn the Five Diamond title offer the ultimate in luxury and sophistication. Of the more than 27,000 AAA Inspected and Approved hotels, fewer than half of 1 percent receive the Five Diamond Rating.

For restaurants, Five Diamonds denote establishments with an acclaimed chef, leading-edge cuisine made with the finest ingredients and extraordinary surroundings. Just 0.2 percent of the more than 31,000 AAA Inspected & Approved restaurants are Five Diamond Rated. Shadow a AAA restaurant inspector.

“[It’s] a very difficult thing to do, to get a Five Diamond Rating,” said Robert Sinclair, director of media relations for AAA Northeast. “For these properties to get Five Diamonds – and some of them for many, many years – is a testament to the hard work, dedication and quality of what they do.”