The Best Asian Countries to Visit: Why is It So Safe to Travel to Singapore and Hong Kong? 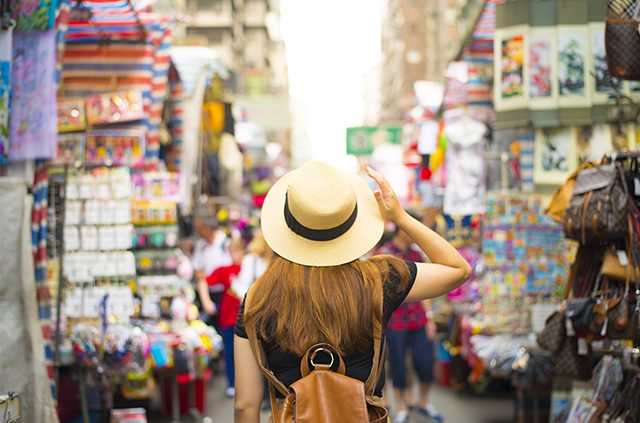 When you think about the best Asian countries to visit, you probably want one where you know you will feel safe.

Travelers who feel wary about an Asian vacation in Hong Kong must have seen too many movies where the international Chinese city is portrayed as a cesspool of Triad gangsters. The reality is that Hong Kong and Singapore—another southeast Asian metropolis about 1,600 miles southwest—are among the safest places to travel in the Far East, boasting very low crime rates. That’s a good thing because without having to worry, you can concentrate on really enjoying what two of the best Asian destinations have to offer.

Once a British colony that later became a part of the Federation of Malaysia, Singapore is now its own city-state—an independent country that is comprised of just one city. There are actually 63 islands that comprise Singapore, but the main one is Pulau Ujong, which holds most of the urban landscape. However, “urban” here is far from gritty. Singaporeans call their home the “Garden City,” and it’s green, strikingly clean, and well-organized. Laws maintain order and discipline –there are strict rules against littering, public smoking, and even chewing gum. Collectively, it’s so harmless and crime-free that locals jokingly call it “Singabore.”

Jokes aside, boredom isn’t common for a visitor to this Southeast Asian destination. There’s plenty to see when you stroll through its streets—and its gardens. Gardens by the Bay is the most striking of them all, a solar-powered botanical garden with indoor waterfalls and iconic “supertrees”—futuristic-looking towers holding a variety of flora.

Walking around to experience Singapore’s diverse neighborhoods is easy, from the oldest Chinese temple, Thian Hock Keng, in Chinatown, to the colorful Sri Veeramakaliamman temple in Little India. High-end fashion shops line Orchard Road, while hip boutiques and cafés are found during a stroll through the Tiong Bahru neighborhood. At night it’s still safe to be out; the only creatures that come out are literal animals in Singapore’s popular Night Safari, which you observe from the safety of a tram car. And speaking of cars, getting around to all these Singapore sights is straightforward, especially with Uber and taxis. Drivers are so considerate and harmless that some locals put their young children in random taxis by themselves to go places, simply because they know they can trust the driver.

If you ever start getting hungry from all the touring, there’s more than enough places to eat. Singapore is famous for its hawker centers, urban food courts serving the vast gamut of Malaysian and Singaporean fare, from entry-level Hainanese chicken rice, to more daring dishes like pig organs soup—all prepared sanitarily with government cleanliness standards. 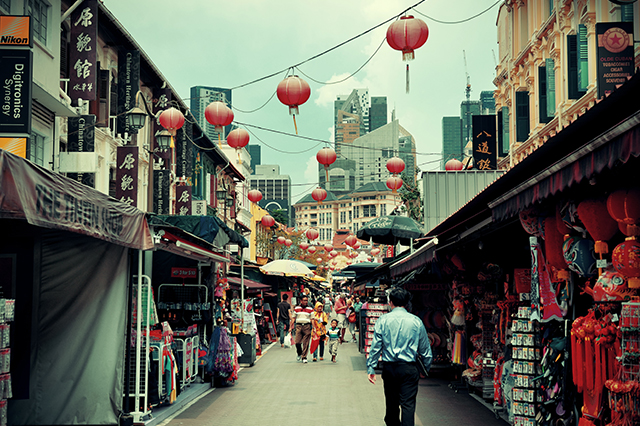 Like Singapore, Hong Kong is a former British colony that served as a major international trading port for centuries. The United Kingdom’s 99-year-long lease on the Chinese territory expired in 1997, when it was returned back to the Chinese government. However, Hong Kong evolved so independently of its original parent country that when it was reunited, it was designated a special administrative region so that it could retain its international policies for its huge immigrant and ex-pat communities and global businesses. That being said, Americans don’t need a Chinese visa to visit Hong Kong for up to 90 days, which is one less thing to worry about—making it one of the best Asian destinations you can go on a whim, in one of the best Asian countries to visit.

Hong Kongers lead a generally worry-free life when getting around town, and a tourist should feel no different. There’s plenty to do in this Asian region, spread out over three regions: the New Territories, the northern mountainous terrain and outlying islands; the Kowloon Peninsula, the developed southern tip of the mainland; and Hong Kong Island, the urban city center, known for its towering skyscrapers, which most people are familiar with.

Above the urban center of Hong Kong Island is Victoria Peak, which offers great views and an opportunity to look down at the tall buildings. The safest and easiest way up is with the vintage Peak Tram, but if you have the 45 minutes and the urge to leisurely stretch out your legs, the peaceful and shaded Morning Trail gets you there along a paved pathway.

At the top, you can look around and get your bearing: at the bottom is Central, the business district that is more than just iconic office buildings like the IFC (International Finance Centre), Bank of China Tower, and the HSBC Main Building. There are plenty of world-class stores and restaurants between them, with indoor promenades linking them together for convenience and above all, air-conditioning to shield you from all the heat generated from urban life and the tropical climate. And speaking of heat, the Hong Kong Police are everywhere. They are the main reason why crime rates are so low—although you should always take the usual precautions as you would in any major city, not just on an Asian vacation.

Between Central and Victoria Peak are the Mid-Levels district, a less-congested residential area halfway up the hill that encompasses scenic parks and the Hong Kong Zoological and Botanical Gardens. To go up and down the hill in this part of town, you can safely ride the Central-Mid-Levels Escalator, a free attraction in its own right, dubbed the “world’s longest outdoor escalator system.”

The Star Ferry gets you across Victoria Harbour to the Kowloon side on the mainland, which has its own parks, temples, and historic sights like the Hong Kong Clock Tower, and more recently, the tribute statue of Bruce Lee. Above all, the must see in Kowloon is to look southward towards the island for the classic view of the Hong Kong skyline. And if you’ve had your fill of buildings, you can easily head to the island of Lantau by rail or bus, to see one of China’s largest religious statues, the 112-foot bronze Tian Tan Buddha, surrounded by mountains.

Getting around to all these places is fairly straightforward and safe. The MTR metro train system has maps and signage everywhere so you know where you’re going. When you’re on foot and you aren’t used to the British-influenced sides of the road, there’s almost always a reminder to “look left” or “look right” at each crosswalk. And if you ever get lost, you can always ask for directions; conveniently enough, in both Hong Kong and Singapore, English is ubiquitous—making them two places that are amongst the best Asian vacation destinations.

Have you already been to Hong Kong or Singapore? Have suggestions for other cities or the best Asian countries to visit? Share your experience with us below!

To learn about travel to Asia with AAA Vacations, click here.