Virtual Field Trips Bring the Northeast’s Best to You

Bring the sights, sounds and flavors of the Northeast to your home on a virtual field trip. 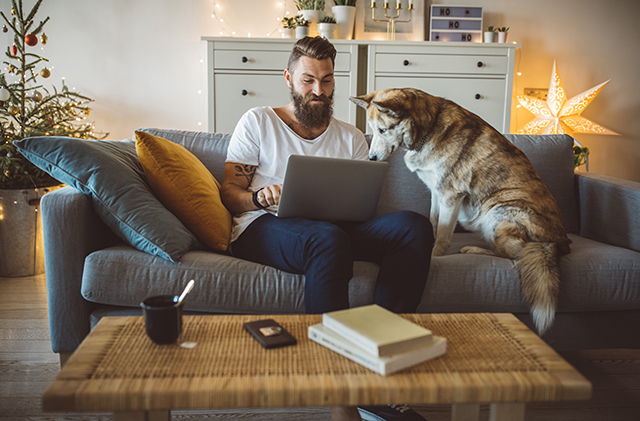 Coronavirus has had ripple effects across the globe. If you’re in lockdown and dreaming of all of the local places you’d planned to visit soon, you’re not alone. Bring the sights, sounds and flavors of the Northeast to your home on a virtual field trip.

While the lights are currently out on Broadway – and other stages across the region – innovative performers have put their work on the internet for people to watch.

The Boston Symphony Orchestra is offering BSO at Home programming. Every week features a new theme, complete with playlists and historical performances, as well as youth and family concert lessons.

ACT of Connecticut is streaming a Friday evening Happy Hour that has live chats with Broadway stars.

In Rhode Island, The Wilbury Theatre Group (which won the 2018 National Theatre Company Award from the American Theatre Wing) is livestreaming dramatic readings and acting classes.  The Gamm Theatre is offering Brush Up Your Shakespeare classes with artistic director Tony Estrella.

Town Hall Theater, in Middlebury, Vt., is streaming “The Quarantine Sessions,” a series of short videos, as well as online classes for teens.

While this is the time of year that the Mount Washington Cog Railway opens up for the season, those plans are on hold for the moment. You can still travel to the top of the Northeast’s tallest peak, though, on a virtual field trip to the Mount Washington Observatory, and experience a little bit of the country’s most extreme weather.

You can watch this livestream of a covered bridge in Vermont’s Mad River Valley, or explore the farms that feed the state’s locavore movement from live cams and conversations with farmers. While Ben & Jerry’s factory tours are currently shut down, you can take a virtual tour of its Flavor Graveyard where the “dearly de-pinted” are remembered.

Just because we can’t visit right now doesn’t mean that the area’s zoos and aquariums have shut down. All of the marine biologists and zookeepers who care for the fish and wildlife in places like the New England Aquarium in Boston, Mystic Aquarium in Connecticut and Roger Williams Park Zoo in Providence, RI are still going to work every day.

Since we can’t go, these places are offering virtual field trips. New England Aquarium does a Facebook Live session with sea creatures every day at 11 a.m., as does Mystic, which has livestreams and also has live cameras in the penguin enclosure. Roger Williams Zoo hosts Zoo School every Tuesday and Thursday at 2 p.m. In New York, the Bronx Zoo website also has virtual visits with animals, and the Queens Zoo, Prospect Park Zoo and New York Aquarium all offer live cams.

Get a Taste of the Region

In a perfect world, we all would all be able to visit New Hampshire and Vermont for maple sugaring season, which is when the maple trees are tapped and millions of gallons of sap are cooked down into the best maple syrup you’ll ever taste. It happens every March and April, and it’s one of the most New England things you can experience.

While events like New Hampshire’s Maple Sugaring Month were canceled due to COVID-19, you can still order freshly made maple syrup from places like Fadden’s General Store and Maple Sugarhouse in North Woodstock, NH; Brower Road Sugar House in Gloversville, NY; Hilltop Boilers in Newfield, Maine; and Moose Mountain Maple in Underhill, VT, which is aged in rum barrels.

There are lots of other ways to bring the Northeast’s signature flavors home too. Vena’s Fizz House, a cocktail supply shop in Portland, Maine, has recipes online and ships its products, like Vena’s Maine Pine Syrup, so you can make libations at home. Red Apple Farm in Phillipston, MA ships its fresh cider doughnuts to order. Champlin’s Seafood in Narragansett, RI does the same with live lobsters and clam boils. Zeb’s General Store in North Conway, NH will mail you its own specialty foods, like jams and pancake mixes, as well as New Hampshire pine incense if you really want to recreate the atmosphere of the White Mountains. And if you check Goldbelly, you’ll be able to find New York City’s signature foods, like bagels from Russ & Daughters and pastrami from Katz’s Delicatessen.

While you’re exploring, check out these virtual tours that will take you even farther.

Tell us which of these virtual field trips you’ll be taking in the comments below.