Have your boarding pass handy – cruise ships are the only way to visit these exotic islands. 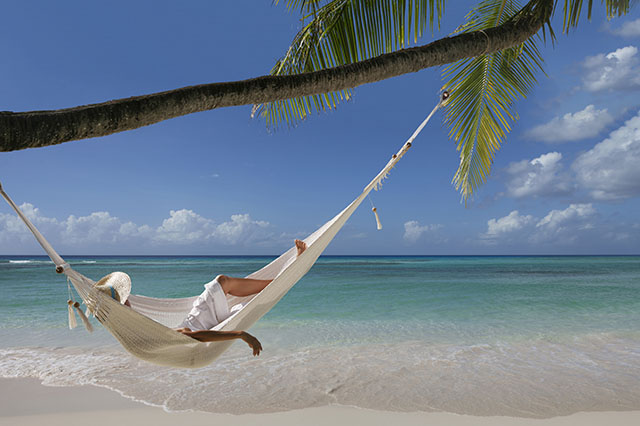 I was a kid when the allure of cruising swept me away like a tidal wave. A watery, porthole view of the sea seemed so spectacular, and a Robinson Crusoe-style bash on a private swath of sand – with little more than beach towels and burgers – was enough island luxury to blow my mind. Boy, times have changed! Every year new ships set sail, their decks stacked with awesome amenities. Today, private balconies abound, and tricked-out cruise line private islands top the polls of the most popular ports of call in the Caribbean.

Norwegian Cruise Line got the beach ball rolling, pioneering the private island concept in the late 1970s. The move spurred a land-grab among other lines before the turn of the century, and it continues with the introduction of new destinations as well as further development of existing islands. In step with the ships that bring passengers to their shores, these cruise line private islands are increasingly well-appointed.

Newcomer Virgin Voyages, which launches in 2020, plans to bring passengers to its exclusive Beach Club at Bimini. Although not technically an island, the only way to visit is via one of Virgin’s ships. These private beach destinations are part of the expanding trend, too.

The goal is to give passengers a special experience that can’t be replicated anywhere else, and maybe lure in a few neophytes who might not have considered cruising before, but are enticed by these exclusive enclaves. At their core, cruise line private islands provide a carefree extension of the shipboard experience. Each one has its own vibe. Here’s how some are making a splash, so you can set a course for the perfect island paradise.

NCL’s venerable 250-acre Bahamian island charms passengers with its sun-baked character and casual atmosphere that’s been refined a bit with the addition of an oceanside boardwalk, a live music stage and a family recreation area. Plus, a remote cove dubbed Lagoon Retreat now hosts an ultra-luxe escape, with air-conditioned villas, spa services and gourmet bites. Sip margaritas at the Patron Bar, mojitos at the Bacardi Bar and nosh on fresh fish tacos at the new build-your-own taco bar. It ranks as one of the best islands to grab a snorkel and marvel over reefs percolating with colorful marine life. You’ll also find a new underwater sculpture garden. Want more?  How about swimming pigs? The famous hogs reside 10 minutes away on tiny Treasure Island, where visitors can frolic in the surf while feeding them apple kebabs and rubbing their big bellies.

NCL’s latest private island opened in Belize at the end of 2016. Boasting a manicured beach and a free-form pool with a swim-up bar, the 75-acre isle unfolds a lot like a modern resort. But this isle exudes an eco-conscious flair, too. Navigate an innovative pedalboard alongside wild mangroves on a manatee safari, and explore the Nature Center, complete with a resident boa constrictor, a butterfly house and an aviary that shelters rainbow-billed toucans (Belize’s native bird). Or, soar like a bird yourself at Flighthouse, an aerial activity center with a head-first “Superman-style” zip line. A marketplace curates local treasures and food carts hawk Belizean treats (think grilled seafood skewers and rich ice cream). The latter come in handy, because unlike other private islands Harvest Caye lacks free dining options. Belize’s mainland also rests a mile away, allowing access to Mayan ruins.

An ambitious island-meets-theme park melange, Royal Caribbean’s private island delivers bucket-list ways to “chill and thrill.” Plunge down the tallest waterslide in North America (135-foot Daredevil’s Peak, one of 13 slides at a new waterpark) and splash around the Caribbean’s biggest wave pool. Or, simply laze in the largest freshwater pool in the Caribbean, complete with multiple coves and islets, a zero-entry section, submerged seating, underwater music and more. Beach-hop among several distinct swaths of sand, including a sports-centric enclave, and when it comes time to fuel-up kick back with a frosty Coco Loco and savor Captain Jack’s signature crispy wings with island-inspired sauces such as mango-habanero and Caribbean jerk. Plus, don’t miss eying CocoCay from Up, Up and Away, a tethered balloon that provides the highest (450 feet) viewpoint in the Bahamas. What’s missing? Well, debuting in December, the ultra-chic Coco Beach Club promises the Bahamas’ first overwater cabanas. Each touts a private slide to the sea.

Holland America’s private island in the Bahamas enchants passengers with a classic, crescent-shaped beach that stretches for more than 2 miles. Add calm, offshore waters in unnamed shades of blue and you’ll begin to understand why one haunt is dubbed the “I Wish I Could Stay Here Forever Bar.” Less than 3% of 2,400 acres is developed. The rest serves as a nature preserve. You can hike, bike and board myriad watercraft to explore the environment, but Half Moon Cay also stands out as the only island with stables. Horseback ride up to the highest point and down into the surf. For a memorable bite, try lobster with rum-jerk butter glaze and Caribbean coconut rice at the new Lobster Shack. Or, stake out some white-sand real estate – everything from clamshells to two-story villas await – and simply spend time counting your blessings for having landed in such an idyllic spot. Feeling romantic? There’s a wedding chapel, too.

Passengers adore Disney Cruise Line’s private getaway so much that some itineraries spend two days calling on the 1,000-acre island. You’ll find a liquid playground outfitted for all ages, with both a high-energy family beach and a secluded adult beach. Lots of supervised activities for kids and teens are part of the deal, too. Swim out to Pelican Plunge, a 2,400-foot floating platform with waterslides, dump buckets and spray cannons; explore a snorkeling lagoon with sunken Disney memorabilia; and feed velvety stingrays. Ashore, join the Castaway Cay 5K and bike along an old air strip that leads to a lookout tower. Cool off at Spring-a-Leak, a structure with dramatic plumbing problems that serves up freshwater fun or opt for an Olaf-inspired “Frozen” mocktail. There’s even an In Da Shade Game Pavilion. Plus, expect to meet Mickey and friends all decked out in their most stylish beachwear.

Royal Caribbean offers another private retreat where activities abound, but the sea stops short at just three sides. Nestled on a remote peninsula along the unbridled coast of northern Haiti, Labadee boasts lush hills and pocket beaches to explore. Survey the wild landscape while soaring above the sea at 50 mph on the longest (2,633 feet) overwater zip line in the Caribbean. The ride practically funnels you into the open mouth of Dragon’s Breath Rock, a landmark that “breathes” when waves burst through a blowhole. An alpine coaster delivers more adventure mixed with wild views. Plus, this is the best place to hop astride a personal watercraft and eye spectacular tropical topography. For a cool drink, wade out to the floating bar off Adrenaline Beach. And, if you’re looking for pure relaxation, roost in a hillside cabana.

This 40-acre private resort exclusively for Princess’ passengers sits on the southern tip of Eleuthera. So, despite its name, this retreat isn’t technically an island even though the experience feels that way. Structures painted in sherbet hues and plenty of indigenous blooms create a colorful setting. Climb the lookout tower for a panoramic view; shop for local handcrafts at the marketplace; and sample enviable water sports equipment, including a fleet of new glass-bottom kayaks. You can even surf the net and stream videos thanks to new Wi-Fi ashore, a rarity at most retreats. Princess also has exported its popular, adults-only “Sanctuary” concept from ship to shore, expressed here in a secluded cluster of bungalows boasting things like air-conditioning, water misters and indoor/outdoor showers.

Virgin Voyages’ island won’t welcome passengers till next year, but some details regarding this adults-only private retreat have trickled out. Expect moments of “retox and detox” amid an atmosphere of “barefoot luxury,” where a day likely unwinds with yoga and meditation in the morning, celebrity DJ-led pool parties in the afternoon and beach bonfires with acoustic tunes in the evening. Anticipate a lagoon-style pool, hammock groves, six bars and multiple dining spots that serve locally inspired fare, such as conch and mango salad, banana leaf-wrapped queen snapper and Bahamian rum cake.

For some amazing photos of these beautiful beach destinations, check out the slideshow below.

Which of these private islands do you hope to cruise to?

Start planning your next cruise vacation with AAA. 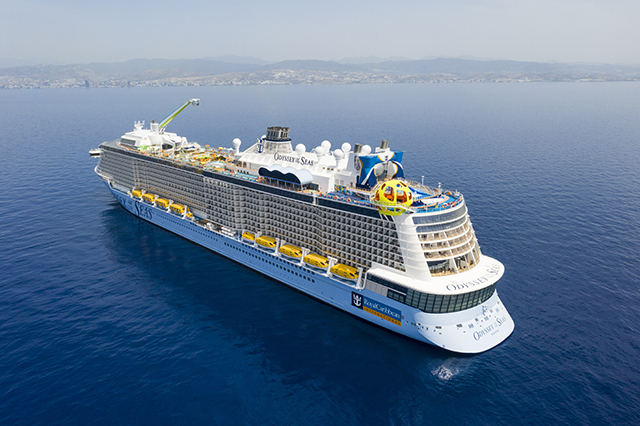 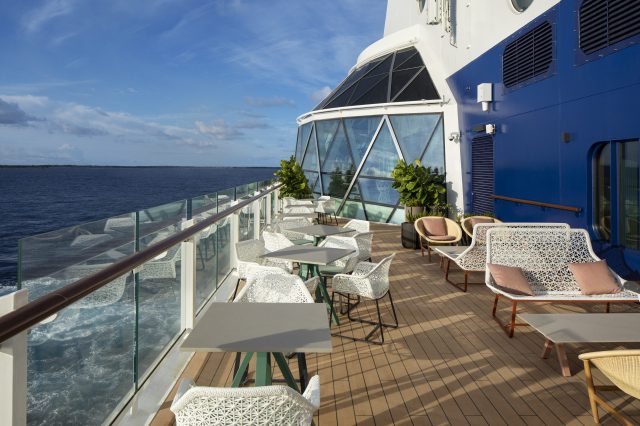 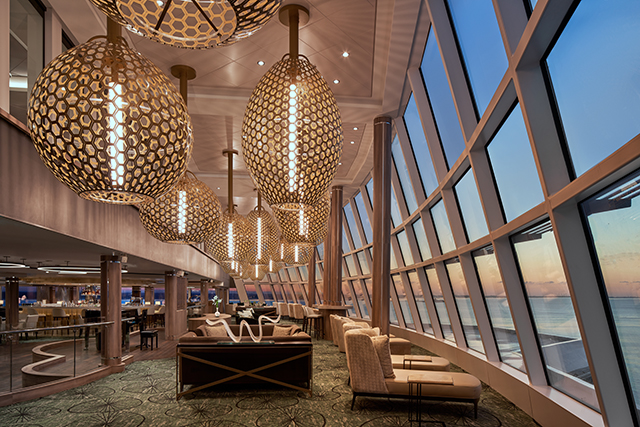