5 Nearby Island Getaways to Visit in the Northeast 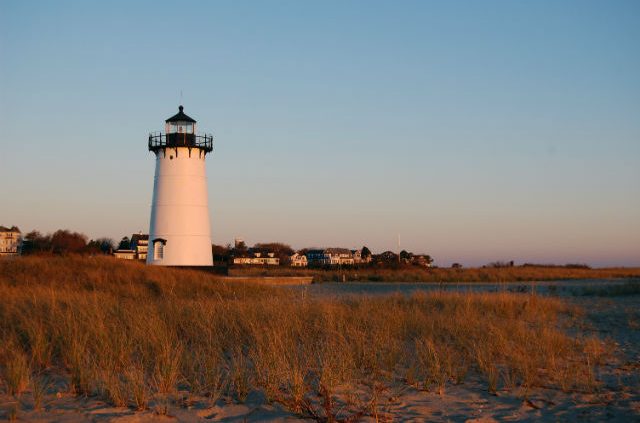 When you think destination islands in the United States, dreams of the Florida Keys might come to mind, or maybe it conjures up island hopping around Hawaii. In other words, the Northeast may not be your first thought.

However, there are plenty of spectacular islands in the Northeast and they deliver everything you could ask for from a summer getaway – steps to the beach, picturesque seascapes, delectable food and an abundance of outdoor activities.

Here are a few of our favorite Northeast islands worth visiting.

Just south of Cape Cod sits the island of Martha’s Vineyard. Roughly 100 square miles, this piece of paradise has been a summer getaway destination for New Englanders for decades. Martha’s Vineyard is the epitome of serene, filled with idyllic beaches and picturesque seascapes.

The island is also known for the historic colonial houses that line the streets. Though if it’s architecture you’re after you may want to visit Nantucket, the island just to the east. According to the National Park Service, the Nantucket Historic District is the finest surviving architectural and environmental example of a late 18th- and early 19th-century New England seaport town.

The Edgartown Lighthouse is one of the more popular things to see. Built in the 1800s, tourists flock to the lighthouse to catch a glimpse of the panoramic views at the top of its spiral staircase. The lighthouse isn’t the only 19th-century attraction on Martha’s Vineyard. Built in 1876, the Flying Horses Carousel is the oldest operating platform carousel in the country and is still open for rides today.

There are no bridges, so you’ll have to take a ferry, or fly if you’re so inclined. Fortunately, there are numerous ferry companies operating year-round out of the Vineyard and Nantucket, including several that carry cars.

Enjoy This Summer With More Savings

AAA members save up to $25* off the base rate of weekend and weekly rentals. Use your club discount code (CDP# 240) and PC# 205176 in your reservation. Not a Hertz Gold Plus Rewards® member? Join now and skip the counter.

A great indicator of the worthiness of any particular destination is how difficult it is to reach. Is a great spot truly a great spot – or is it just located within the “convenient” perimeter? On the other hand, if tourists continually return to a locale that’s difficult to reach, you know it’s worth the trek.

If you look at a map, Block Island seems to have broken off the tip of Long Island’s south fork tip and wandered into no-mans-land. The fact that it sits there, stoic and solitary, only adds to its intrigue. It also creates an atmosphere that is understated, laid back and peaceful.

Block Island is technically part of Rhode Island and you’ll need to get to the state’s mainland if you’d like to bring your car along for the trip. The only ferry that can take vehicles departs from Point Judith. Other ferries leave from Newport, RI; Fall River, MA; New London, CT; and Montauk, NY. New England Airlines also offers daily flights to Block Island Airport.

The island is only about 10 square miles so spend an afternoon renting a bike or moped and exploring the picturesque vistas. Water Street, the main hub, is home to several interesting shops selling art, crafts and other wares, as well as those dishing out homemade fudge and taffy, baked goods and ice cream. 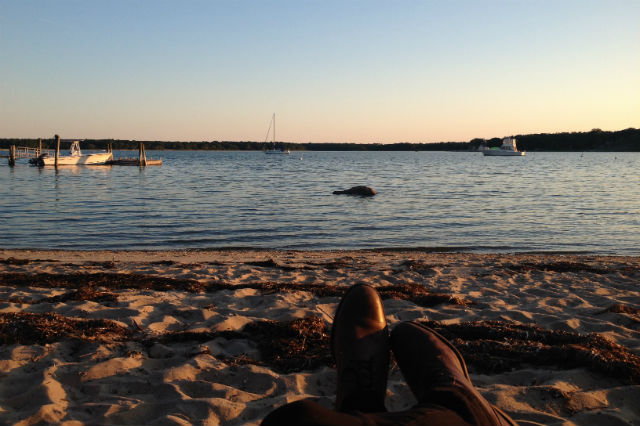 Located smack dab in between Long Island’s North and South forks, Shelter Island offers all the quintessential East End luxuries: beautiful beaches, spectacular views and world-class food. Yet it eschews the stuffiness – and crowds – that turns many visitors away from the Hamptons.

Even though it’s just a little more than a stone’s throw from the mainland, there are no bridges to Shelter Island. Ferries depart daily from both the North and South forks every 10-20 minutes year-round. Both ferries can accommodate vehicles.

Shelter Island has five public beaches, a nine-hole golf club and numerous parks, preserves and walking paths. With 2,039 acres of land, Mashomack Preserve covers nearly one-third of the island. It also has 11 miles of coastline and offers guided walks and a range of trails for hikers of all ability levels.

The nearly 300-year-old house at Sylvester Manor Educational Farm has acres of grounds and gardens to explore and holds workshops concerts, dances and other events that highlight local food and culture.

One of the major highlights of Shelter Island is the James Beard-nominated restaurant 18 Bay, which offers a four-course, Italian-inspired chef’s menu that showcases the pristine ingredients of Long Island’s North Fork.

While you’re in the neighborhood, check out Long Island’s bountiful wine region.

With an area of 108 square miles, Mount Desert is the second-largest island on the Eastern seaboard. Roughly half of it is preserved as part of Acadia National Park.

Covering nearly 50,000 acres, Acadia National Park is a nature lover’s playground. It features mountains, lush woodlands, lakes, ponds, wetlands and an ocean coastline. Traveling along Mount Desert Island’s 27-mile Park Loop Road offers some of the most picturesque views. Guests can also walk through the Wild Gardens of Acadia to see what’s in bloom and learn to recognize a variety of native plants.

If you’re on Mount Desert Island during low tide, a long, gravel bar emerges just north of Bar Harbor. For a few hours each day, it becomes passable, allowing visitors to walk across the Mount Desert Narrows and reach an outpost of the park – Bar Island.

But the main highlight of Acadia National Park (and Mount Desert Island) is Cadillac Mountain. On the eastern edge of the island, Cadillac Mountain rises 1,530 feet into the air, making it the highest point along the North Atlantic Seaboard. Cadillac Mountain also holds the distinction of being the first place in the country to see the sun rise. 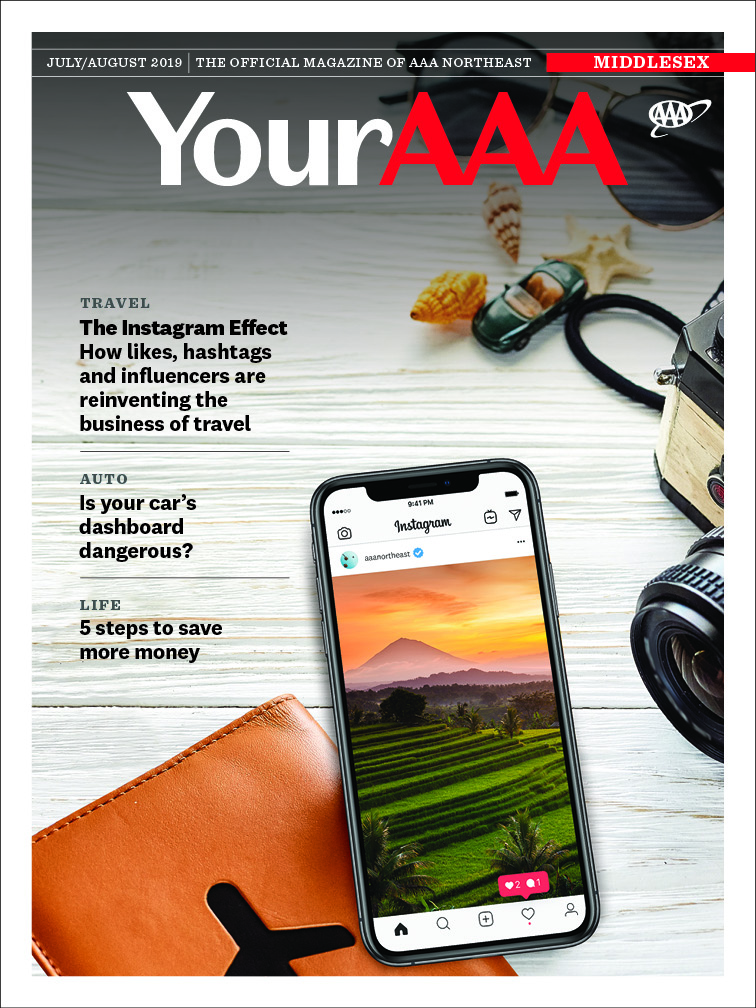